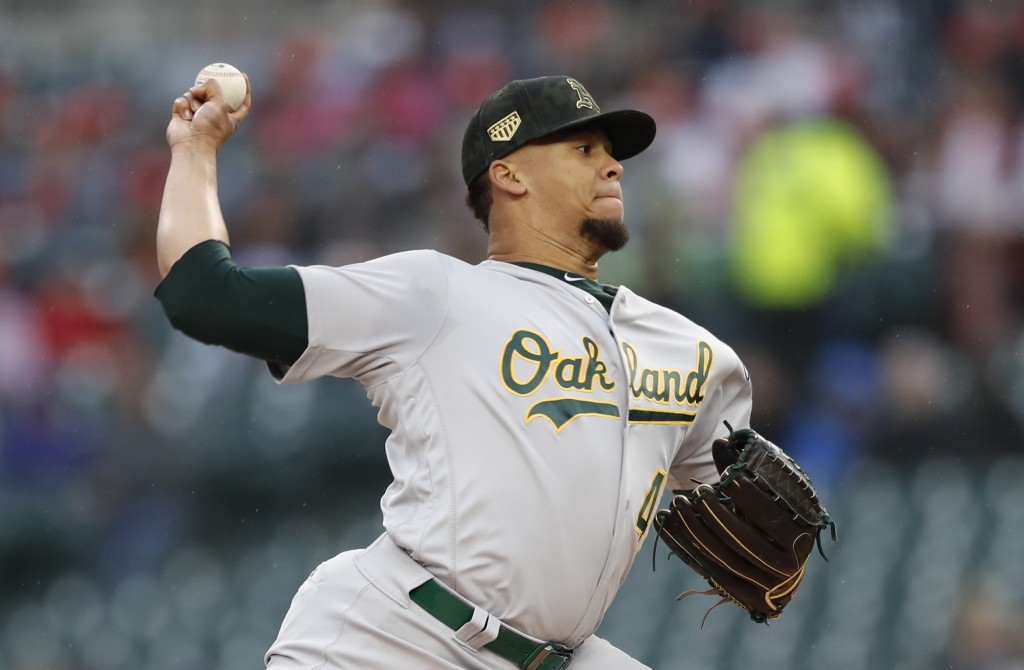 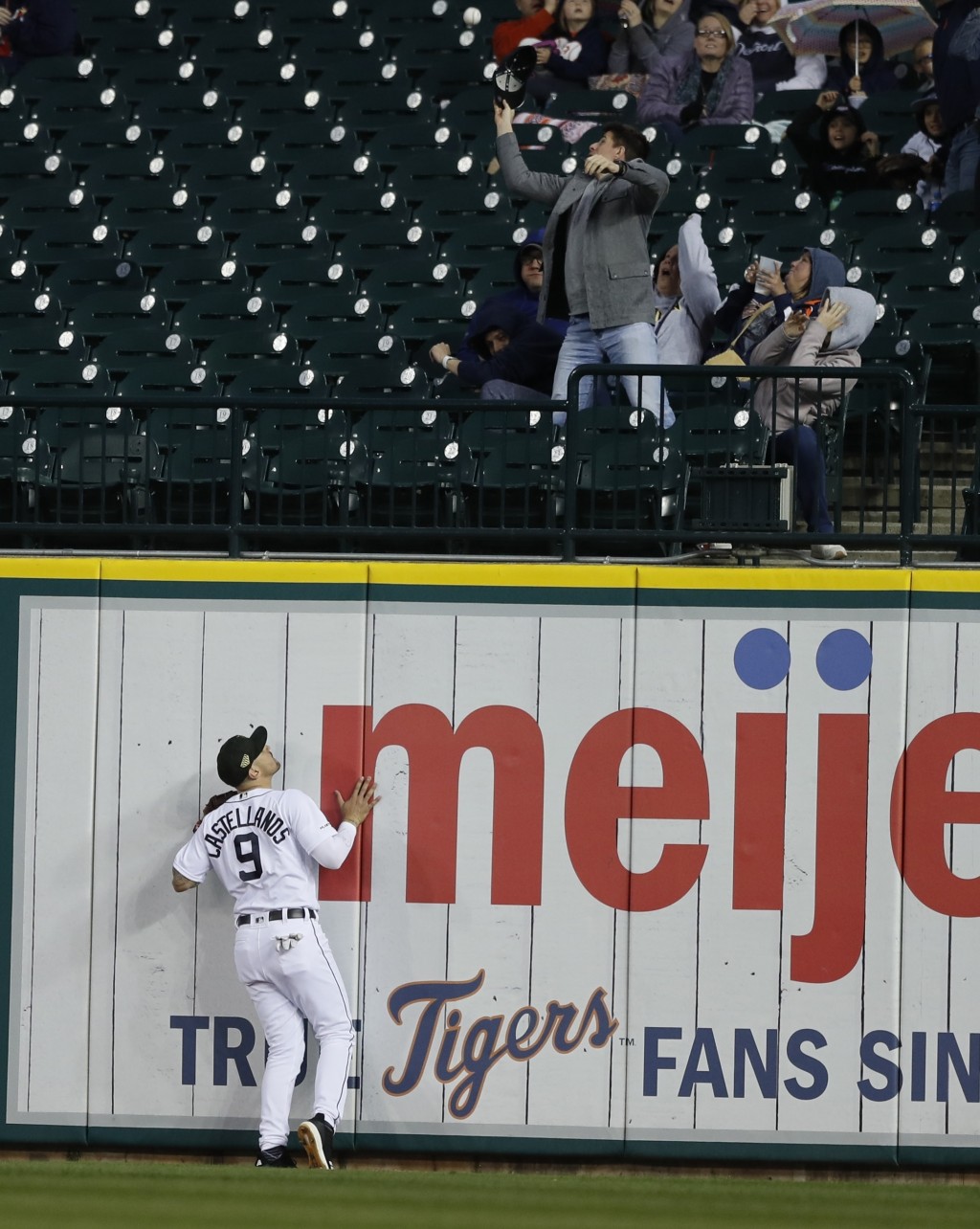 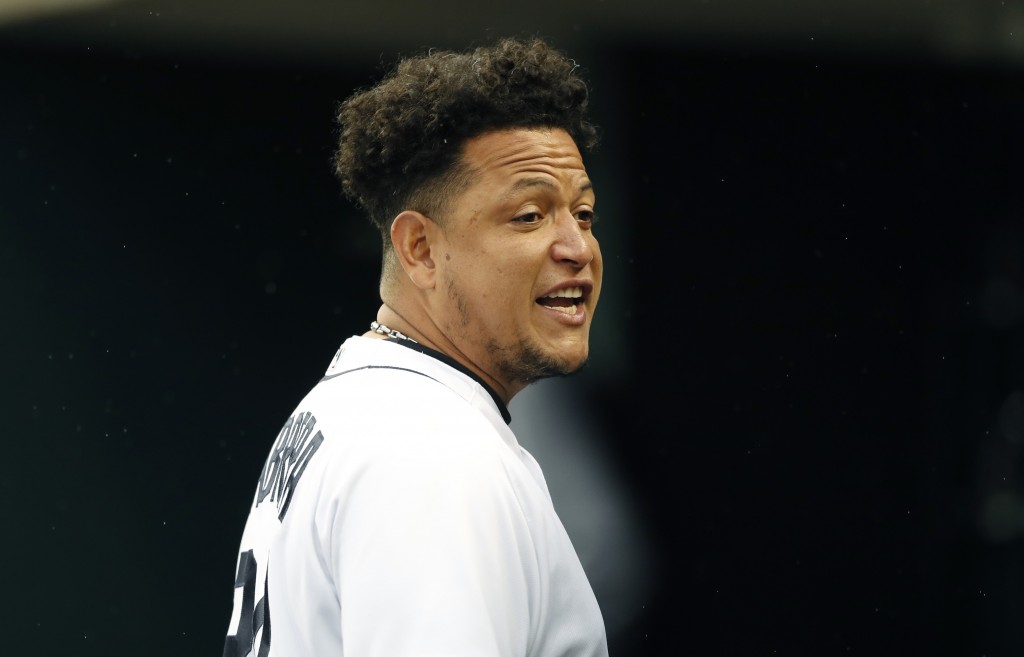 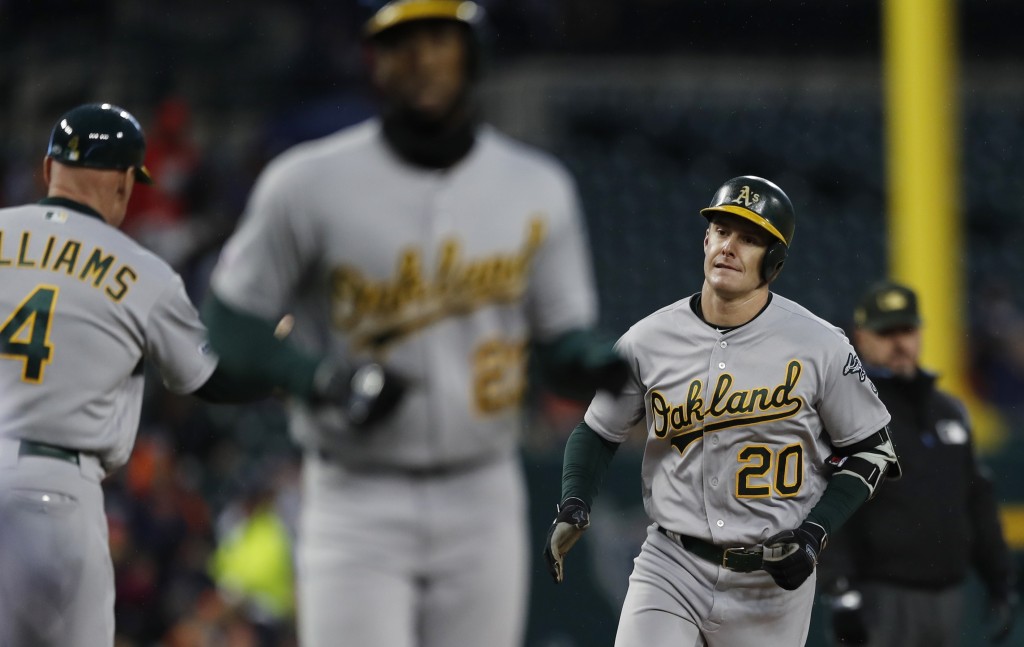 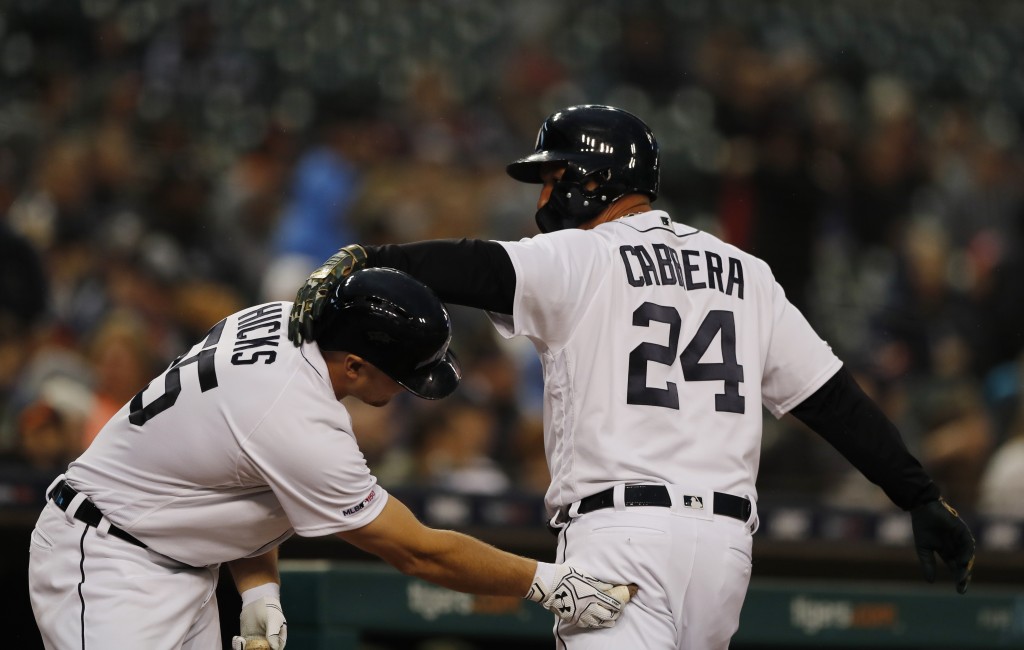 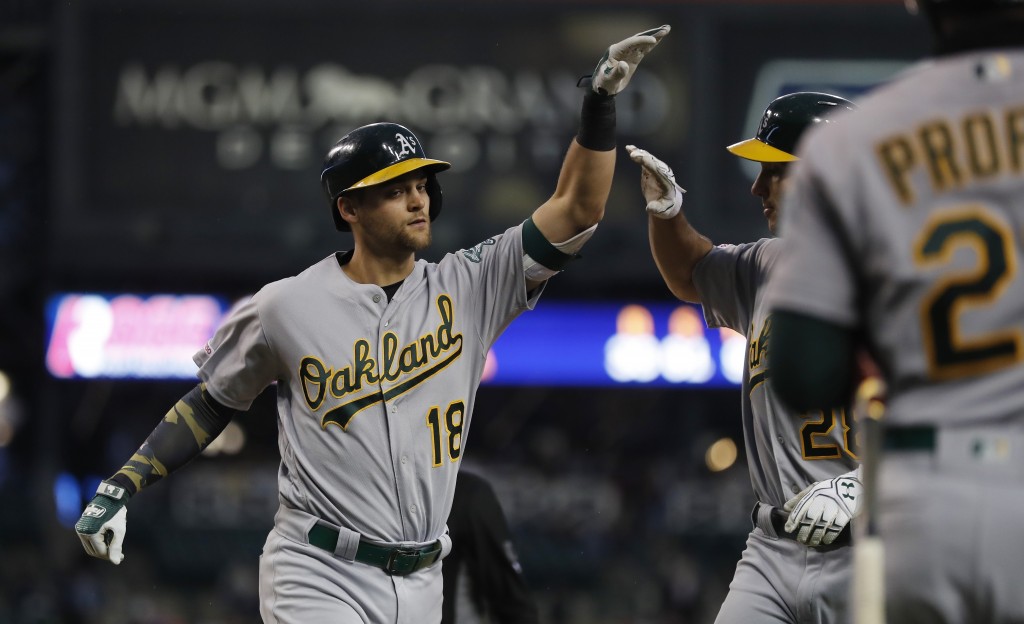 DETROIT (AP) — Frankie Montas pitched two-run ball into the ninth inning and the Oakland Athletics beat the Detroit Tigers for the 14th straight meeting with a 7-2 victory Friday night.

Montas (5-2) pitched a career-best 8 2/3 innings, allowing four hits while striking out a career-high ten. Lou Trivino relieved and got the final out after Montas allowed an RBI double to Miguel Cabrera.

Mark Canha and Chad Pinder homered for the A's, and Khris Davis had three hits.

Oakland's winning streak against Detroit is tied for the fifth-longest in franchise history, two short of a 16-game streak over the New York Yankees in 1989-91.

Detroit has lost the first five games of a 10-game homestand and been outscored 48-11 in the process. The Tigers didn't get a baserunner until Cabrera's leadoff double in the fifth.

The A's took a 1-0 lead in the fourth. Matt Chapman led off with a single, took second on Stephen Piscotty's base hit and moved up on Davis's fly ball to right. Oakland took advantage of Detroit's struggles turning double plays, as Matt Olson beat out shortstop Gordon Beckham's relay throw to get an RBI.

Canha made it 3-0 with a two-run homer in the fifth, but Josh Harrison's RBI double pulled the Tigers within two in the bottom of the inning.

The A's added three more runs in the sixth. Davis singled with one out in the sixth and scored when Olson's base hit to center skipped past JaCoby Jones for a two-base error. Pinder followed with a homer into the shrubbery beyond the center to make it 6-1.

Davis added an RBI single off Sandy Baez in the eighth.

Athletics: RHP Jharel Cotton, who has been out since having Tommy John surgery in March 2018, was scheduled to start Friday night for Class A Stockton.

Tigers: 1B Niko Goodrum was a late scratch with flu-like symptoms. Beckham took his spot in the lineup, playing shortstop, while Ronny Rodríguez moved to first. ... Cabrera was the DH for the second straight day. He left Tuesday's game early with knee stiffness, then sat out Wednesday against Justin Verlander and the Astros.

Detroit's 14-game skid against the A's is its longest against one team since dropping 14 straight to the Los Angeles Angels in 2002-03.