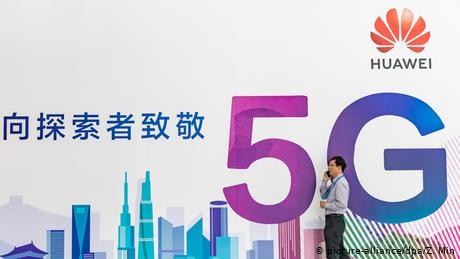 In May 2017, at the first Belt and Road International Forum, Chinese President Xi Jinping announced that big data would be integrated into the Belt and Road Initiative (BRI) to create the "digital Silk Road of the 21st century."

Nearly two years later, this "digital Silk Road" is closer to going online. During a CEO conference held at the second Belt and Road forum on Thursday in Beijing, Chinese telecoms courted investment from global business leaders for the digital phase of the BRI.

China wants to integrate financial markets and connect countries and cities along its Belt and Road with a network of next-generation digital infrastructure and satellite coverage.

Strategists and technology experts who are critical of China's intentions say that by building digital infrastructure across the developing world, China could end up dominating a large chunk of the global communications market, and therefore be able to dictate the future of cyberspace.

However, at this point, telecom companies in the West aren't putting up much of a fight for the smaller markets that the BRI is aimed at. And, meanwhile, China is quickly taking the lead in developing and implementing 5G, the ultrafast data network technology that is set to turn the digital Silk Road into an information superhighway.

As of February 2019, Chinese telecom giant Huawei owned 1,529 5G patents — more than any company in the world. Combine that with patents by other Chinese telecoms like ZTR, and 36% of all 5G patents worldwide are owned by Chinese firms, according to the Wall Street Journal.

Huawei and the USA

As this next generation of data networks is rolled out, the US wants its allies to limit or block Huawei's 5G technologies, and warns that Huawei-equipped networks could be hacked by Chinese spies.

For Belt and Road countries in Africa and Asia with less-developed infrastructure, China is offering a chance to catch up with the high-speed digital world. For example, Huawei is building Zambia's communications infrastructure from the ground up, and Chinese e-commerce giants Alibaba and Tencent are planning services for small businesses in Southeast Asia.

But if tension between the US and China on standards and regulation grows, BRI countries that have been hooked up with Chinese technology could one day be operating on a separate system. Although there is nothing stopping these countries from using Western tech, Chinese firms can currently offer a high-quality product at a lower price.

This puts US and European telecom companies at a disadvantage. As Chinese tech takes over smaller markets, it allows for more research and development, which will reduce the competitiveness of Western tech companies.

According to Robert Atkinson, president of the Information Technology and Innovation Foundation (ITIF), a US tech think tank, Huawei invests more in research and development than any other company in the world.

"That can lead to a virtuous circle where they innovate faster, taking even more market share from companies like Nokia and Ericsson," Atkinson told DW, adding that once China dominates a market, competitors will find it difficult to gain a foothold.

Read more: Can the EU control China's connectivity in Europe?

As far as data security is concerned, the benefit of high-quality, low-cost data networks outweighs the security risk for many BRI countries.

"Each nation has to make its own assessment of the security risks of using Chinese telecom equipment," said Atkinson. "If the view is that there are risks, there is no reason why nations cannot buy equipment from firms in the US, Europe and South Korea."

Chinese officials call the digital Silk Road a "community of common destiny in cyberspace." But as Beijing begins implementing its digital strategy and starts installing digital hardware and networks in countries with authoritarian tendencies, like the Philippines, Malaysia or Zambia, there are concerns over what values this "community" will possess.

Nadege Rolland, a senior fellow at the National Bureau of Asian Research in Washington, said that is important to pay attention to the "intangible components" of the digital Silk Road, such as Beijing promoting its version of internet governance norms.

"For semi-authoritarian countries around the world, a great number of which are under the BRI umbrella, the Chinese model of digitally enabled surveillance of their population probably appears quite appealing," said Rolland, who is a former adviser to the French government on China strategy.

"As BRI countries become dependent on China for their internet, they also open the possibility of Beijing monitoring and diverting their data traffic, feeding China's intelligence collection and technological advances in areas such as AI," she added.

In February, William Mayville, former deputy commander of US Cyber Command, said that China was "unfit to own large chunks of the world's communication infrastructure."

Speaking during a panel discussion hosted by the Washington-based Center for Strategic and International Studies (CSIS), Mayville said the US did not trust Chinese "modernization."

"Given its extensive surveillance, given its censorship, and given the fact that it has for years been stealing intellectual property, it is wholly problematic," Mayville said.