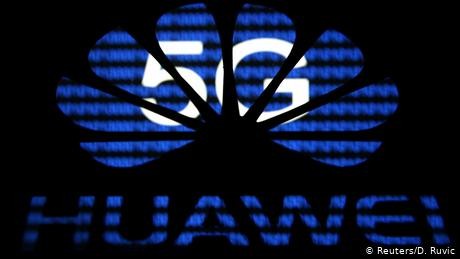 The leaders of Germany, France and the Netherlands said Thursday that their governments do not plan to follow the lead of the US and ban Chinese telecommunications company Huawei from involvement in their national 5G high-speed mobile networks.

"For us, the security criteria are the decisive starting point in terms of deciding who will participate in the expansion," Merkel said, adding that the criteria are not directed against individual countries or companies.

Speaking alongside Merkel in Berlin, Dutch Prime Minister Mark Rutte said the Netherlands would not exclude companies in advance of any auction for 5G networks.

French President Emmanuel Macron said separately that it was "not appropriate" to start a trade dispute over technology. The goal is not to exclude Huawei or other companies from network expansion but to provide the necessary security, he said while at an industry conference in Paris.

Nevertheless, the General Intelligence and Security Service of the Netherlands has started an investigation into possible "secret back doors" on Huawei products, according to a report in De Volkskrant newspaper.

US President Donald Trump declared a national emergency for the telecommunications sector on Wednesday, citing "unacceptable risks" from "foreign adversaries" — including from cyberespionage and sabotage.

The executive order empowers Washington to ban technology and services, including Huawei, which US Commerce Secretary Wilbur Ross said would be blacklisted as of Friday.

The US has urged allied governments to exclude Chinese companies such as Huawei from the 5G expansion over concerns the Chinese government could use the equipment as a backdoor for spying.

British ministers have discussed giving Huawei a restricted role in building parts of its 5G network. The final decision has not yet been published.

However, a former head of Britain's MI6 foreign spy service said Thursday that Huawei poses such a grave security risk to the United Kingdom that the government should ban it from the expansion.

"I very much hope there is time for the UK government, and the probability as I write of a new prime minister, to reconsider the Huawei decision," said Richard Dearlove, who was chief of the Secret Intelligence Service from 1996 to 2004.

"The ability to control communications and the data that flows through its channels will be the route to exercise power over societies and other nations," Dearlove wrote in the foreword to a report on Huawei by the Henry Jackson Society, a neoconservative think tank based in London.

Huawei is one of the largest suppliers of telecom equipment in the world. Founded in 1987, the company said on its website that its products reach over a third of the world's population in 170 countries.