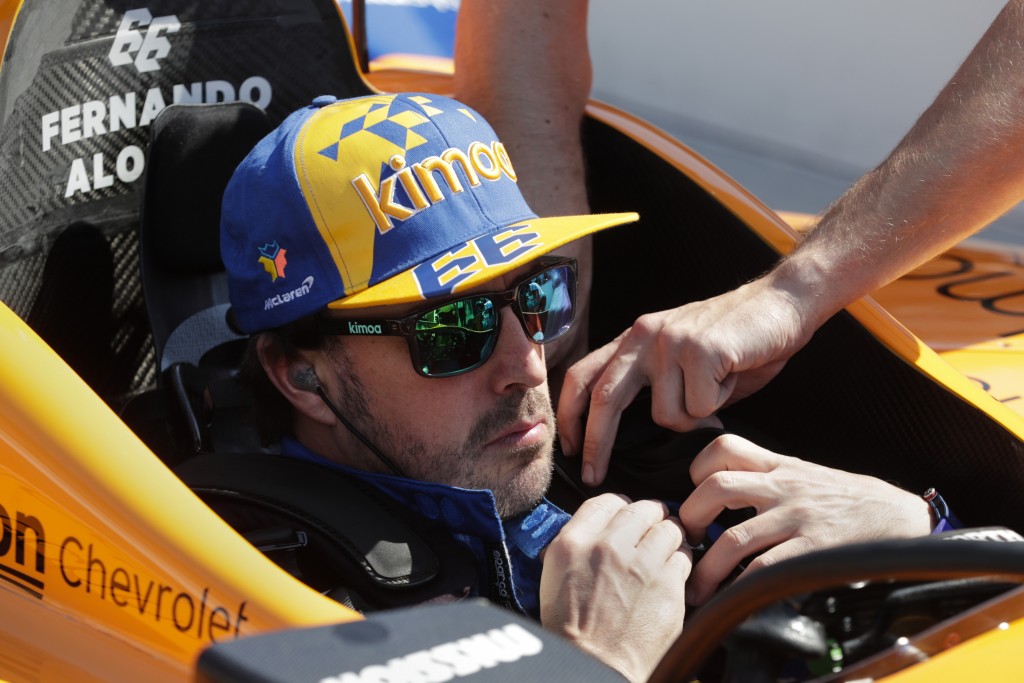 INDIANAPOLIS (AP) — Fernando Alonso is finally back on track preparing for the Indianapolis 500.

McLaren lost almost two full days of practice after Alonso crashed Wednesday. The team needed the entire next day to rebuild the Spaniard a car, which was ready to go when Friday morning's session began.

Felix Rosenqvist and Patricio O'Ward also crashed and went to backup cars, but Rosenqvist struggled the day after his accident. He admitted before Thursday's practice there is a far bigger mental aspect to preparing for the Indy 500 than the rookie expected.

The fourth day at Indianapolis Motor Speedway is considered "Fast Friday" because engine makers give teams a horsepower boost to prepare for weekend qualifying. There are 36 drivers vying for 33 spots in the field for the May 26 race.