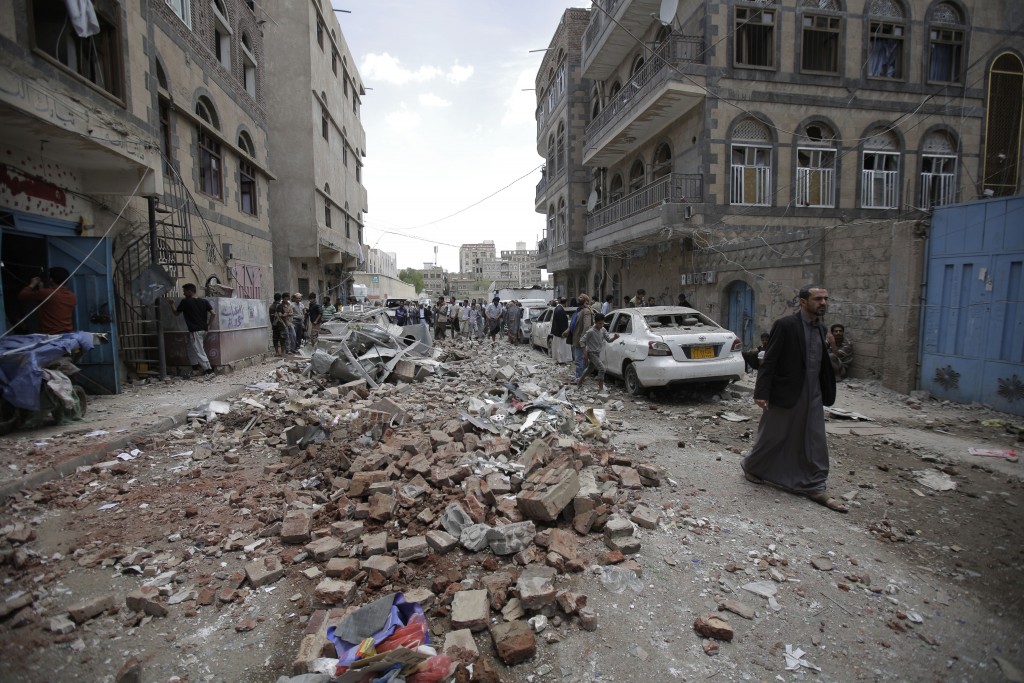 CAIRO (AP) — The U.N. refugee agency says it is "deeply saddened" by the targeting of civilians in recent airstrikes by the Saudi-led coalition, which left at least six dead including four children, in Yemen's capital.

The agency issued a statement Friday quoting its spokesman Andrej Mahecic as saying that refugees were among those injured in Thursday's attacks, including a Somali woman and her daughter who were receiving "critical" medical treatment.

The U.N. refugee agency, UNHCR, says the humanitarian conditions for more than 275,000 refugees and asylum seekers who live in Yemen have "deteriorated significantly" due to the ongoing war.

Yemen's four-year civil war has produced the world's worst humanitarian crisis. Fighting has pitted Iran-aligned Houthi rebels against the internationally recognized government, which is backed by the Saudi-led military coalition.