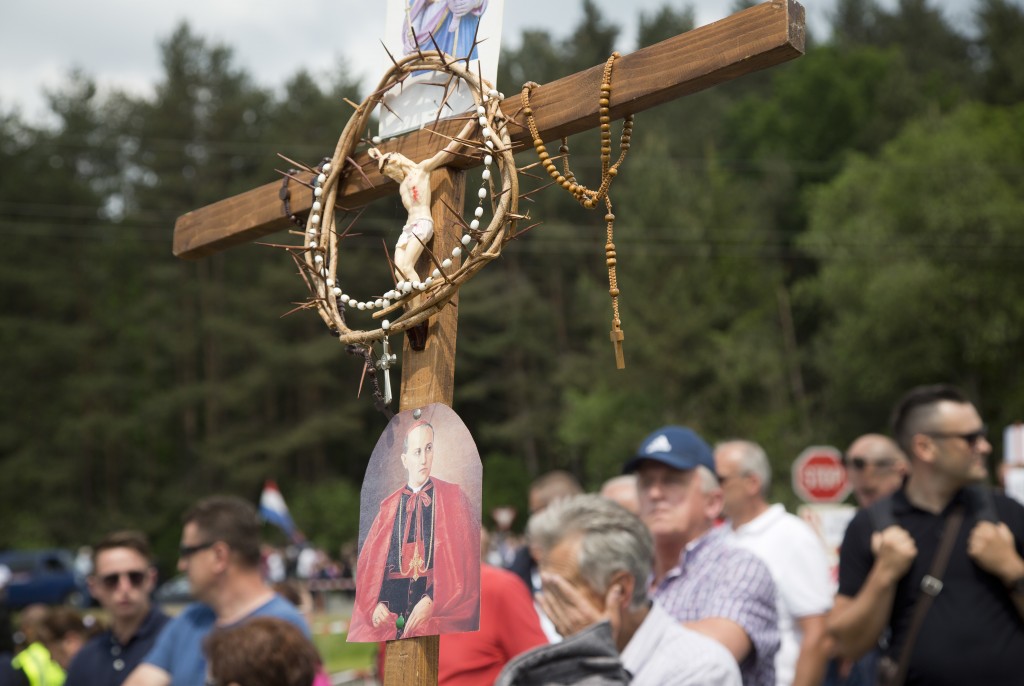 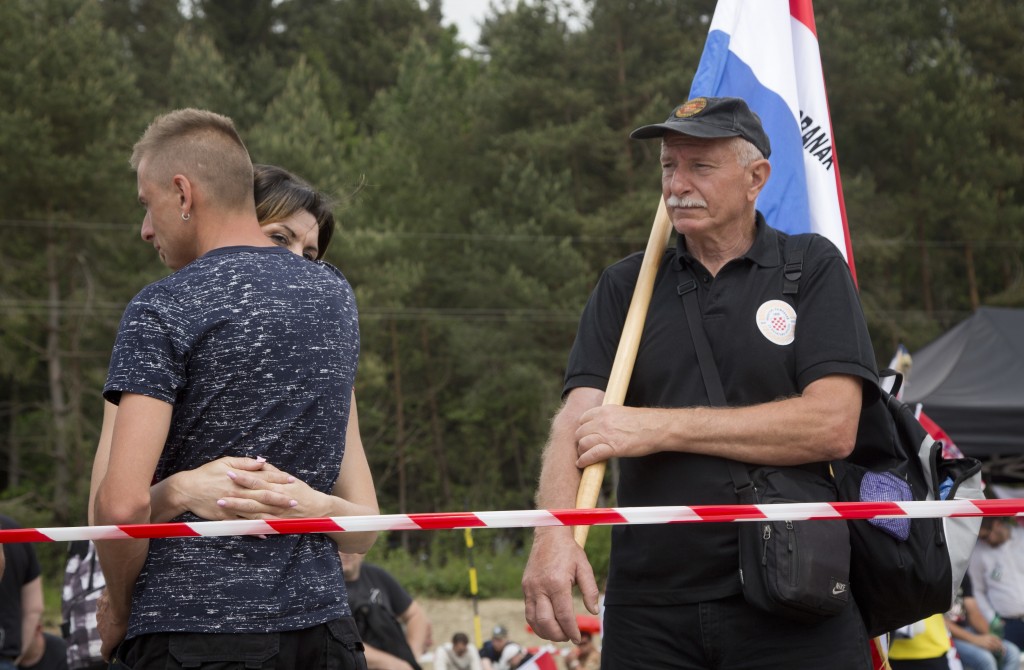 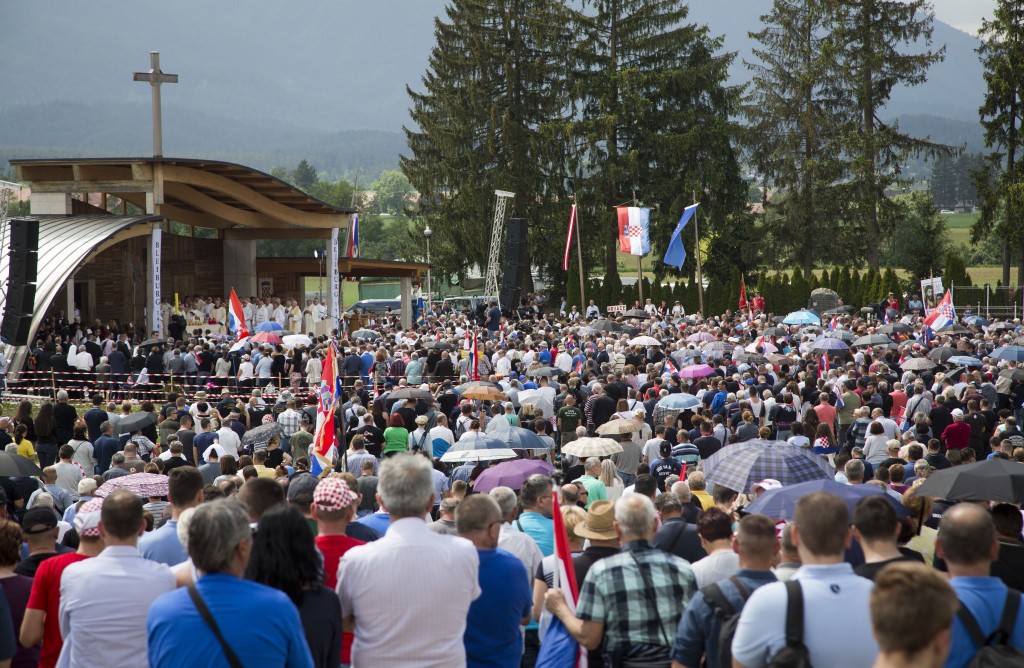 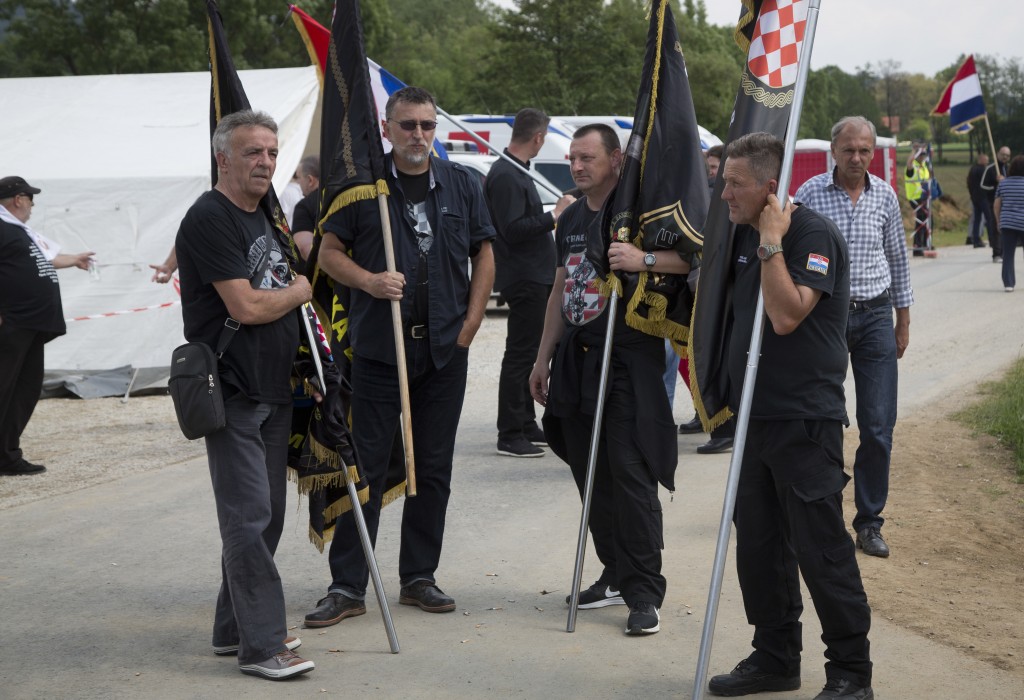 ZAGREB, Croatia (AP) — Croatia's divisions over its World War II legacy will be out in the open when German Chancellor Angela Merkel visits the country to drum up support for moderate, conservative candidates in the upcoming elections to the European Parliament.

While Merkel will on Saturday address the main convention of the center-right European People's Party (EPP) in the capital, Zagreb, thousands of Croatians are due to gather in a field in southern Austria to commemorate a massacre of tens of thousands of soldiers and their families from the Nazi-supporting Ustasha regime, in May 1945.

During what is her only appearance at a pre-election gathering outside Germany, Merkel hopes to give a boost to Croatia's ruling conservative Croatian Democratic Union party, which is expected to come top in the May 26 vote. Pre-election polls say Croatia's left-wing Social Democratic Party will come in second, followed by far-right groups.

Merkel has been campaigning against the rise of populism and far-right extremism in Europe, but Croatia's nationalists are optimistic they can outperform expectations and hope that the annual commemoration in the Austrian village of Bleiburg will shore up support. The Ustasha soldiers died days after the formal end of World War II at the hands of the anti-fascist Yugoslav army after their retreat was halted by the British military.

Croatia's Ustasha regime during World War II has been contentious in the country and in the wider Balkans ever since. The regime was responsible for sending hundreds of thousand Serbs, Jews, Roma and Croatian anti-fascists to death camps.

For Croatian nationalists, the Bleiburg site symbolizes the suffering endured under communism after the war when Croatia was part of Yugoslavia. Croatia regained its independence in a war against the Serb-led Yugoslav army in the 1990s — the memories of World War II were never far away in that conflict.

During her pre-election campaign, the leader of the small Independents for Croatia far-right party, Bruna Esih, said Bleiburg represents a "symbol of sacrifice, suffering and freedom."

Many in Croatia disagree.

"Innocent people died in the (WWII) concentration camps," said former Croatian president Stipe Mesic. "In Bleiburg, the Ustasha army capitulated and they were not innocent victims."

The memorial in Bleiburg, sponsored by Croatia's parliament, has developed into a festival of right-wing extremism. Anti-fascist groups from Croatia, Slovenia and Austria have requested the event be banned and plan to protest on Saturday. Since last year, Austrian authorities have banned Ustasha flags, their black uniforms and insignia with the letter "U'' at the gathering, and the local Austrian Catholic Church refused to take part in prayers held in the vast field surrounded by mountains.

"Anyone has the right to mourn their loved ones, regardless of who they were or how they ended up," said Franjo Habulin, head of the Association of Antifascist Fighters of Croatia. "However, no civilized European country has the right to participate in commemorating the fall of fascism."

For more news from The Associated Press on the European Parliament elections go to https://www.apnews.com/EuropeanParliament