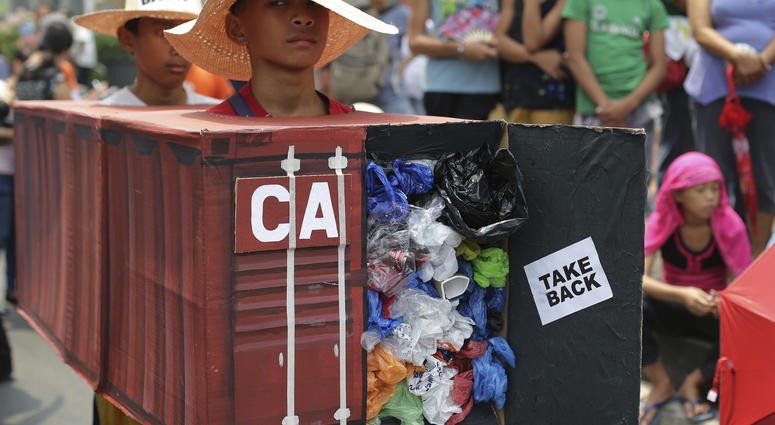 TAIPEI (Taiwan News) – Relations between the Philippines and Canada have reached their worst point in decades over Ottawa’s inability to retrieve tons of garbage that was sent to the Asian country years ago.

Philippine President Rodrigo Duterte gave Ottawa a May 15 deadline to retrieve the garbage. After Ottawa failed to act before the deadline, on May 16 Manila recalled its ambassador, Petronila Garcia, and embassy staff from Canada.

They were ordered to leave Canada immediately, and are expected to be on their way back to the Philippines by Friday (May 17).

President Duterte has expressed his frustration with Canada is less than diplomatic language. Previously, Duterte even threatened to “declare war” over the issue.

"I want a boat prepared. I'll give a warning to Canada maybe next week that they better pull that thing out or I will set sail to Canada and pour their garbage there…Prepare a grand reception…Celebrate because your garbage is coming home. Eat it if you want to.”

The Philippines Foreign Affairs Secretary, Teddy Locsin Jr., made a tweet commenting on the decision stating that the Philippines will “maintain a diminished diplomatic presence in Canada until its garbage ship” is headed to pick up the containers full of Canadian waste.

Locsin said the measure is necessary for the Philippines to maintain its dignity. According to a report from Business Times, officials from Ottawa and the Philippines were supposed to meet in Tokyo on the sidelines of Imperial coronation ceremonies at the beginning of May, but the Canadian delegation failed to show. Canadian Prime Minister, Justin Trudeau, has reportedly offered no apology for Canada’s lapse in diplomatic decorum. Commenting on the crisis, Trudeau said,“We are going to continue to work on this and we very much hope to get to a resolution shortly,” reports the Globe and Mail.

According to the Business Times, the controversy was sparked several weeks ago when Philippines customs agents discovered 103 shipping containers in Subic Bay that were filled with household trash, and which had been falsely labeled and imported as recyclable plastic materials in 2013 and 2014 by a private firm, Chronic Inc. in violation of the Basel Convention.