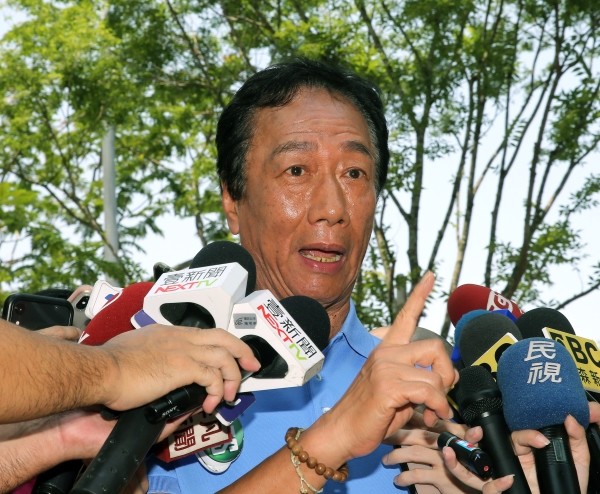 On Friday (May 17) Taiwan became the first country in Asia to legalize same-sex marriage after 66 of 93 present legislators voted in favor of four key articles guaranteeing same-sex couples the right to marry. When news broke of the law's passage, Gou, who was on a tour of industries in Hualien's Shoufeng Township, was asked by reporters what he thought of the new legislation.

Gou gave the following terse reply according to CNA:

"It is a pity that the resulting amendment did not comply with the substance of the referendum, but the Legislative Yuan has its functions and powers. Now that the law has been enacted, we are a country ruled by law, and I respect it."

However, Gou's statement is factually incorrect as the government's action was indeed in response to referendums on gay marriage which passed in last November's elections.