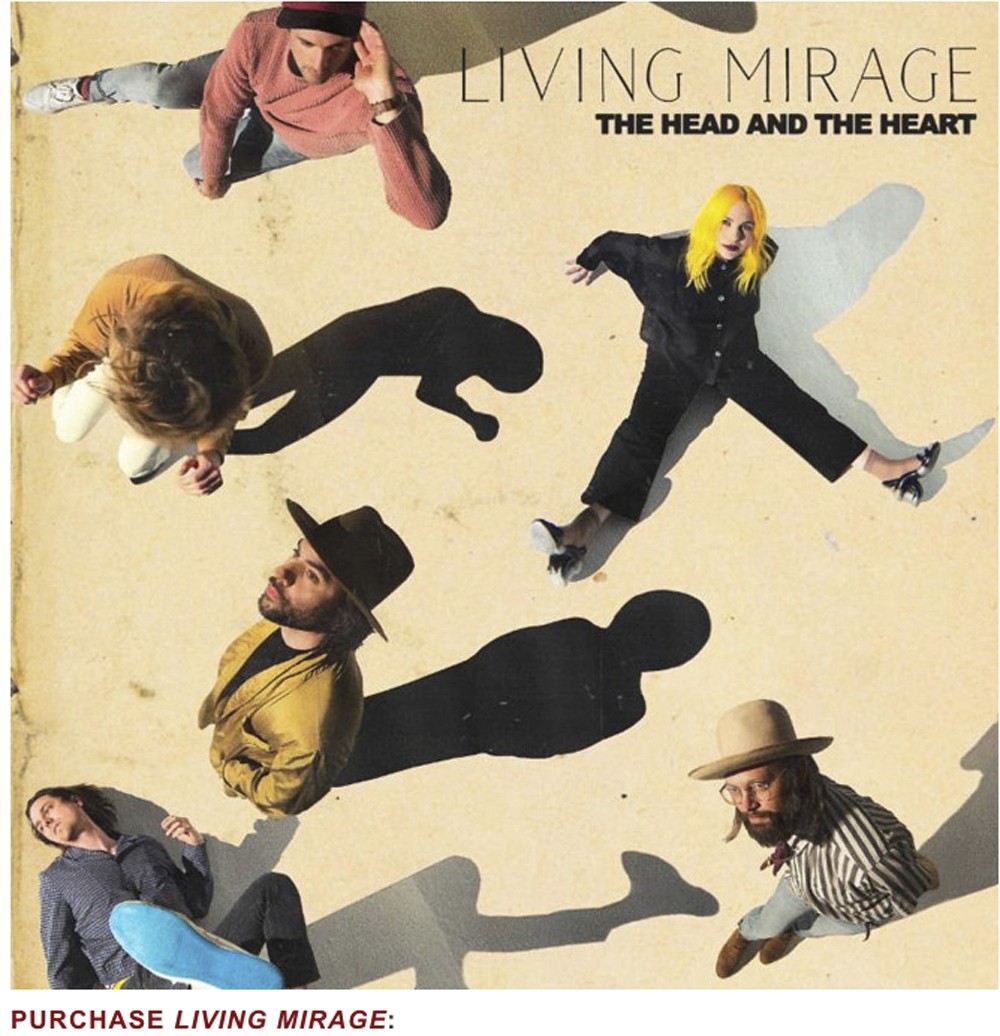 The Head and the Heart, "Living Mirage" (Warner Bros. Records)

On the heels of bands like the Avett Brothers and Mumford & Sons, the Head and the Heart arrived into the folk-rock scene at just the right time. Their self-titled debut — self-released in 2009 and later released by record label Sub Pop in 2011 — resonated with fans who delighted in their organic sound. From the tight harmonies to sparse production, the album was vulnerable and pure.

Fast-forward 10 years and the Head and the Heart have headed down a different path entirely. Fans looking for the folksy rock they fell in love with will be disappointed by the clean, heavily produced fourth record, "Living Mirage."

The album contains only a glimmer of the magic held within the Head and the Heart's first two albums. The band's third release, "Signs of Light," hinted at the group's transition toward pop, but it isn't until the first two songs of "Living Mirage" that this identity shift is fully realized.

Those tracks — "See You Through My Eyes" and "Missed Connection" — are arguably the album's weakest. Gone are the idiosyncrasies that colored the group's early work. The rough edges of Jonathan Russell and Charity Rose Thielen's voices have been polished to perfection, and with them, the texture and charm eradicated.

The Head and the Heart are the strongest with songs like "Glory of Music," where the production is stripped back and the raw vocals shine through. The title track is a breath of fresh air as the harmonica trickles in and Russell croons, "When I give in to you/Every word that you say rings true."

The album has some other moments of brilliance, but they seem fleeting or lost among a collection of songs that don't hold the same weight as the past work of the band.

Simply put, the heart is gone from the Head and the Heart.