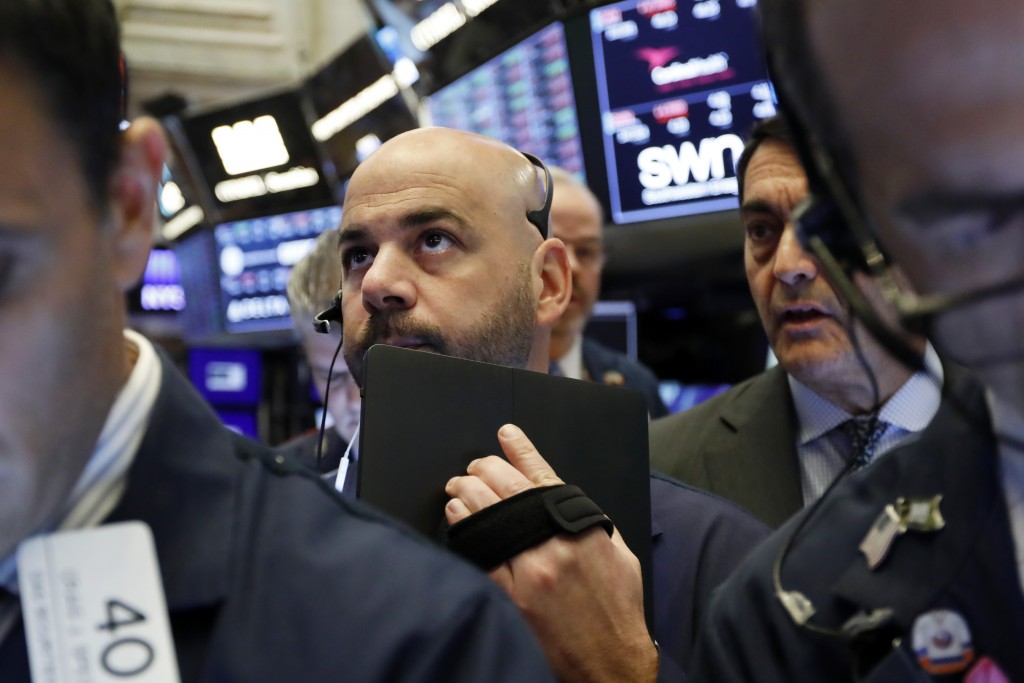 NEW YORK (AP) — Stocks marched higher for the third day in a row Thursday, erasing the big plunge they took on Monday on worries about the worsening trade fight between China and the U.S.

The steady gains mark a turnaround from Monday, when stocks took a nosedive after Beijing issued retaliatory tariffs on U.S. goods, ratcheting up tensions between the two largest economies in the world.

The S&P 500 and the Nasdaq are now both at breakeven for the week following steep drop drops on Monday. The Dow Jones Industrial Average is still down slightly for the week

Technology stocks were also big gainers. The sector, which is highly exposed to trade tensions with China, has been volatile all week. Microsoft added 2.6% and Amazon rose 2.4%.

GOOD CONNECTION: Cisco jumped 5.9% after the company beat Wall Street's fiscal third quarter earnings forecasts. The maker of gear that connects computers also issued a solid forecast for the current quarter. The company said it has factored in the escalating trade war between the U.S. and China and sees "very minimal impact" ahead.

WALMART WHIPS GROWTH: Walmart rose 3.5% after reporting a surge in a key sales measure and strong online sales growth. The world's largest retailer also beat Wall Street's profit forecasts for the first quarter. The company has been working to get more people into its stores and use its online shopping service. It recently launched next-day delivery as it faces tougher competition from other retailers and Amazon.