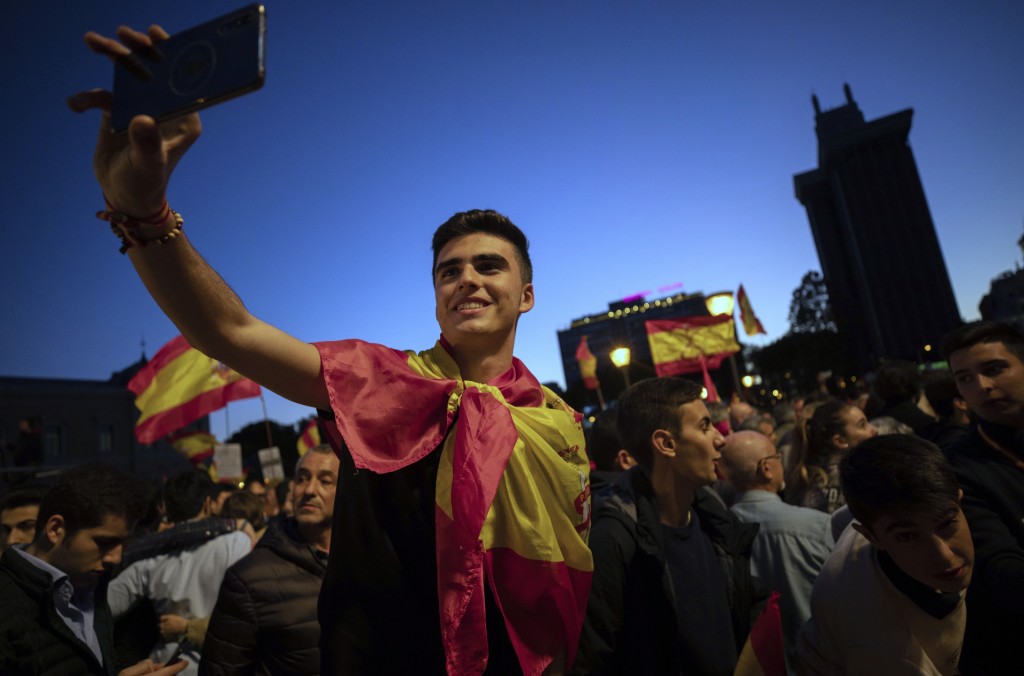 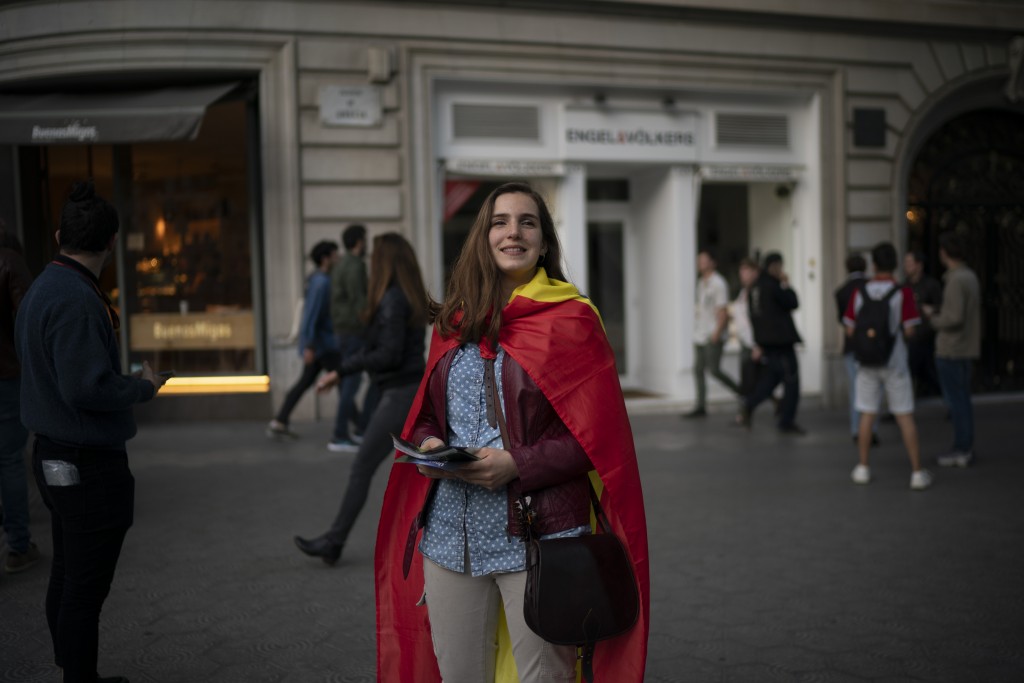 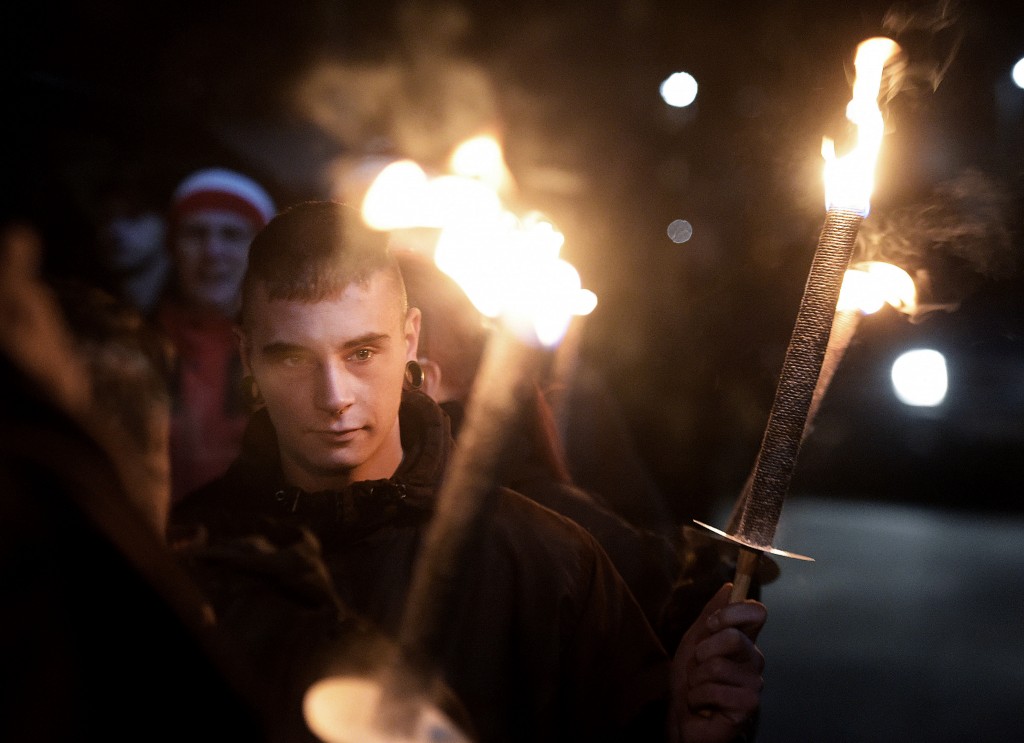 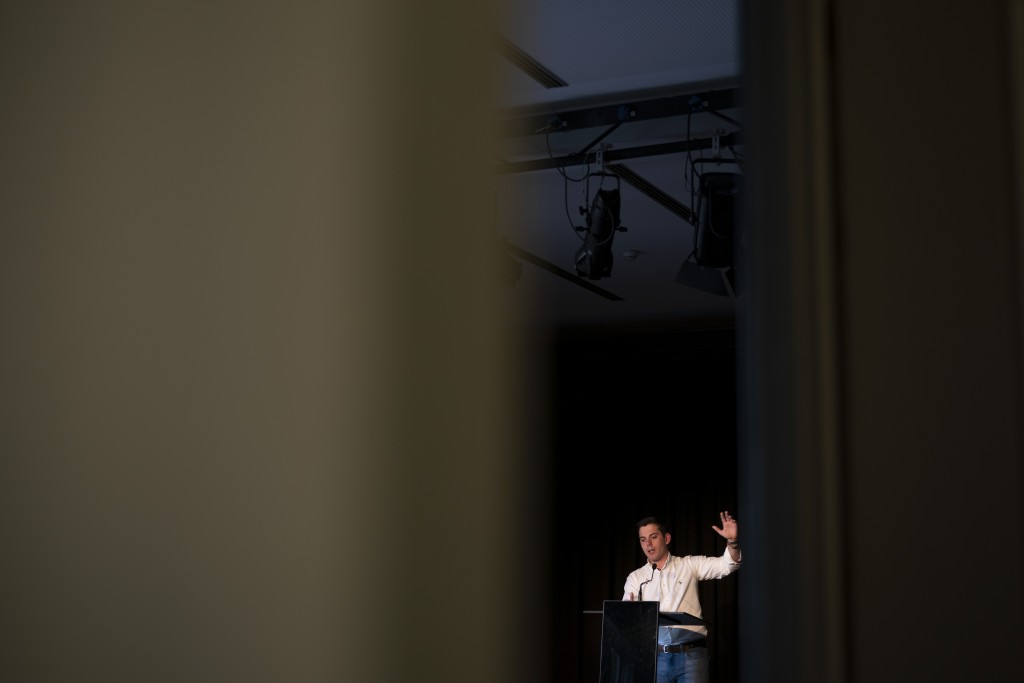 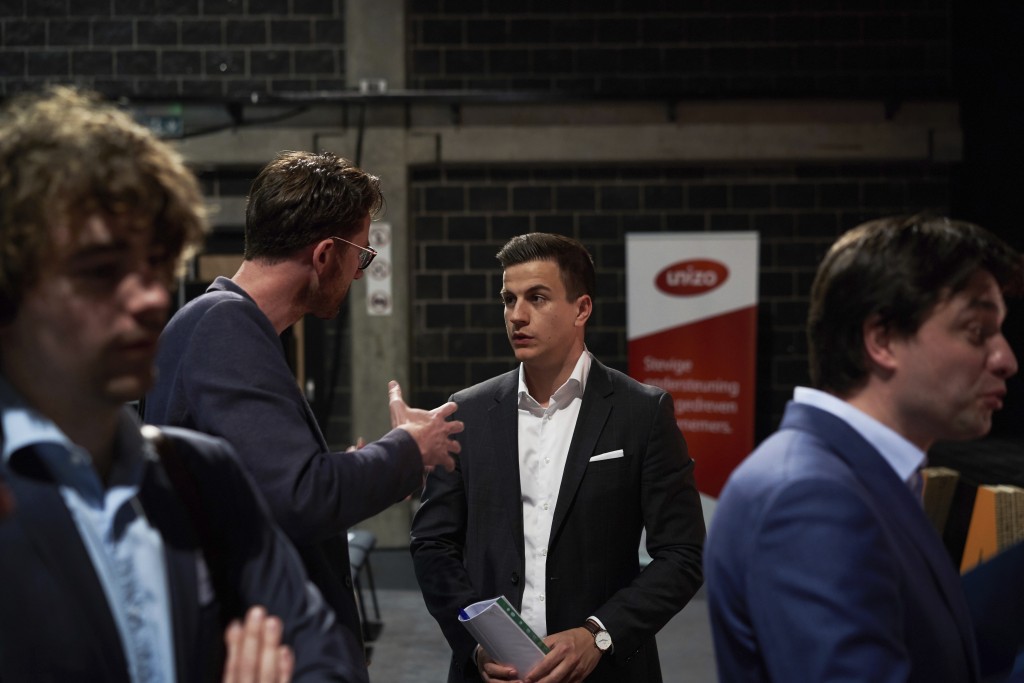 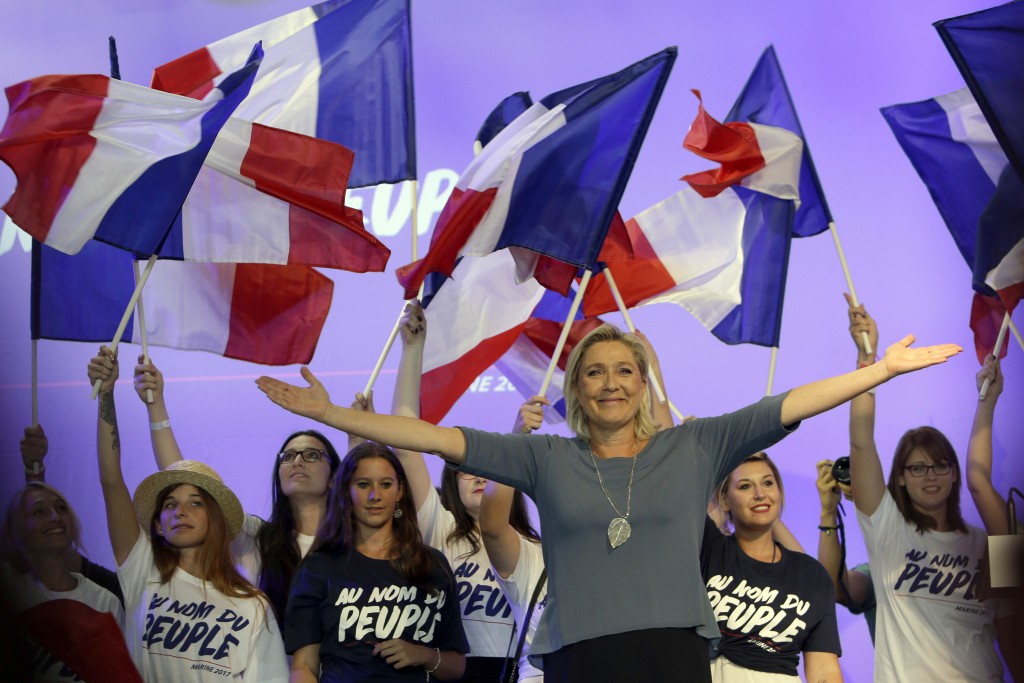 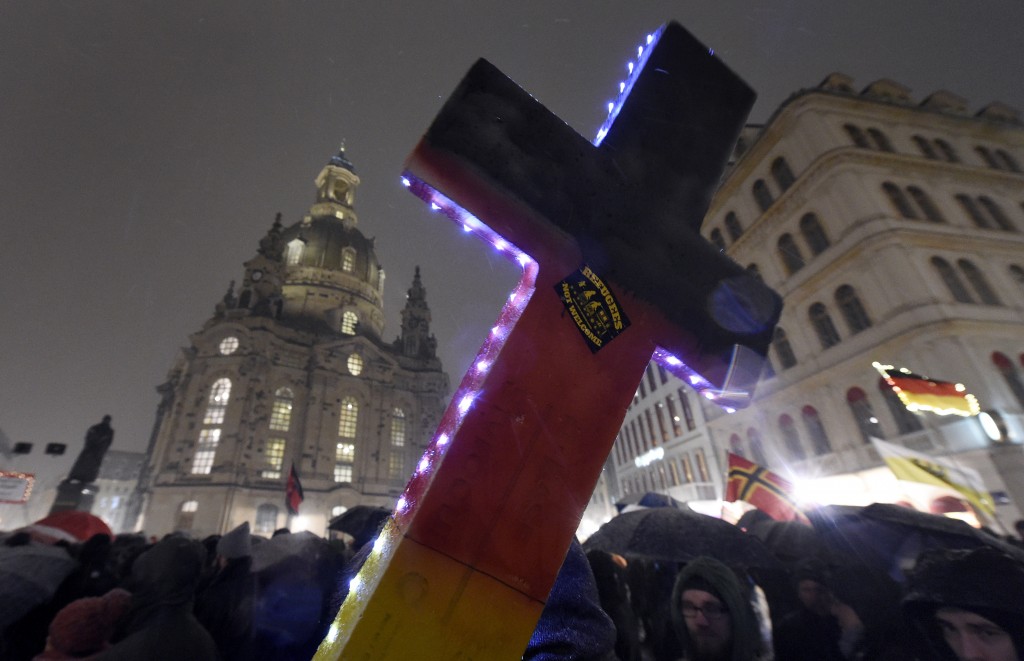 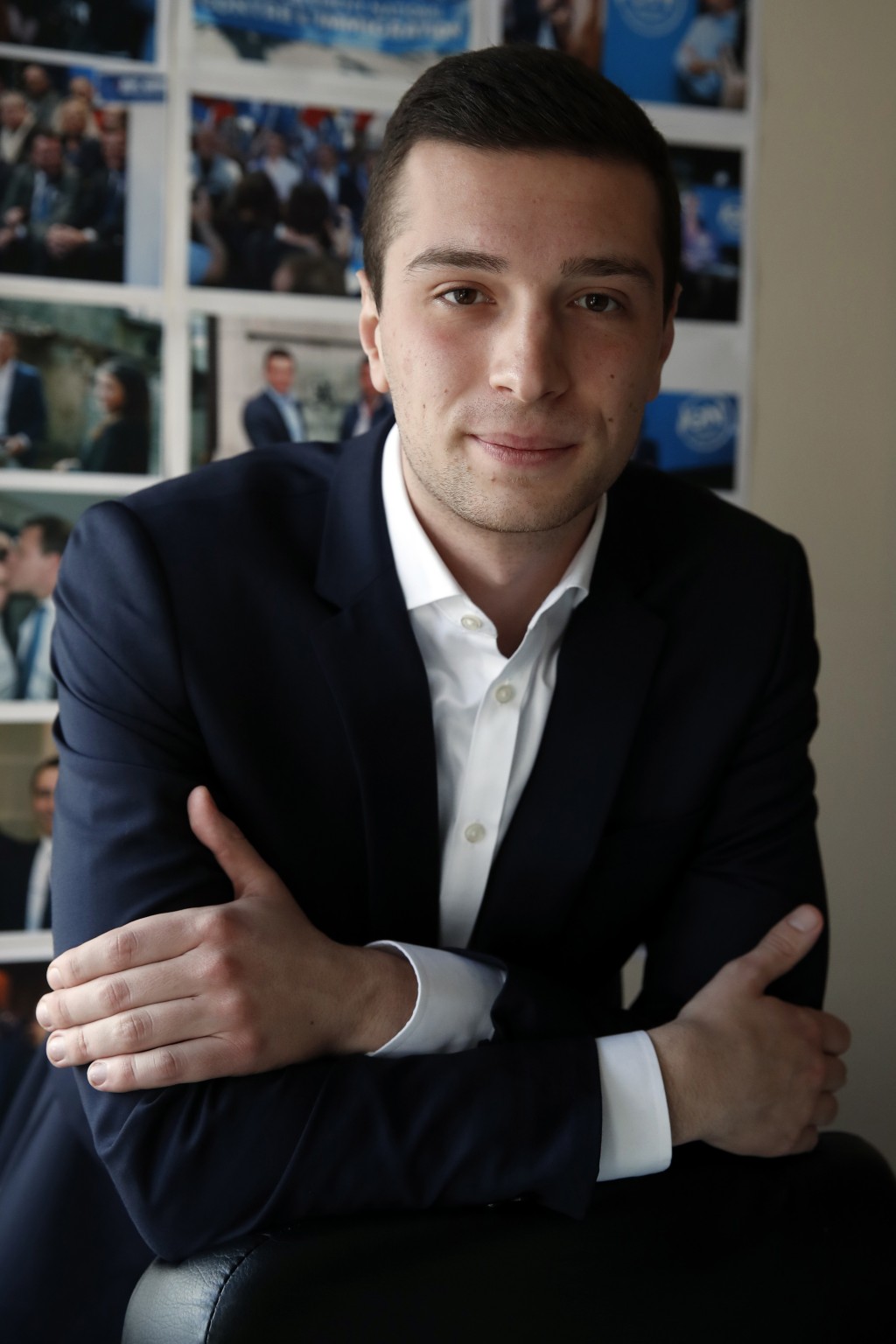 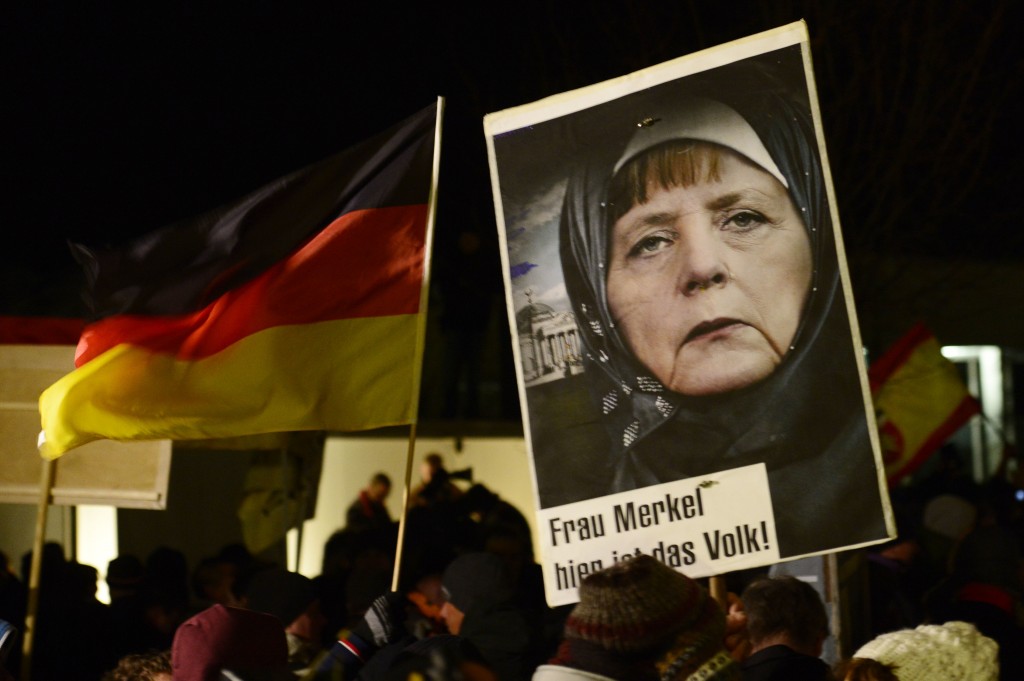 BOKRIJK, Belgium (AP) — They are strikingly young, but emphatic that they should not be considered newcomers. Rather, they are claiming the mantle of Old Europe at its most traditional.

Several of this year's far-right candidates in Europe are well under 30 — as are some of their most ardent supporters. In Belgium, the telegenic Dries Van Langenhove, who is among the top picks on the list for the far-right party Vlaams Belang, is 26. In France, the head of the National Rally slate for the upcoming European elections is 23 and has been a card-carrying party member since the age of 16. In Denmark, the lead candidate from the Danish People's Party is a 29-year-old who is already a veteran campaigner. And in Spain, the chief spokesman for the Vox party is 27 and was elected to parliament last month.

These candidates are part of a growing attempt by Europe's far-right parties to gear their anti-migration, Euroskeptic message to the young, the Associated Press has found. Young European voters tend to turn out less than older voters, but in many countries they've gone further and faster right in recent years — as illustrated by voting results or party rolls from Italy, France, Spain and Austria. The trend could have major implications for this month's elections , which decide the makeup of the European Parliament as well as some national governments, as in Belgium.

"The far right has made a very explicit effort to pander to younger audiences. They've essentially rebranded themselves," said Julia Ebner, a researcher with the Institute for Strategic Dialogue , a left-leaning think tank.

It's a significant change from where the far right found itself in Europe's postwar era: identified with the Nazis and a Holocaust that killed 6 million Jews, marginalized by governments and eclipsed by a unifying Europe. Opponents say today's far-right candidates have given new window-dressing to old racist beliefs and an implicit call for violence, pushing a pro-Christian, anti-Islam ideology that Belgium's security services describe as "extreme right in a white collar." Only now they're appealing to a demographic with no memories of where extremist beliefs once led the continent -- to a world war that left almost all of Europe in rubble.

According to poll estimates, 17 percent of Italian voters aged 18 to 34 voted for the League in 2018, compared to just 5 percent in 2013. In Austria , 30 percent of the youngest voters chose the Freedom Party in 2017, up from 22 percent in 2013, making it the most popular party among those ages 16 to 29. And in Germany , the AfD made notable gains while young-voter support for the Green Party stagnated. France has seen similar trends.

Until recently isolated as racist by the rest of the political spectrum, the Flemish independence party Vlaams Belang aims to more than double its handful of seats in parliament, boosted by Van Langenhove's 31,000 Instagram followers and strong social media presence.

Van Langenhove is also the leader of Schild en Vrienden, a Flemish nationalist movement known for anti-immigration stunts and named in Belgium's annual national security report last year on extremist groups. The report did not accuse the group of violence but noted that the movement "deserves our attention."

Van Langenhove avoids direct discussion of race in favor of what he calls identity. But he routinely posts on social media about "replacement," a term used by white supremacists in the U.S. and Europe for the idea that European populations are being culturally and ethnically replaced by minorities.

Even though migration to Europe has slowed to a trickle, the continent is still grappling with the after-effects of the hundreds of thousands of people who arrived in the past few years alone. In repeated surveys of young Europeans, including one released this month by the TUI Foundation, migration and asylum are described as Europe's most pressing issue. The environment comes in a distant second.

Vlaams Belang's decision to name Van Langenhove came after the Belgian network VRT linked him to racist and sexist messages in closed chat rooms. He dismissed the show as a "smear," but it prompted protests at the Ghent campus where he was studying law and got him banned briefly. Later, he was suspended from Facebook for content that violated the social network's terms of service. He is now more circumspect online and in front of the camera.

"Everything is on the table right now, it's an all-in game. And that's why more young people are taking the risk of associating themselves with right wing nationalist groups and organizations," he said.

Young Belgian voter Louis Beernaert, 27, has been coming to Vlaams Belang meetings since he was a child, and is all in favor of the party's new faces.

"It needed to get younger," Beernaert said. "Their ideas are the same, but they say them in a less radical way."

In France, the top of Marine Le Pen's National Rally party list is Jordan Bardella, a 23-year-old raised by a single mother in a suburban Paris housing project. Le Pen re-branded her father's far-right National Front party as the National Rally after losing the presidency to Emmanuel Macron in 2017. Despite the loss, she made important inroads among young French voters.

In Denmark, Peter Kofod, 29, of the anti-immigrant, populist Danish People's Party 29, has risen steadily since his first election in 2014 to city council. And in Spain, the Vox party's events include the popular 'Pints for Spain' evenings at bars, nightclubs and cafes, where no one over 25 is allowed through the door. Under Manuel Mariscal, the 27-year-old Vox spokesman and a newly elected lawmaker, the main Instagram channel has over 300,000 followers, more than half of them younger than 34.

Although the party has a tiny footprint in Spain, it's already influencing the political debate on migration or the country's territorial unity. Still, Vox's vote total in April elections was far lower than its social media following would indicate.

As Manuel Mostaza Barrios, an analyst at the Madrid-based Atrevia consulting group, put it: "The candidates most followed on social media aren't necessarily those that get the most votes."

Aritz Parra contributed from Madrid, along with Elaine Ganley in Paris, Jan M. Olsen in Copenhagen, David Rising and Frank Jordans in Berlin, and Raf Casert in Brussels.