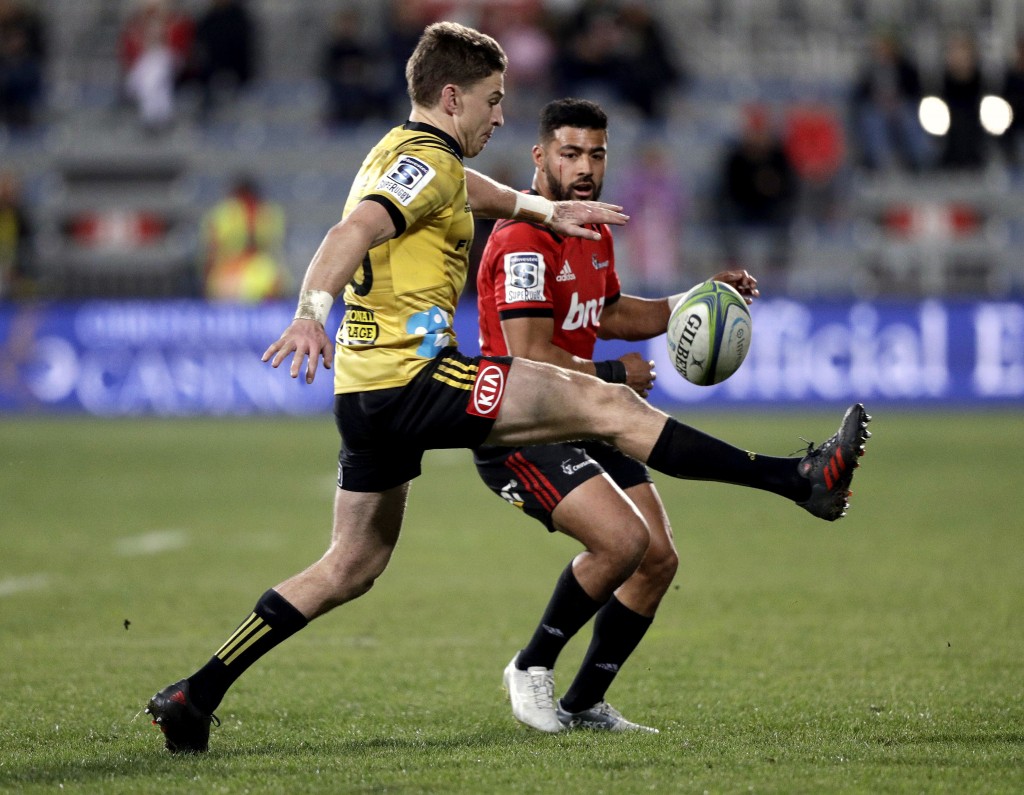 WELLINGTON, New Zealand (AP) — Still a month out from the playoffs, Super Rugby will begin to take on knockout significance for some teams from this weekend's 14th round.

With four or five matches remaining, depending on byes, some teams perched on the edge of the playoffs race must win or risk tumbling out of contention with losses over the next two rounds.

In most imminent peril are the Lions and Stormers in South Africa, the Queensland Reds and New South Waratahs in Australia and the Auckland-based Blues and Hamilton-based Chiefs in New Zealand. Japan's Sunwolves are aleady out of playoffs contention.

The Dunedin-based Highlanders, the ACT Brumbies and Melbourne Rebels, South Africa's Bulls and Argentina's Jaguares are currently inside the top eight but precariously, just ahead of the chasing group, and also need wins to consolidate their places.

The defending champion Crusaders and the Wellington-based Hurricanes are likely secure in New Zealand, but the Durban-based Sharks currently their conference only with a slight advantage.

That makes matches this weekend between the Blues and Chiefs, the Rebels and Bulls, the Reds and Waratahs and the Johannesburg-based Lions and Highlanders of particular importance. The Cape Town-based Stormers face the Crusaders and seem unlikely to advance their playoffs bid.

After a promising start to the season, the Blues have once again dropped to the bottom of the New Zealand conference, handicapped by their inability to win away from home.

They host the Chiefs this weekend and the loser will likely end the round in last place in the conference, barely hanging on in the playoffs race.

Blues captain James Parsons is confident his team can turn around a four-match losing streak to win Saturday, despite their 4-7 record and their 33-29 loss to the Chiefs in round nine.

"We have to win to keep our season alive," Parsons said. "They are a team that's quite optimistic and opportunistic. There will be quick throws, quick taps, ball being offloaded and thrown around and they can go to the nitty-gritty stuff as well.

"Last time they bullied us at the breakdown. That's a big focus this week, making sure we play with the tempo we want to and that defensively we're on the job."

The Reds (4-6) and the Waratahs (5-7) head into Saturday's match only a point apart in the standings. The high cost of a loss to both teams imbues the match with some of the traditional gravity of Queensland-New South Wales clashes.

"The table is so close, anything can happen," Waratahs coach Daryl Gibson said. "We've got to give ourselves a chance.

"We're coming back in a really positive mood. We know we're still in the fight. There is some really good character shown by the team and we want to continue that."

The Lions contentiously beat the Waratahs with a late penalty in their most-recent match and will need a more convincing performance against the Highlanders to have any reasonable chance of reaching the final for a fourth consecutive season.