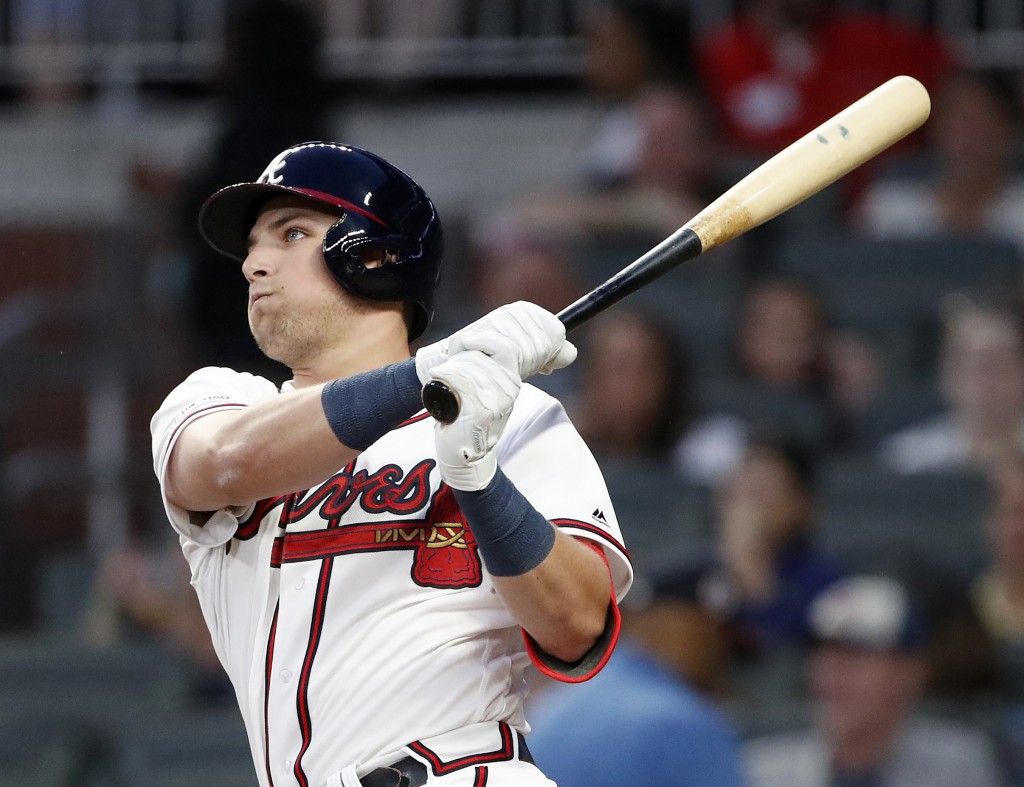 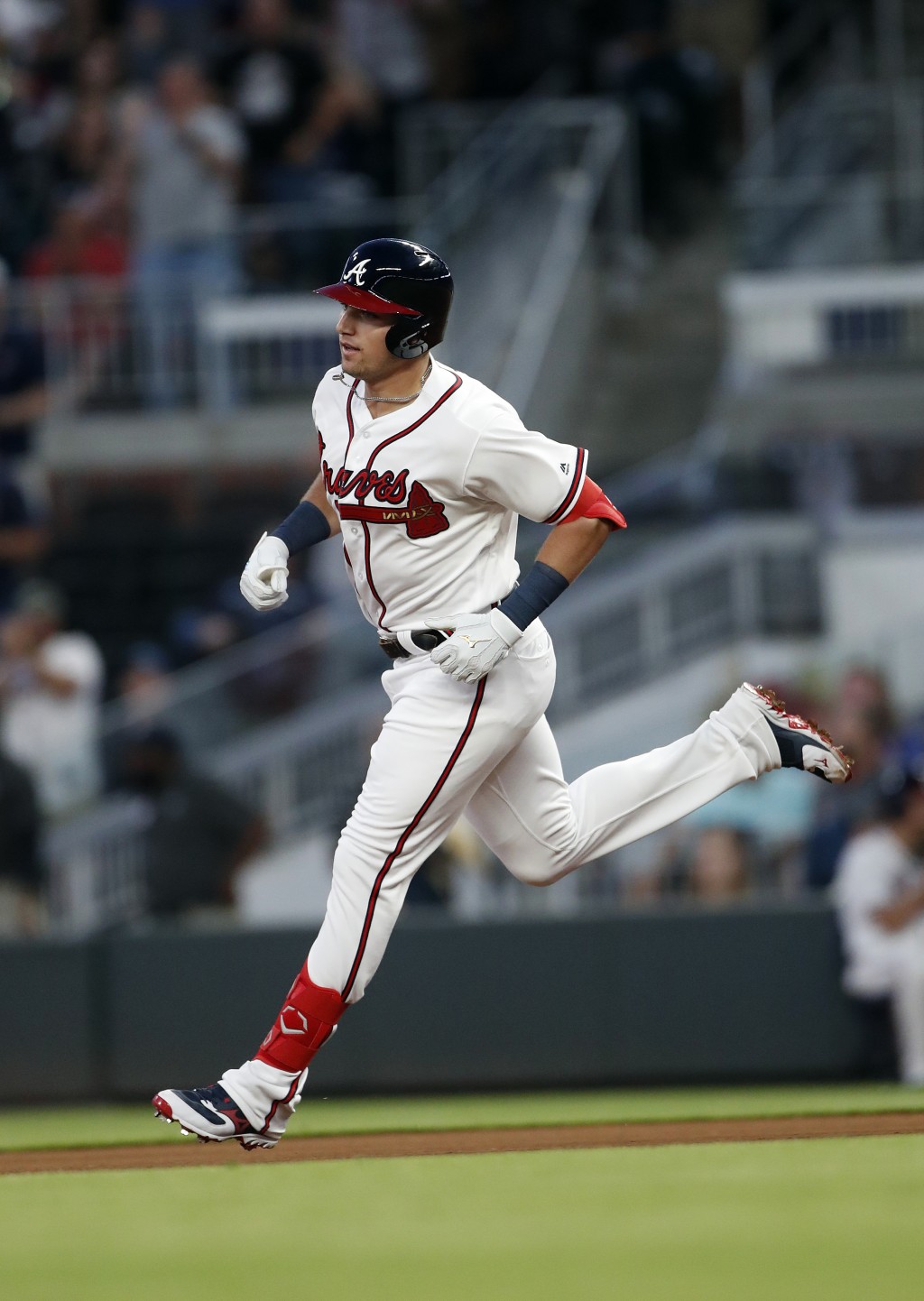 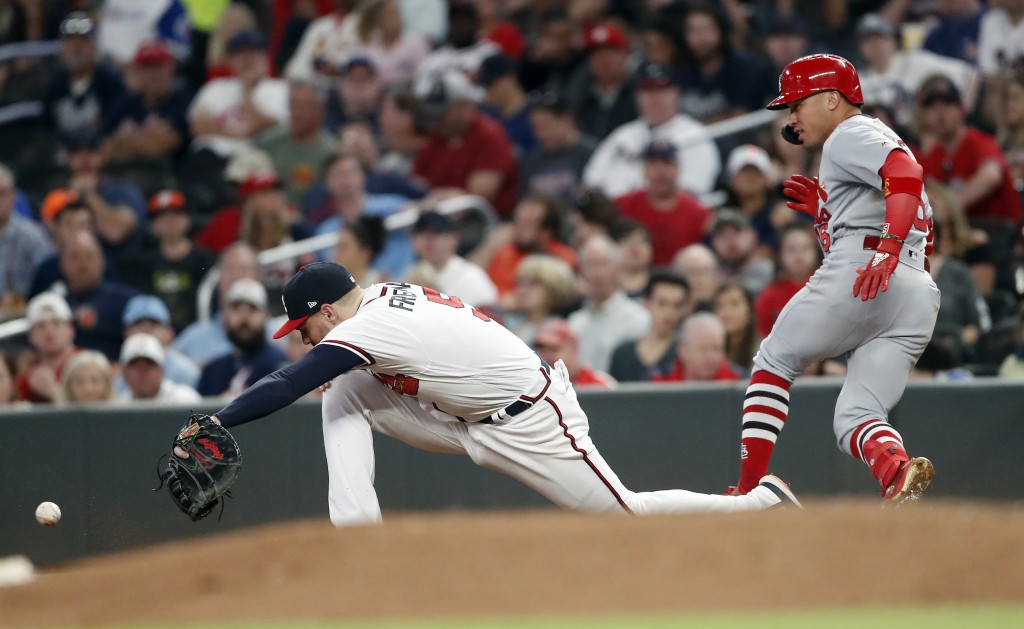 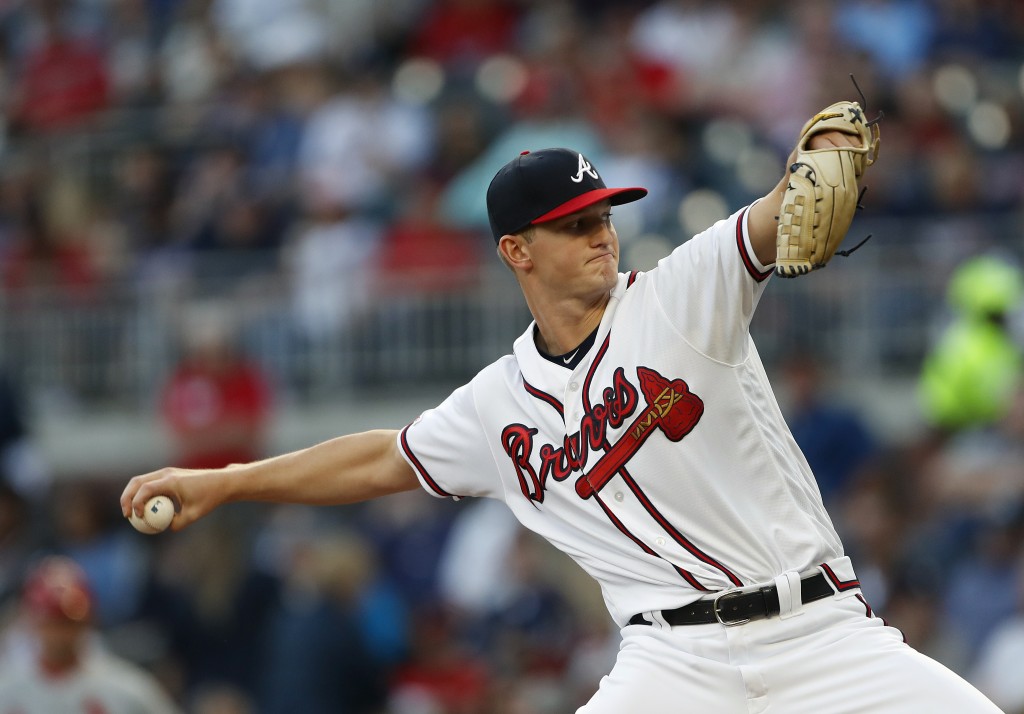 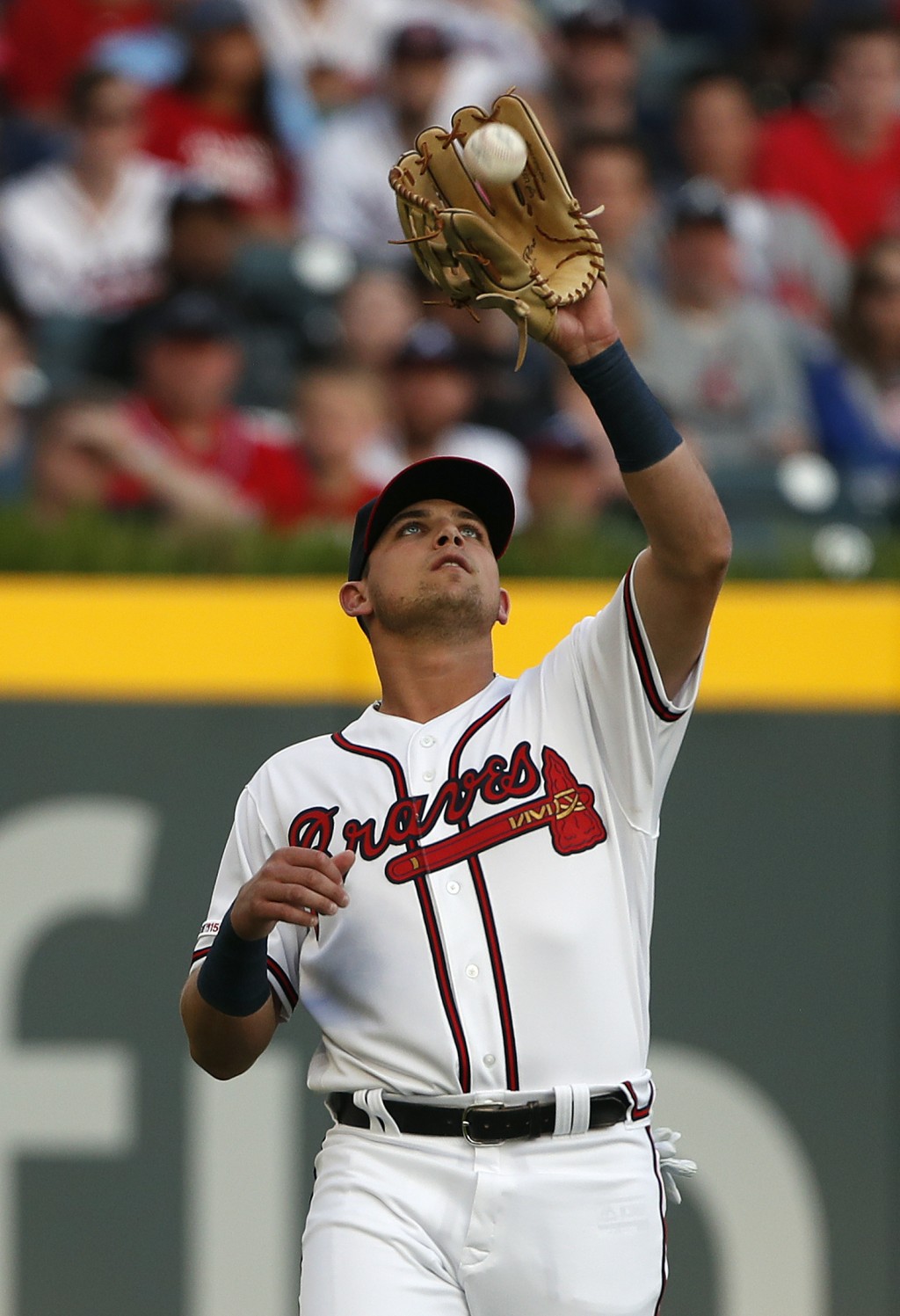 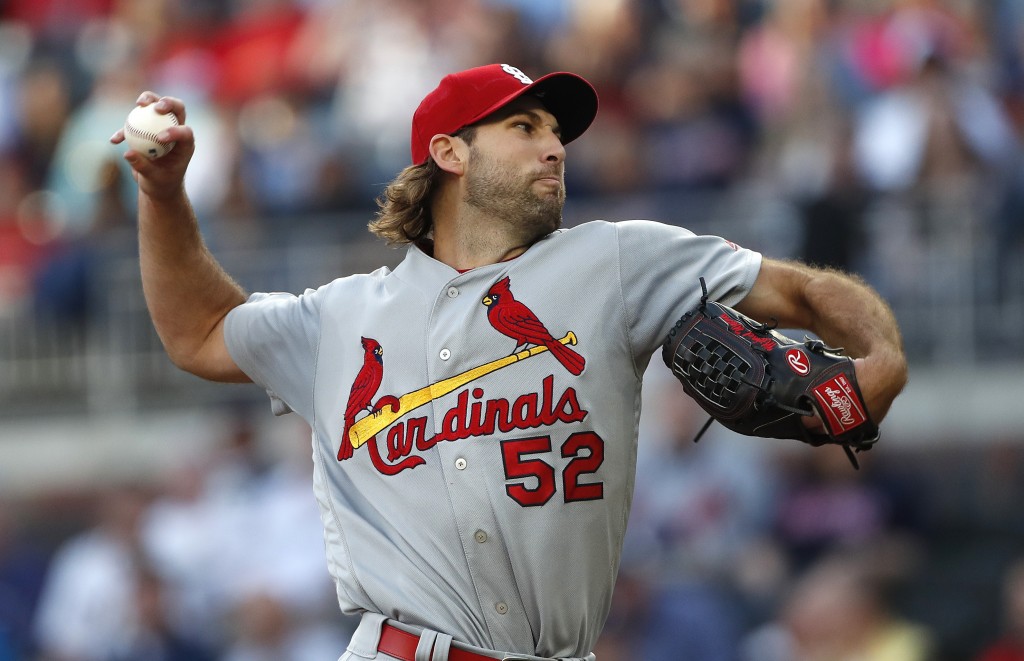 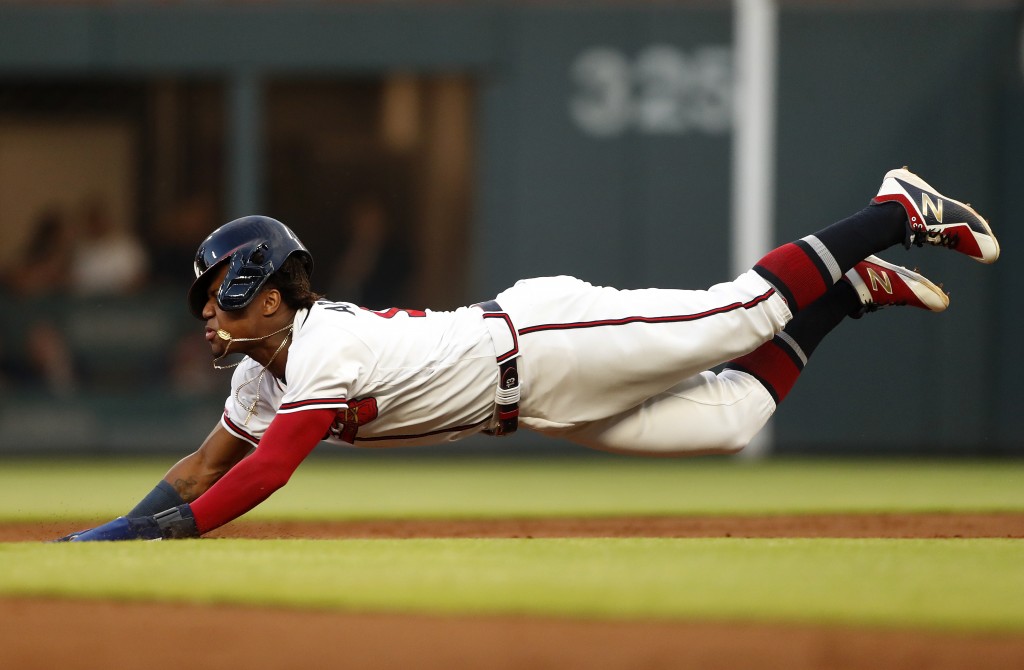 ATLANTA (AP) — Austin Riley made quite a splash in his big league debut Wednesday night, homering off Michael Wacha to lead the Atlanta Braves to a 4-0 victory over the St. Louis Cardinals.

Mike Soroka turned in another strong start with three-hit ball over seven scoreless innings, but this night belonged to the 22-year-old Riley.

Another top prospect for the Baby Braves, he was called up from Triple-A Gwinnett before the game after Ender Inciarte went on the 10-day injured list with a sore back.

Riley, who started in left field and batted sixth, struck out swinging in the first at-bat of what the Braves hope will be a long major league career.

Then, leading off the fourth, he flashed the form that helped him lead the International League with 15 homers and 39 RBIs.

Riley launched a high fastball deep into the left-field seats, a 438-foot drive that gave the Braves a 2-0 lead and sent his parents and a group of about 40 family and friends — many of whom hastily made the drive from his native Mississippi — into a delirious celebration at SunTrust Park.

Riley hit another drive to the edge of the warning track his next time up, and handled a couple of chances without any problem in left. Normally a third baseman, he figures to mostly play left field at least during his initial stint in the big leagues. Josh Donaldson is locked in at third base for 2019 with a one-year, $23 million deal.

After taking over as a defensive replacement for Riley, Charlie Culberson sealed the victory with a two-run homer in the eighth.

It was quite a showing for Atlanta's kids.

Even younger than Riley, the 21-year-old Soroka (4-1) lowered his ERA to 0.98 in six starts. The right-hander has yet to allow more than one earned run in any of his appearances, and this was his best one yet.

Soroka escaped a bases-loaded jam in the third, getting Paul Goldschmidt to ground into an inning-ending double play. He stared down another trouble spot in the sixth when the Cardinals put runners at second and third, fanning Jose Martinez to snuff out the threat.

Dan Winkler walked the first two St. Louis hitters in the eighth on eight straight balls, but Luke Jackson worked out of the jam — this time, it was Paul DeJong hitting into a double play — and finished up for his fifth save in six chances.

Wacha (3-1) surrendered only four hits and one earned run over five innings. Atlanta also scored when the Cardinals pitcher threw one away at third base after appearing to pick off Ronald Acuna Jr., who was able to trot home when the ball skidded under the glove of Matt Carpenter.

Cardinals: RHP Carlos Martinez (shoulder) threw two innings for Double-A Springfield in an 8-2 loss to Arkansas on Wednesday. He allowed one run on four hits, with no walks or strikeouts. St. Louis is hoping Martinez can rejoin the team for a weekend series in Texas.

Braves: Inciarte went on the 10-day injured list with a lumbar strain. He left Tuesday night's game after experiencing tightness in his lower back and could be out even longer than his required stint on the IL, according to manager Brian Snitker.

In the rubber game of the series, RHP Adam Wainwright (3-3, 4.15) goes for the Cardinals against Atlanta RHP Julio Teheran (2-4, 4.26). Wainwright, a Georgia native who began his career in the Braves' organization, will be going for his first win in Atlanta since May 7, 2014, at Turner Field. Teheran, whose last win came on April 14, will be looking for a little run support after failing to get a decision in his last two starts, despite allowing just one run over a total of 12 innings.