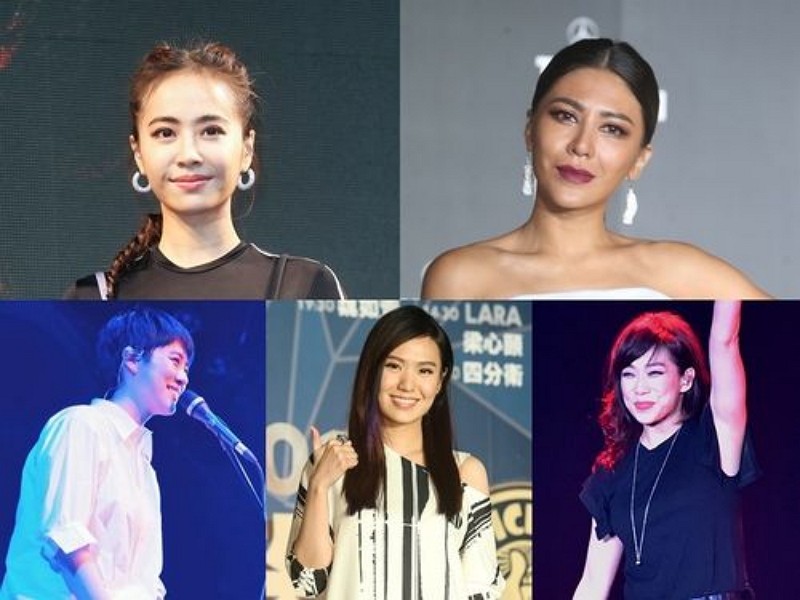 In a short list of nominees issued by MOC's Bureau of Audiovisual and Music Industry Development (BAMID), "Ugly Beauty" was nominated for best album of the year, best album in Mandarin, and best vocal recording album.

Various singles in the album were also nominated for awards in the categories of song of the year, best composer, and best music video, while Tsai was nominated for best female Mandarin vocalist for her work in "Ugly Beauty," according to the BAMID shortlist.

In the best female Mandarin vocalist category, Tsai will be up against Eve Ai (艾怡良) whose album is called "Fade to Exist," Shi Shi (孫盛希) with "Shi's Journey", Yoyo Sham (岑寧兒) with "Nothing Is Under Control", and Sandy Lam (林憶蓮) with "0", the BAMID list shows.

Meanwhile, in the best Mandarin male singer category, the competition will be among Li Ronghao (李榮浩) of China, guitarists and singers Kowen Ko (柯智棠) and Eli Hsieh (謝震廷), rhythm and blues singer ØZI, and rapper Leo王 of Taiwan, according to the BAMID list.

"Ugly Beauty" and "0" are leading the pack with seven nominations each, the list shows.

Meanwhile, the Special Contribution Award will go to Blacklist Studio, a group of Taiwanese musicians who released the ground-breaking album "Songs of Madness" in 1989.

The album played an instrumental role in creating the genre known as "New Taiwanese Song," which incorporates political themes and social commentary.

According to a statement issued by the BAMID Wednesday, a total of 166 works will compete in 27 categories at the 30th Golden Melody Awards, Taiwan's equivalent of the Grammys.

This year, 1,210 albums and extended play records were submitted for consideration, and the list of nominees was determined by an 81-member jury, the statement said.

The award ceremony will be held June 29 at Taipei Arena, and broadcast live on Taiwan Television Enterprise.