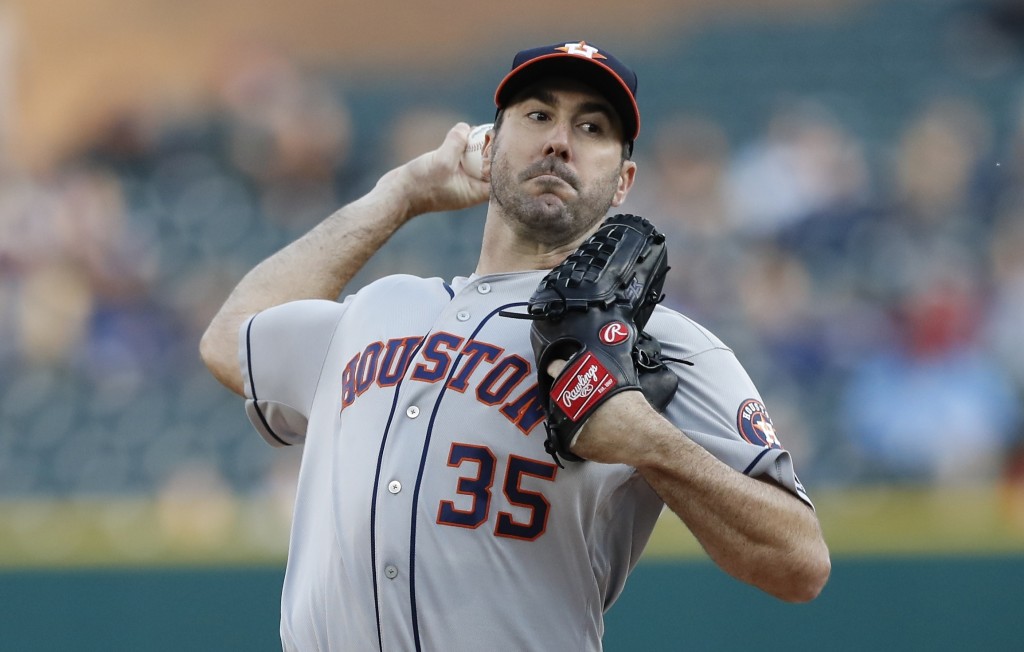 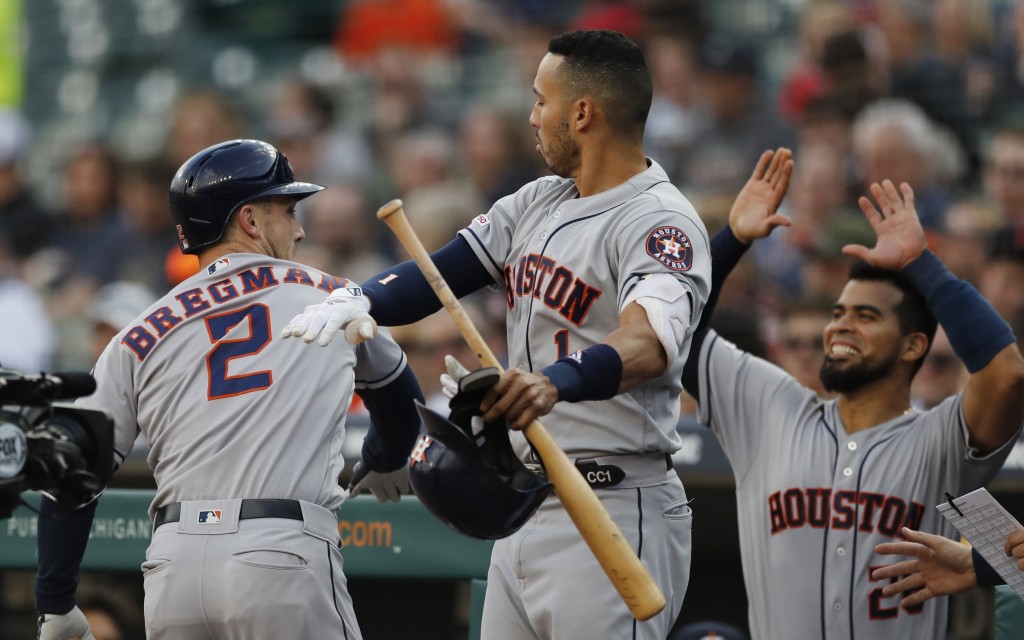 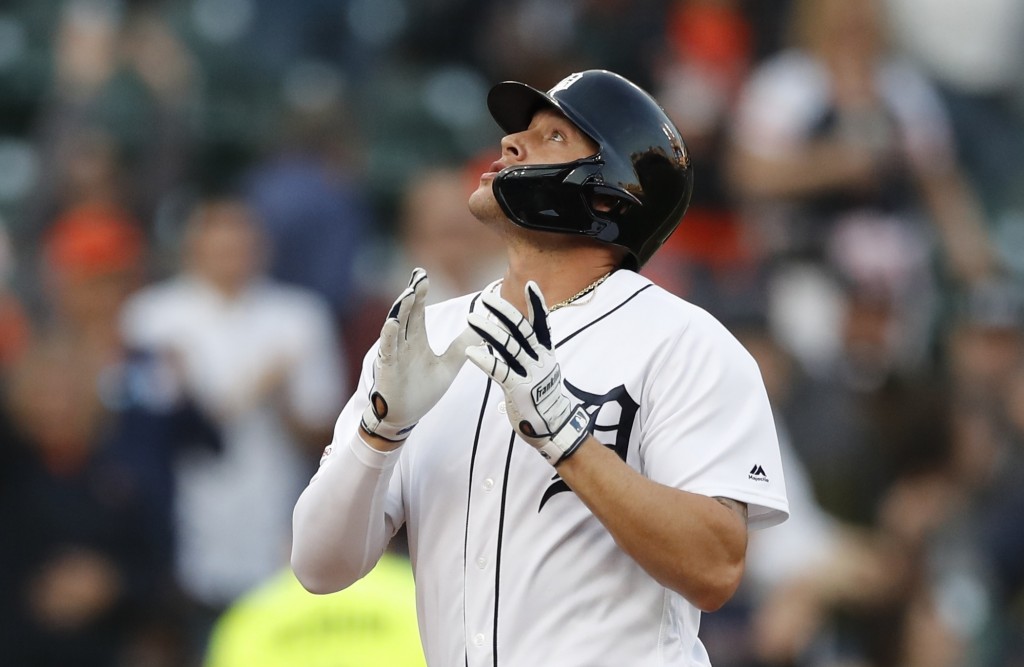 Verlander (7-1) struck out nine in his second start at Comerica Park since his 2017 trade from Detroit to Houston. JaCoby Jones homered off him in the third for the Tigers' only run, but with Miguel Cabrera out of the lineup, Detroit managed little offensively. The only significant jam Verlander faced was in the fifth, when Niko Goodrum lined out with the bases loaded.

Alex Bregman hit his 14th homer of the season, a solo shot off Gregory Soto (0-2) to open the scoring in the first. Bregman pulled within two home runs of teammate George Springer, the AL leader. Springer nearly hit one of his own, but Detroit left fielder Christin Stewart reached above the wall to make the catch in the fourth.

Verlander retired his first eight hitters before Jones connected for a 436-foot homer in the third. The right-hander rebounded by striking out the side in the fourth. With the bases loaded in the fifth and the Tigers down 3-1, Goodrum hit a line drive that second baseman Aledmys Diaz caught to end the inning.

Jake Marisnick hit an RBI single for Houston in the second, and Robinson Chirinos added a sacrifice fly in the fourth. Detroit made two errors in the sixth, helping the Astros score another run.

Marisnick hit a run-scoring triple in the eighth to make it 5-1.

Houston has won 11 of 12, although this was a tamer offensive performance after the Astros scored 45 runs in their previous four games.

Ryan Pressly pitched the eighth for Houston, extending his scoreless innings streak to 37.

Tigers: Cabrera missed the game because of a sore knee. Manager Ron Gardenhire did not seem to think it was a serious problem. "I'm pretty sure he was chomping at the bit to get a piece of Verlander," Gardenhire said. "Sometimes that's not always a good antidote for soreness."

Astros: Houston is off Thursday before an AL Championship Series rematch at Boston. Gerrit Cole (4-4) starts the series opener for the Astros on Friday night against Rick Porcello (3-3).