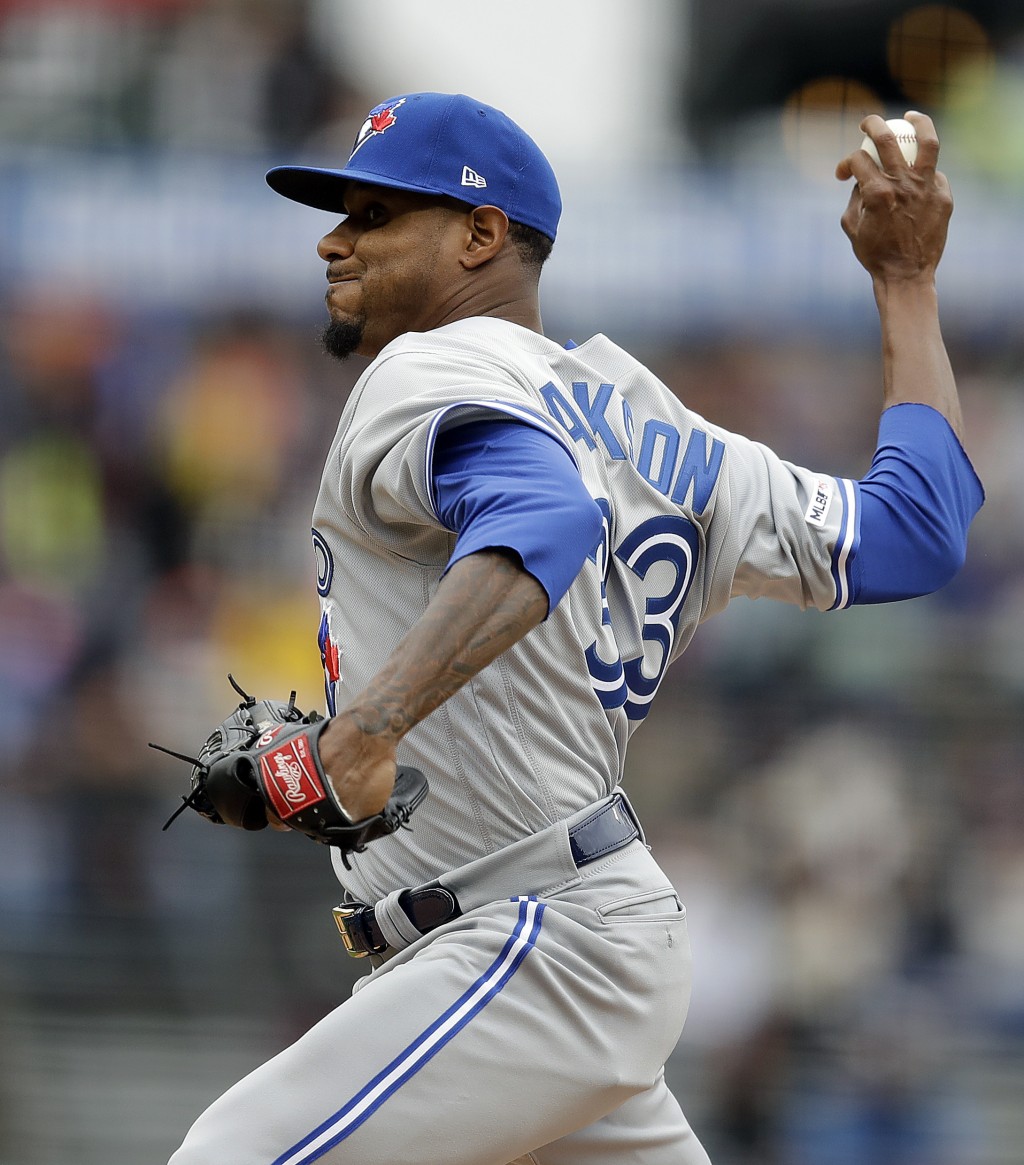 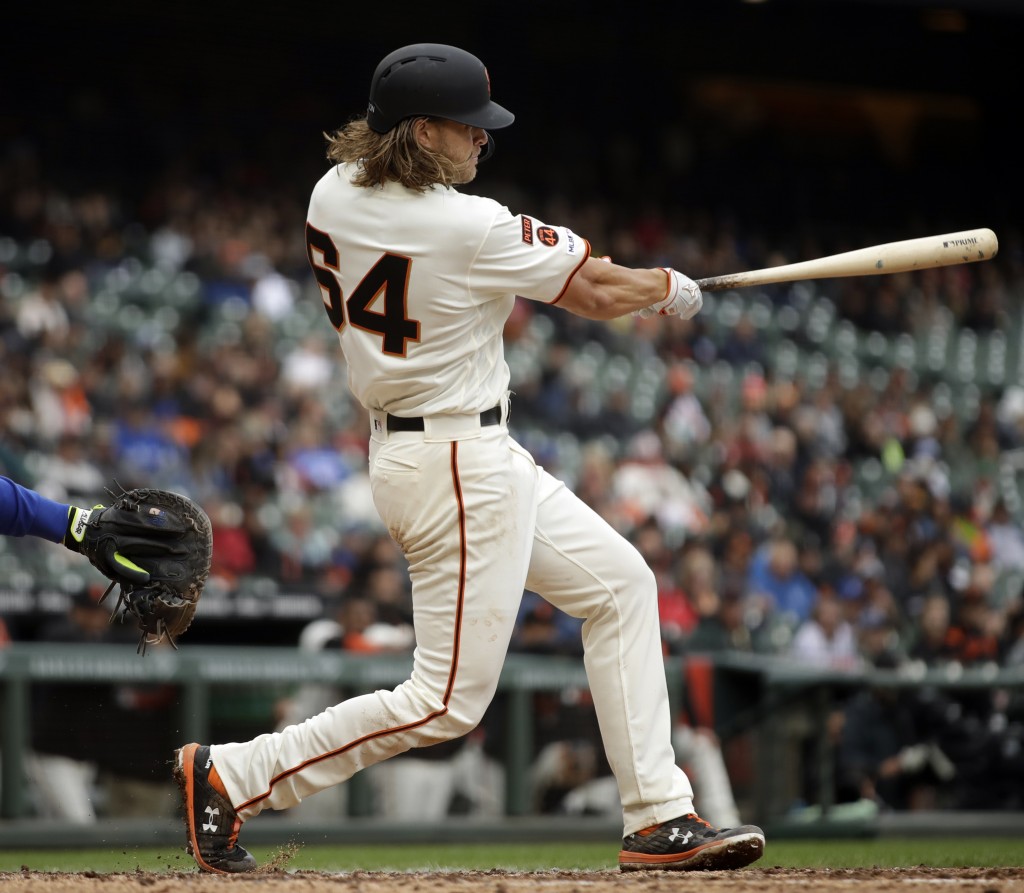 SAN FRANCISCO (AP) — Edwin Jackson became the first player in major league history to play for 14 teams when he made his Toronto Blue Jays debut and pitched five innings Wednesday in a 4-3 loss to the San Francisco Giants.

The 35-year-old right-hander allowed three runs — two earned — and six hits in five innings. He struck out two, walked one, hit a batter and left after 77 pitches with the score 3-3.

Brandon Crawford hit a tiebreaking home run in the sixth off Ryan Tepera (0-2).

Mark Melancon (1-0) pitched out of a first-and-third, no-outs jam in the sixth for the win. Will Smith struck out the side in the ninth to remain perfect in 11 save chances.

Toronto acquired Jackson from Oakland on Saturday for $30,000. He began his tenure with his new team by throwing an 88 mph cutter that Joe Panik took for a called strike.

Jackson had been tied with Octavio Dotel for most teams. Jackson agreed last month to a minor league contract with the A's and was 1-0 with a 6.75 ERA in three minor league starts.

Torres hit two of New York's four homers during a 5-3 win in the first game. The 2018 All-Star has eight homers this season, and six have come against the Orioles.

The Yankees announced during the second game that third baseman Miguel Andújar, last year's runner-up for AL Rookie of the Year, will have season-ending surgery to repair a small labrum tear in his right shoulder Monday.

Aroldis Chapman closed out both games, giving him 11 saves in 12 chances.

Yankees left-hander J.A. Happ (3-3) was pulled after 5 1/3 innings and 64 pitches. He allowed three runs and five hits, including solo homers to Trey Mancini and Renato Nuñez.

MINNEAPOLIS (AP) —Reliever Mike Morin hit former teammate Mike Trout with a bases-loaded pitch that forced in a run in the ninth inning before retiring Shohei Ohtani to end the game on a groundout and preserve Minnesota's win over Los Angeles.

Jonathan Lucroy had an RBI double and David Fletcher drove in a run with a single against Trevor Hildenberger in the three-run ninth, before the Twins turned to Morin for the final two outs and his first save this season. Morin gave up two of the season-high 18 hits by the Angels and plunked Trout on the shoulder.

Byron Buxton and Jason Castro each hit two-run homers and Ehire Adrianza added a two-run double for the Twins, who took the three-game set from the Angels and improved their series record this season to 8-4-2. They've won 10 of their last 15 games.

Twins starter Jake Odorizzi (6-2) had his scoreless streak stopped at 22 innings. He gave up nine hits and three runs in 5 1/3 innings.

Angels starter Trevor Cahill (2-4) allowed six hits and six runs in 4 1/3 innings. He failed to finish the fifth for the fifth time in his last six turns.

The Angels went 3 for 17 with runners in scoring position, leaving 14 men on base.

Diamondbacks manager Torey Lovullo said Greinke would get an MRI on Friday.

Greinke (6-1) allowed four hits in 7 2-3 innings, then walked off the mound with a trainer with a 2-2 count on the Pirates' Cole Tucker. Greinke struck out five, walked none.

Blake Swihart hit a two-run, inside-the-park home run in the eighth, and Eduardo Escobar and Adam Jones also homered for the Diamondbacks, who went 6-1 against the Pirates this season. Jarrod Dyson had two hits, scored three runs and stole two bases.

Melky Cabrera drove in the Pirates' run with a two-out single in the ninth.