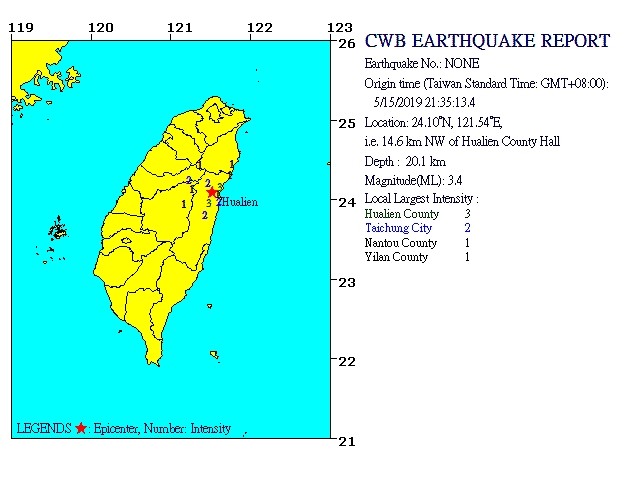 The epicenter of the temblor was 14.6 kilometers northwest of Huanlien County Hall at a depth of 20.1 kilometers, according to CWB data.

The intensity, which gauges the actual effect of the tremor, registered a 3 on Taiwan’s 7-tiered scale in Hualien County and a 2 in Taichung City. An intensity level of 1 was felt in Nantou County and Yilan County.