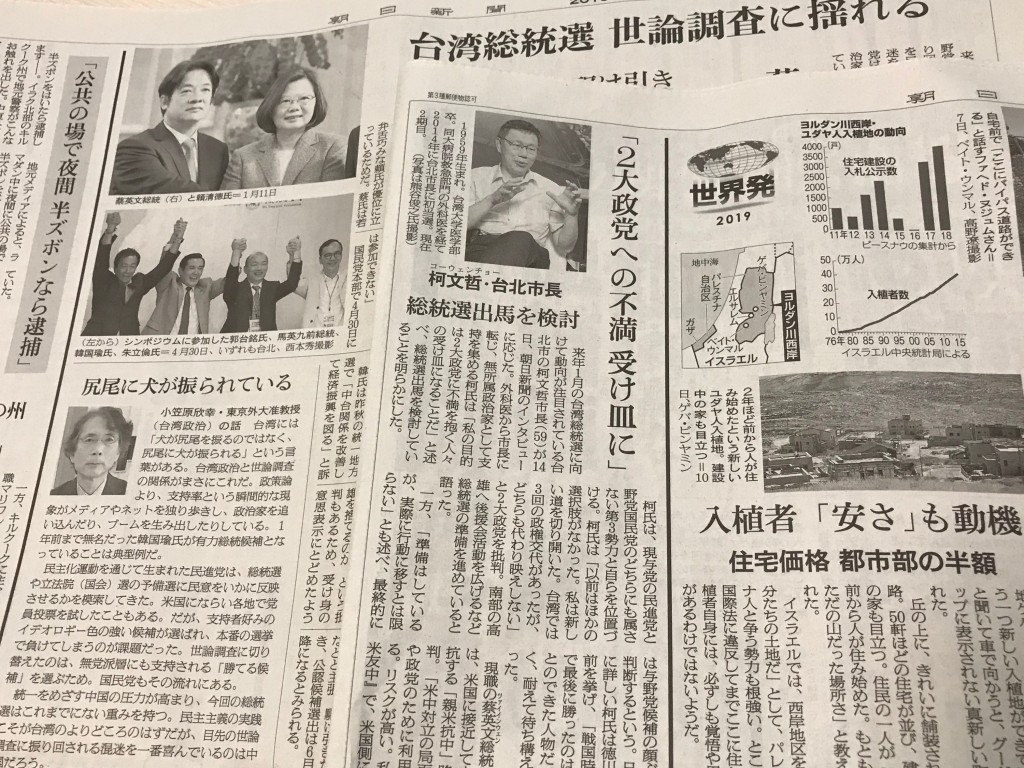 The 59-year-old surgeon wanted to gain the support of voters dissatisfied with both major parties, the ruling Democratic Progressive Party (DPP) and the main opposition Kuomintang (KMT), the newspaper wrote on its second day of special reporting on Taiwan’s January 11, 2020 presidential election.

Ko’s strategy included the forming of a support group in the southern city of Kaohsiung, he told the Asahi Shimbun, yet that only amounted to preparations, which might not be followed by real action. The mayor said he wanted to wait until both the DPP and the KMT had chosen their candidates, a process which was not expected to be completed until late July.

According to the Central News Agency, Ko told the Asahi Shimbun that he had “opened a new road” in Taiwanese politics and given voters a new choice outside of the two main parties. There had been three changes of power beginning in 2000, but they had not made Taiwan a better place, the mayor argued.

Commenting on Beijing’s “One Country, Two Systems” formula, he said that if China wanted to apply it to Taiwan, all Taiwanese would run away.

Ko has scheduled a Japanese trip for later this month, including a tourism summit, a tour of Tokyo’s Olympic facilities, and a visit to the 2011 Fukushima disaster area, CNA reported.