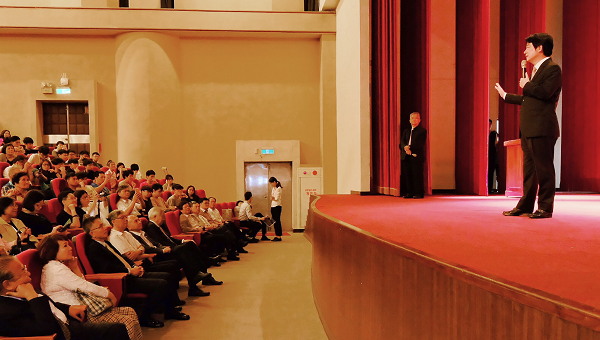 Speaking before an audience of over 500 students and teachers at NCU, Lai promised that if he is elected president of Taiwan, he will not declare Taiwan’s independence.

In response to student questions about national sovereignty and cross-strait relations, Lai emphasized that Taiwan is already a de facto independent and sovereign country, reports CNA.

Referencing previous Democratic Progressive Party (DPP) administrations, Lai noted that neither Chen Shui-bian (陳水扁) nor Tsai Ing-wen (蔡英文) took such measures, and neither would he.

Lai is currently running in the DPP primary against presidential incumbent Tsai Ing-wen, with a decision expected from the party on thier nominee at the end of May.

When one student asked why Lai was not supporting Tsai’s re-election campaign, Lai responded that, after the poor performance of the DPP in last year’s midterm elections, he resolved to take responsibility in order to carry the party and the nation forward at a critical time in the country’s history.

He also re-emphasized his position that a democratic and transparent primary process is crucial to maintain party unity moving forward. Lai has also pledged to respect the outcome of the primary and to support Tsai if she receives the DPP nomination.