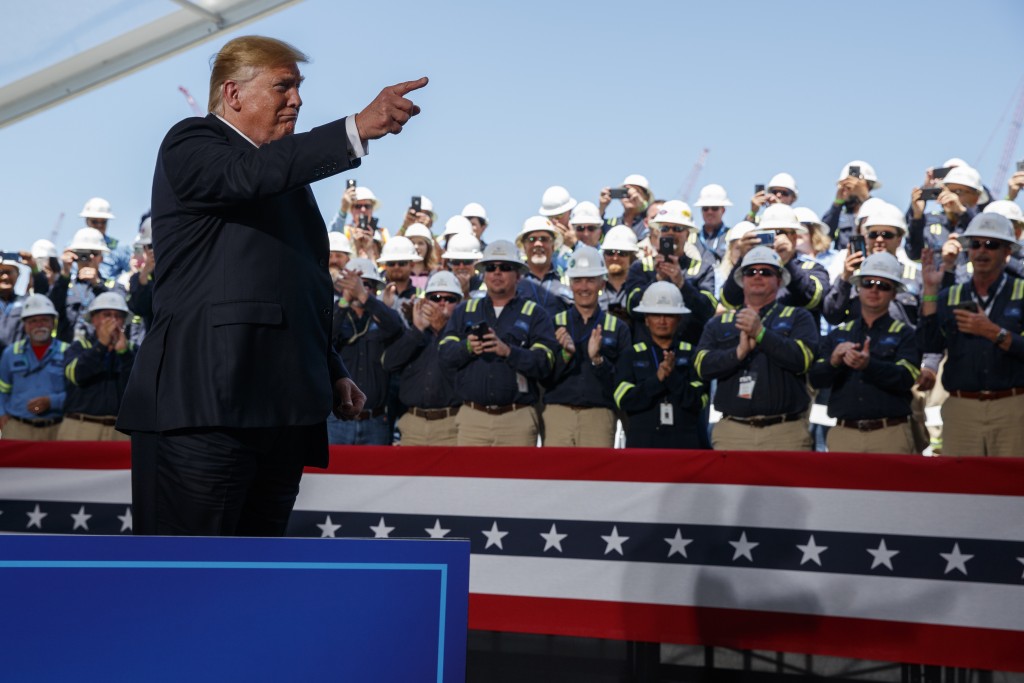 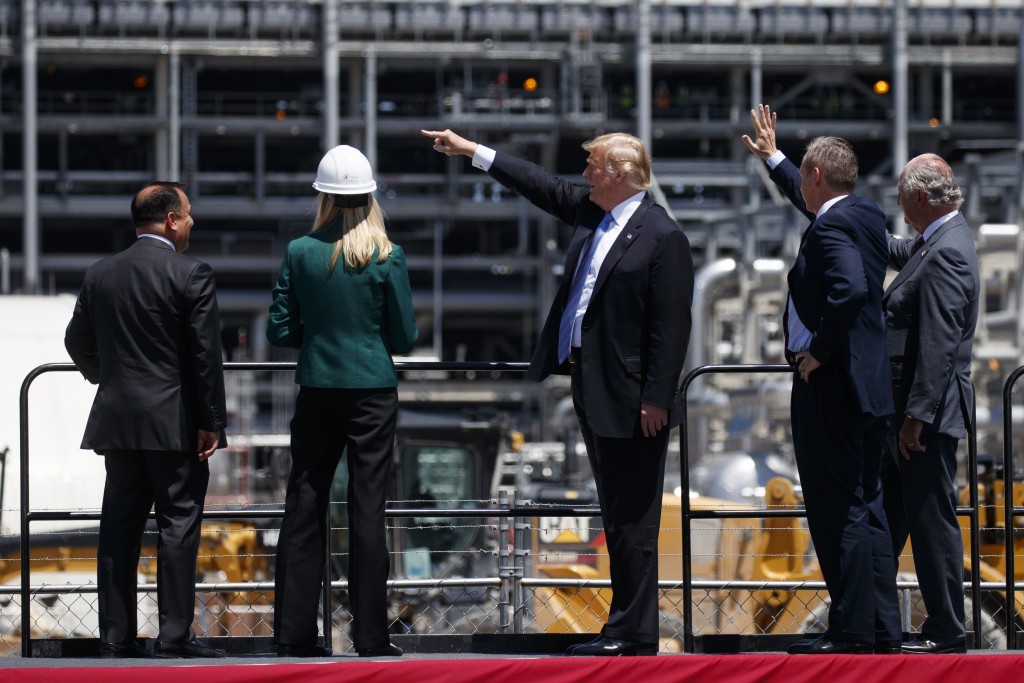 WASHINGTON (AP) — He's been contradicted by one of his top advisers, dinged in regular fact checks and called out by top economists. Still, President Donald Trump has held firm to dubious declarations about trade policy, raising questions among experts and even his allies about whether he either can't — or won't — grasp the fundamentals of the issue.

This week, as he escalates a trade war with China, Trump has misstated how the tariffs are paid, who pays them and the significance and size of the trade deficit. His assertions came even as others in the White House worry about whether Trump's zeal for tariffs could have a political price.

The president's frequent claims provide a window into his long-held beliefs on trade and the difficulty of changing his economic worldview. They also signal that Trump may not back off the hawkish approach easily and is almost certain to continue to misrepresent the likely impact.

Trump's views on tariffs depart from conventional economics in at least three ways: He has repeatedly claimed that the Chinese — not Americans — are paying the 25% tariff he has imposed on $250 billion of Chinese imports. He has described the trade deficits that the United States runs with other individual countries as total economic losses. And he argues that the U.S. trade deficit with all other countries combined is a result of bad trade policy.

It is U.S. companies that import — retailers, wholesalers and manufacturers — that pay the duties that Trump has imposed, not Chinese companies. One of Trump's top economic advisers, Larry Kudlow, admitted as much in a television interview Sunday.

But Trump tweeted on Monday: "Tariffs are NOW being paid to the United States by China of 25% on 250 Billion Dollars worth of goods & products. These massive payments go directly to the Treasury of the U.S."

That's simply not true. It's certainly possible that a huge retail chain, for example, could push its Chinese supplier to cut its prices to offset the tariffs. China's currency may also decline in value, which makes Chinese exports cheaper. And international corporations may decide to locate their plants elsewhere, such as in Mexico or Vietnam, depriving China of jobs and export revenue.

But studies released in March found that those factors haven't made much difference, and that nearly the entire cost of the import taxes is falling on U.S. consumers and businesses. One of the studies , by economists at UCLA and the World Bank, found that American firms and shoppers lost $68.8 billion last year because of higher tariffs.

Trump made taking a tough line with China an animating feature of his underdog presidential campaign and some of his advisers believe that, even if the trade battle leads to short-term economic pain, it will have been worth it.

"This is an epic fail of the Wall Street junta to have President Trump accept a deal that was detrimental to the country. He rejected that," says Steve Bannon, Trump's chief strategist on the 2016 campaign. "He is not going to be tainted with a bad deal. He intuitively knows that this is the right thing to do."

There has long been division within the West Wing about tariffs' effectiveness. Trump has often sided with China hawk Peter Navarro, who argues that tariffs work. But Gary Cohn, the former director of the National Economic Council, argued strenuously against them.

"Tariffs don't work. If anything, they hurt the economy because if you're a typical American worker, you have a finite amount of income to spend. If you have to spend more on the necessity products that you need to live, you have less to spend on the services that you want to buy. And you definitely don't have anything left over to save," Cohn told the "Freakonomics" podcast in March.

His efforts to bring Trump around to that way of thinking were a failure.

"I was losing the war on tariffs every day with the president. I knew I wasn't convincing him I was right," Cohn said in the interview. "I was not going to take a 74-year-old man who's believed something since he was 30 and convince him that I was right."

And Kansas Sen. Jerry Moran said: "It's been said if you don't like the tariffs just don't buy something from China. I understand that sentiment. But what we do in Kansas is we sell to China. Not dealing with China is not an option."

Economists also dispute Trump's portrayal of the U.S. trade deficit with China, which reached $378.7 billion last year, as evidence that Beijing is "ripping off" the United States. Mary Lovely, an economics professor at Syracuse University, says Trump is ignoring a simple point: The U.S. obtained goods and services for that money.

"It's like going to Walmart and you giving them money and they're giving you goods," she said. "There's an exchange."

Trade experts typically consider one nation's trade deficit with another as economically irrelevant. The United States also has a trade deficit with all other countries in the world combined, which reached $622.1 billion last year. Most economists aren't very concerned about that as long as so many nations are willing to finance that deficit by purchasing U.S. Treasury bonds and other assets.

Trump frequently blames the overall deficit on bad trade deals — he is in the midst of reworking several agreements, including one with Canada and Mexico — but that's not really the cause. A country runs a trade deficit when, like the United States, it consumes more than it produces. That's why the U.S. trade deficit typically falls sharply in a recession, when Americans spend less.