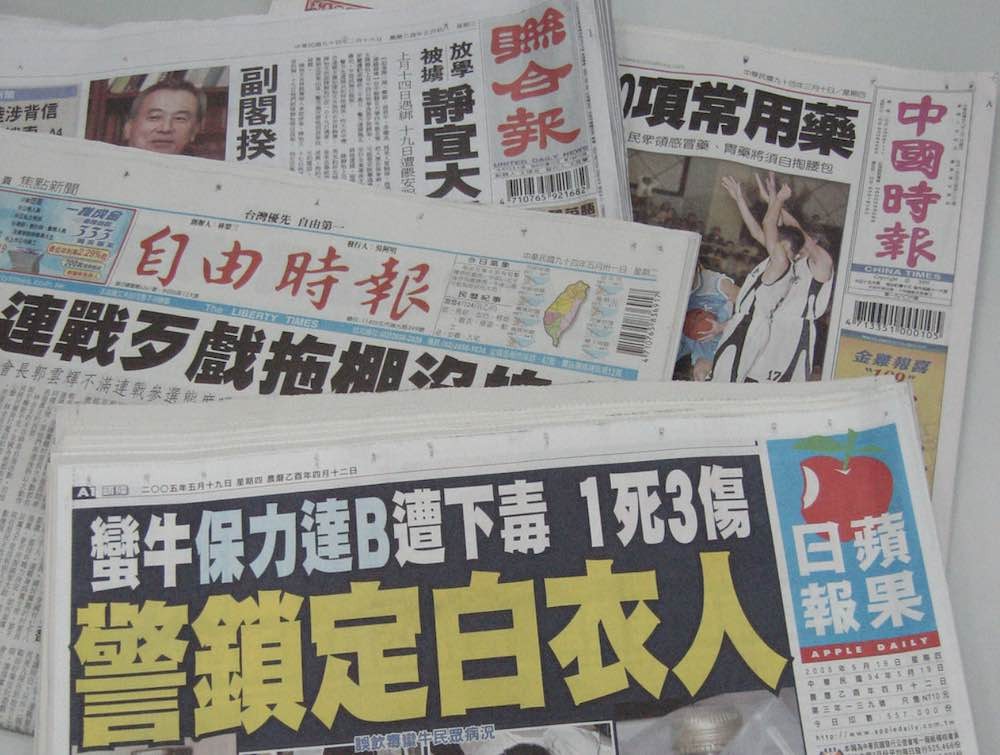 KAOHSIUNG (Taiwan News) -- Last weekend, dozens of senior officials from right across Taiwan’s mainstream media attended an industry summit. There’s nothing strange about that, you may think.

But this summit took place in Communist China, with plenty of Communist Party officials present. Yes, China, the country that poses the single greatest threat to peace, national security, sovereignty, and democracy in Taiwan.

Imagine if the bosses at CNN, the New York Times, and the Washington Post all headed off for a conference with politicians in Moscow… or Tehran. That’s the equivalent.

You might think that perhaps it was all perfectly innocent. Maybe they were talking about how to cover the 2022 Winter Olympics? Or perhaps they were discussing the ethics around using camera footage from ambulances on prime time TV?

What went on at the CCP’s cross-straits media summit?

But no, the summit was entitled the 4thCross-Strait Media People Summit (兩岸媒體人峰會/兩岸媒體人北京峰會) and during the day’s sessions, delegates were told it was their “responsibility” to promote three policies which are the very heart of Communist China’s illegal claims to sovereignty over Taiwan.

Communist Party officials told those responsible for huge swathes of the Taiwanese media that it was their duty to promote “peaceful reunification,” the so-called “1992 consensus” and the flawed “one country, two systems” agenda.

Just let that sink in for a moment. Taiwanese media officials went to a summit in an enemy state where they were told it was their duty to promote the political agenda of that enemy in the Taiwanese media.

Believe it or not, it gets worse. At the end of the meeting, there was a speech given by Wang Yang (汪洋).

If you are not familiar with him, he is Chairman of the National Committee of the Chinese People’s Political Consultative Conference (中國人民政治協商會議). He is also a member of the Politburo Standing Committee. That is the most senior Committee in the CCP which only senior party leaders are permitted to join.

This senior Communist Party official talked at length about these three policy priorities. He also explained to the assembled Taiwanese media officials how both “Taiwan independence” and “foreign forces” (i.e. the USA) were a waste of time. He added that both “time and potential” were on Communist China’s time.

And how did those Taiwanese media officials in attendance respond to these demands? They stood and applauded loudly with big grins on their faces. Be in no doubt, that they fully endorse everything that the CCP officials at this summit were feeding them. They support the unification of democratic Taiwan and Communist China, the loss of Taiwanese sovereignty, and the eradication of Taiwanese democracy.

Which Taiwanese media officials were in Beijing?

So, who was attending from the Taiwanese media? It will come as little surprise to many to see Want Want Group (旺旺集團) participating prominently. After all, it was revealed last month that they have received as much as NT$15.26 billion (US$495 million) from the CCP over the past dozen or so years. But they were not alone in attending. The Conference booklet shows more than 70 delegates from the Taiwanese media.

The reaction to the news that so many Taiwanese media officials are happy to head to Beijing to be told what editorial lines their media outlets should be taking has been one of outrage online.

Predictably, coverage of the event in Taiwan’s mainstream media has been rather more muted. This is in much their same way that their coverage of the CCP’s Uighur holocaust in East Turkestan/Xinjiang, and their oppression of Christians, other religious minorities, lawyers, human rights campaigners, and many other groups, is also downplayed. Why might that be?

In light of the revelations around this summit, the assumption has to be it is because it doesn’t suit their paymasters in Beijing.

In light of these staggering revelations, the response of Taiwanese President Tsai Ing-wen (蔡英文) has been frankly underwhelming. She has pledged that national security authorities in Taiwan are “monitoring” the situation and attacked the CCP for attempting to interfere with Taiwan’s democracy and press freedom.

The suggestion that they are attempting this level of interference seems to underplay the situation somewhat. They are having a real and tangible influence on Taiwan’s media right now. Beijing’s influence over Taiwanese mainstream media is skewing political debates, damaging Taiwan’s democracy, and undermining a free and open public discourse on matters of fundamental importance.

Now is the time for action

The time for “monitoring” is long since passed. This is not the first event of this nature to see Taiwanese media officials head to Communist China to openly receive instructions from the CCP. It is the fourth and that no doubt comes in addition to countless unpublicized meetings and communication.

The time for monitoring is well and truly over. The Taiwanese government needs to take action and fast. The upcoming 2020 Presidential elections are shaping up to be the most important in Taiwan’s short democratic history.

One party is standing up for Taiwan, while the other is preaching the merits of handing Taiwan over to Communist China. The very future of the country could depend on this election and CCP interference of this kind should not be permitted under any circumstances.

Government interference in the media risks criticism that Taiwan’s free press is being undermined. But if the press in Taiwan is already under the influence of the country’s biggest enemy, can it really be considered free?

There is now enough evidence for the Taiwanese government to take justifiable action against those media outlets found to be cooperating with Beijing and still maintain a free press in Taiwan.

A manifesto for media reform in Taiwan

So, what steps should they take?

Firstly, legislation should be brought forward right now banning all direct and indirect Chinese ownership of Taiwanese newspapers, TV channels, current affairs magazines, and websites. Those already in Chinese hands should be forced to sell up with a deadline of no longer than 90 days. If they fail to do so, the state should be empowered to seize control of them.

If any media outlets do pas into the hands of the state, they should not retain control but rather sell as promptly as possible to new owners who will be committed to ensuring that Taiwan has a vibrant, diverse, and honest media sector.

At the same time, all of those Taiwanese media officials who attended this summit in Beijing (and the previous three as well) should be prohibited from any involvement in Taiwan’s media now or at any time in the future. Consideration should also be given as to whether their participation constitutes any criminal offenses under Taiwanese law.

Consideration should also be put in place to require all Taiwanese media outlets to provide balanced media coverage, especially during election periods. All political stories should be required to include both the pan-green and pan-blue positions and proportional coverage of smaller parties and independent candidates should also be required.

There is also a case for the establishment of an independent Taiwanese public service broadcaster. This could broadcast current affairs and news-related content and debate as well as the type of in-depth investigative content that most private media cannot afford.

The remit of such a broadcaster should be to ensure that Taiwanese people are aware of what's going on in the world, with a special focus on spreading the truth about the reality of life in Communist China.

There is a lot that needs to be done and it is probably a big ask for everything to be put in place ahead of next year’s Presidential election.

But control of the media can, and must, be wrested from Beijing before then and the most important steps, to cut off Beijing’s direct influence over Taiwan’s media can be put in place fast.

President Tsai must act now. She must be brave and strong on this issue. The very future of Taiwan is at stake here. 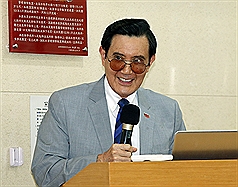