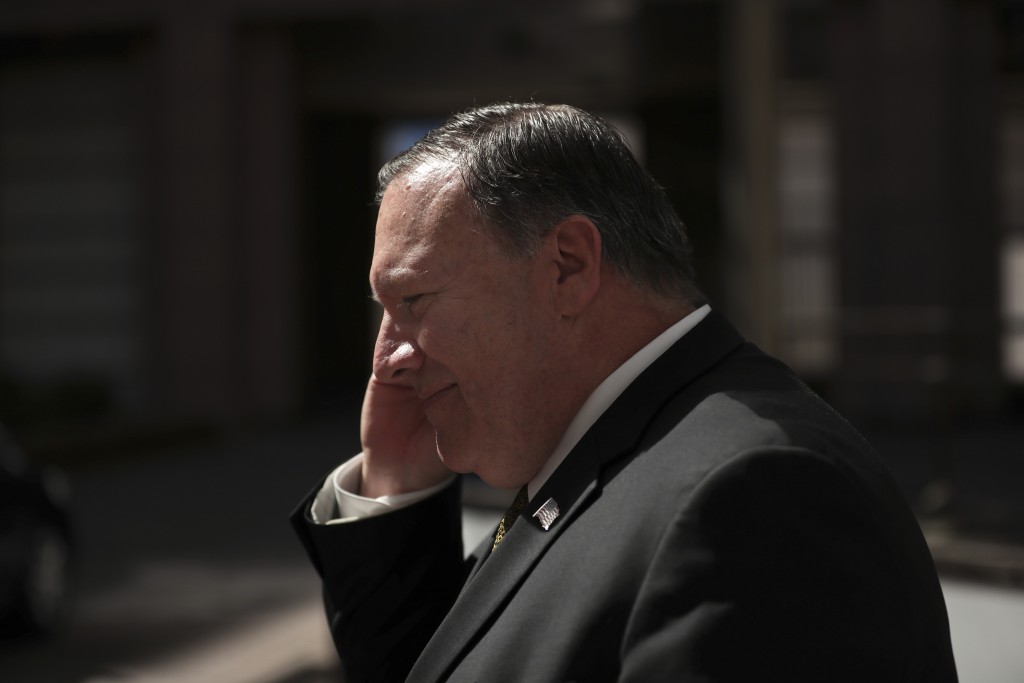 Pompeo is arriving in Russia's Black Sea resort of Sochi Tuesday for talks with Foreign Minister Sergey Lavrov. He is expected to meet with Putin after that.

Before hosting Pompeo, Putin is expected to visit a military facility in the south that manufactures some of Russia's most modern fighter jets. Asked whether it was deliberately timed to coincide with Pompeo's visit, Peskov argued this was a routine visit and not a "message" to anyone.