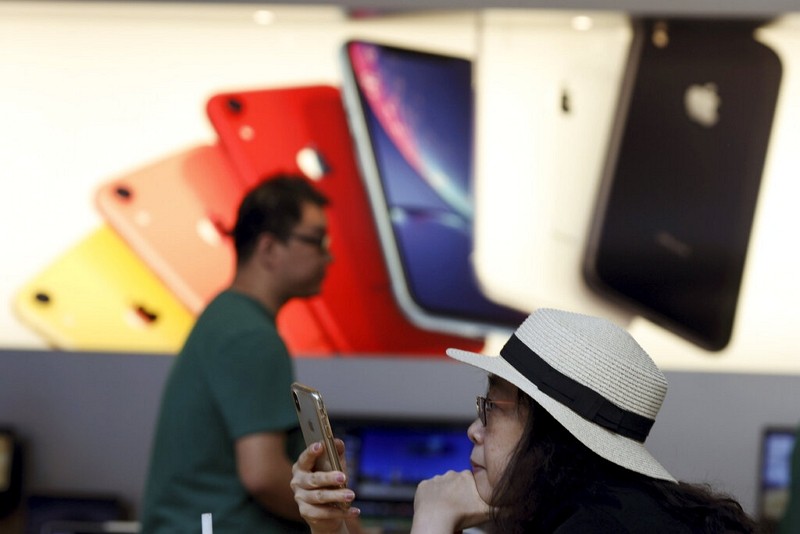 Taiwanese companies in China that manufacture telecommunications devices and computers are likely to be hit hard in the escalating trade war between the United States and China, as such products are the prime targets of the U.S.' latest wave of proposed tariffs, a leading technology research and development institute in Taiwan said Tuesday (May 14).

One official at the Industrial Technology Research Institute (ITRI) made the comment in a phone interview with CNA after the U.S. on Monday released a new list of about US$300 billion worth of Chinese products, including information and communications technology products such as cellphones and laptops, which it is threatening to hit with tariffs of up to 25 percent.

Expressing similar views, Roy Chun Lee (李淳), deputy director of the Taiwan World Trade Organization and Regional Trade Agreements Center of the Chung Hua Institution for Economic Research, said that if the threatened tariffs are implemented, the effects will be grimmer than the first round of U.S. tariffs on US$200 billion worth of Chinese goods last year.

This time, China-based Taiwanese manufacturers like Hon Hai Precision Industry, which assembles iPhones for Apple Inc., and Quanta Computer will be the first to suffer if the U.S.-China trade war exacerbates, Lee said.

The new list of targeted products is spread over 3,805 categories, Lee said, noting that the U.S. and China are Taiwan's largest export markets.

He said the trade war will lead to an economic slowdown in China, as well as a decrease in investment and consumption there, which will result in slower demand for Taiwan-made components and semi-finished products.

As American consumer electronics brands will also be in the line of fire, however, they will try to pressure U.S. President Donald Trump to end the trade war soon, Lee said.

Also commenting on the issue, Gordon Sun (孫明德), director of the Taiwan Institute of Economic Research's (TIER) Economic Forecasting Center, said that Taiwanese manufacturers in China will be hit directly by the proposed new round of U.S. tariffs or if the trade talks between the U.S. and China break down completely.

He suggested that China-based Taiwanese makers of information and communications technology products move quickly to expand their manufacturing capacity in Taiwan and other places and to relocate their product lines for U.S.-bound exports.

While Taiwanese factories in China have been moving their production lines back to Taiwan or to Southeast Asia, it will take 10 years at the current pace to fully relocate their manufacturing lines for exports to the U.S., according to the ITRI.

Taiwanese manufacturers of clothing, shoes, and textiles are unlikely to be affected by the new tariffs, although those products are on the proposed list, because they had already moved their production lines from China to countries in Southeast Asia long before the trade war started, the ITRI said.

Last year, the U.S. imposed tariffs of 10-25 percent on US$200 billion of Chinese goods after the two countries failed to reach a trade deal despite days of talks.

Following the U.S.' latest threat of new tariffs, China said Monday it will raise tariffs on US$60 billion worth of American goods from June 1.