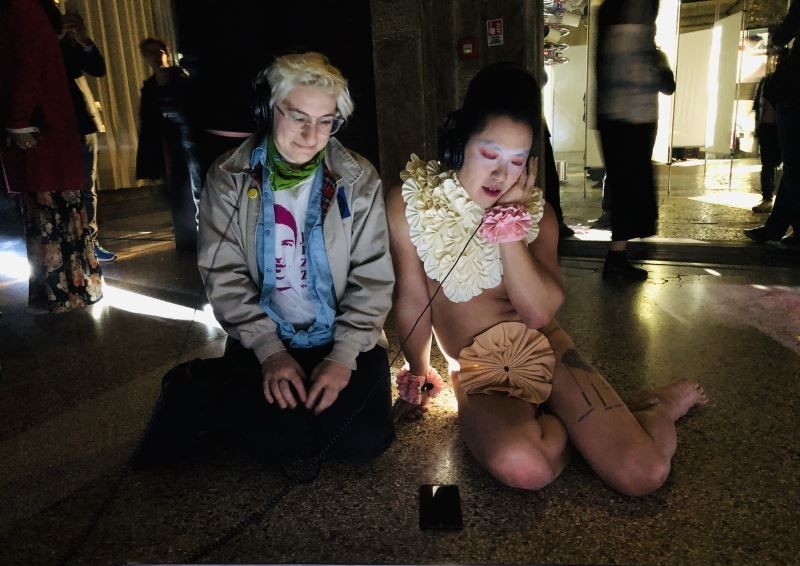 The Taiwan pavilion at the 58th International Art Exhibition of the Venice Biennale opened May 11, showcasing works by local talent Cheang Shu-lea that explore such themes as gender, sexuality and surveillance.

Organized by Taipei Fine Arts Museum, the Taiwan event is running at the 17th-century Palazzo delle Prigioni prison through Nov. 24. It is titled “3x3x6” in reference to a 9-square-meter prison cell monitored by six cameras and comprises multimedia creations by Cheang, the first female artist selected as a solo exhibitor in the nation’s pavilion.

Speaking at the opening of the event, Deputy Minister of Culture Ting Hsiao-ching said that Cheang’s works offer sharp insights into often-neglected issues impacting modern society. Through prompting reflection on timely topics like technological surveillance, the show demonstrates the vibrancy and openness of Taiwan’s art scene, she added.

Created by Cheang in collaboration with Spanish curator Paul B. Preciado, the centerpiece of the pavilion is a multiscreen video installation displaying footage of 10 characters based on people who were imprisoned or ostracized for their gender, race or sexuality. Among the real-life figures used as inspiration for the piece are French philosopher Michel Foucault and writer Marquis de Sade.

The work also includes 10 short films on the characters, in which they are played by actors with different genders or physical appearances than the historical people they are based on. This is aimed at challenging stereotypes, according to TFAM.

Photos of visitors—taken with their consent or uploaded via an app—are also featuring as part of the exhibition. A computer program alters the gender or race of the subjects before projecting the images onto screens, TFAM said.

The pavilion aside, five Taiwan artists are included in another show staged on the sidelines of the biennale. Works by painters Julie Hsieh, Kuo Yen-fu and Lien Chien-hsing, interior designer Sharon Tsai and sculptor Liang Ping-cheng feature in the exhibition “Personal Structures—Identities” by the European Cultural Centre in Italy.

Launched in 1895, the Venice Biennale is one of the world’s most prestigious cultural events. Taiwan has participated since 1995, while the nation’s pavilion has comprised solo exhibitions since 2015.