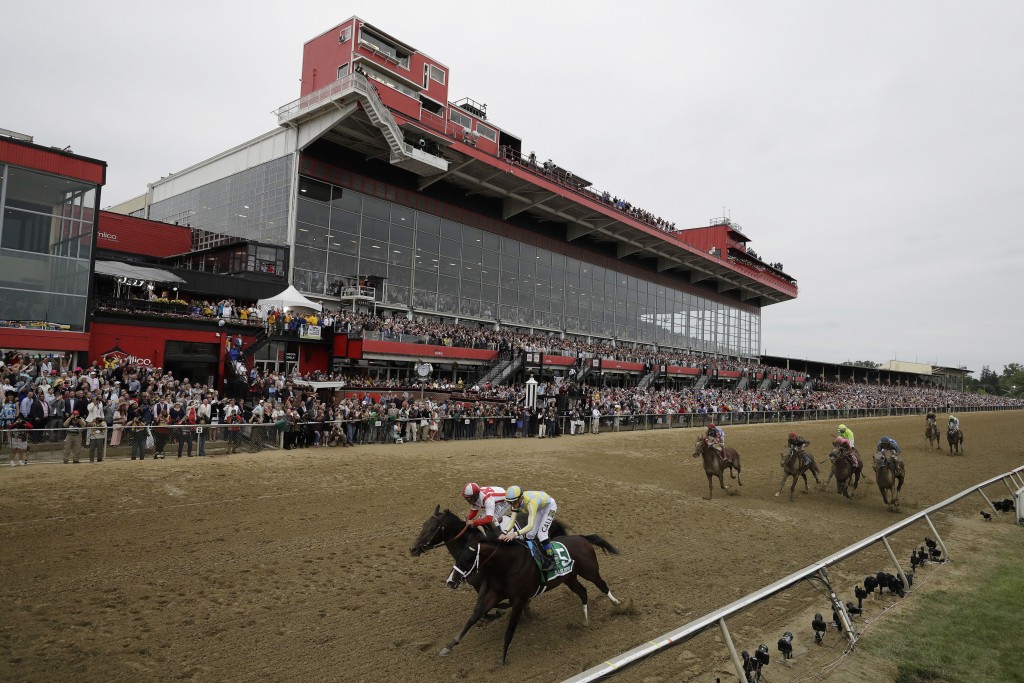 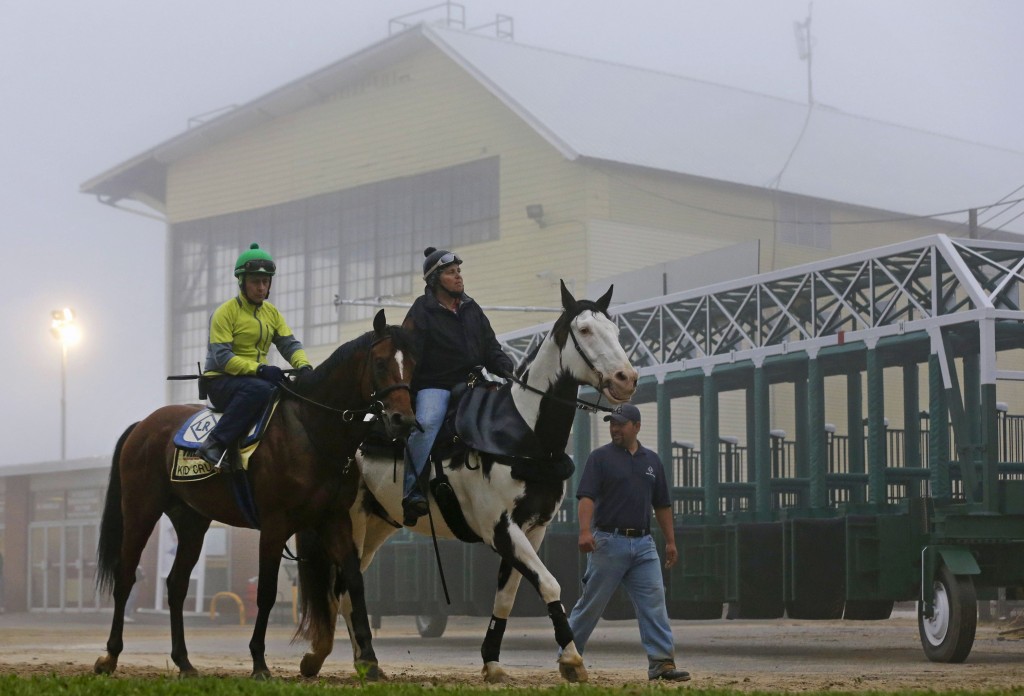 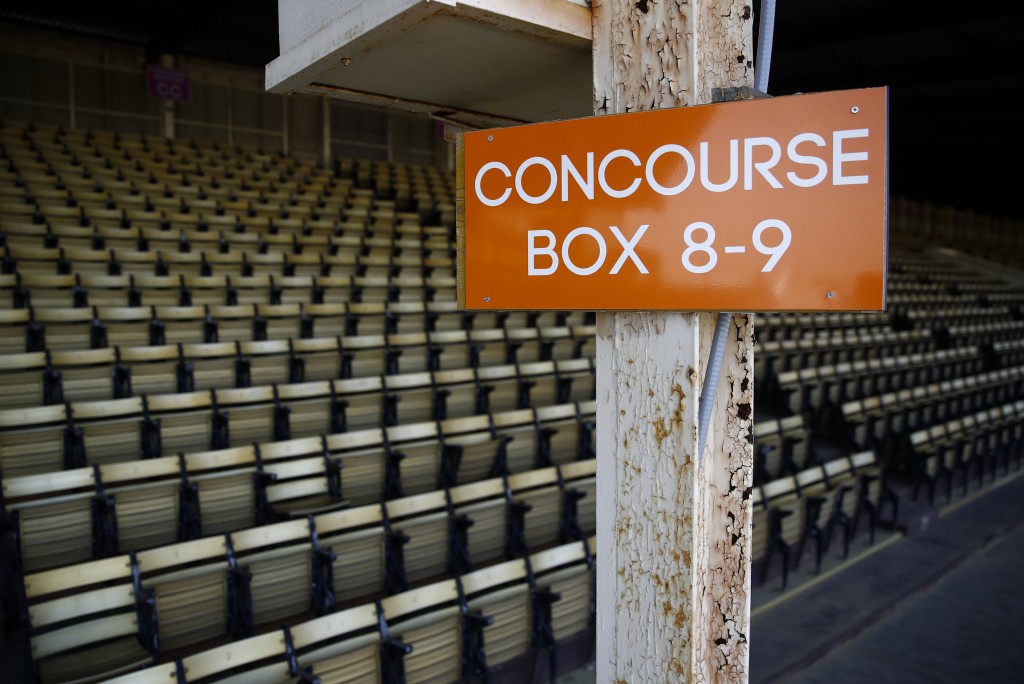 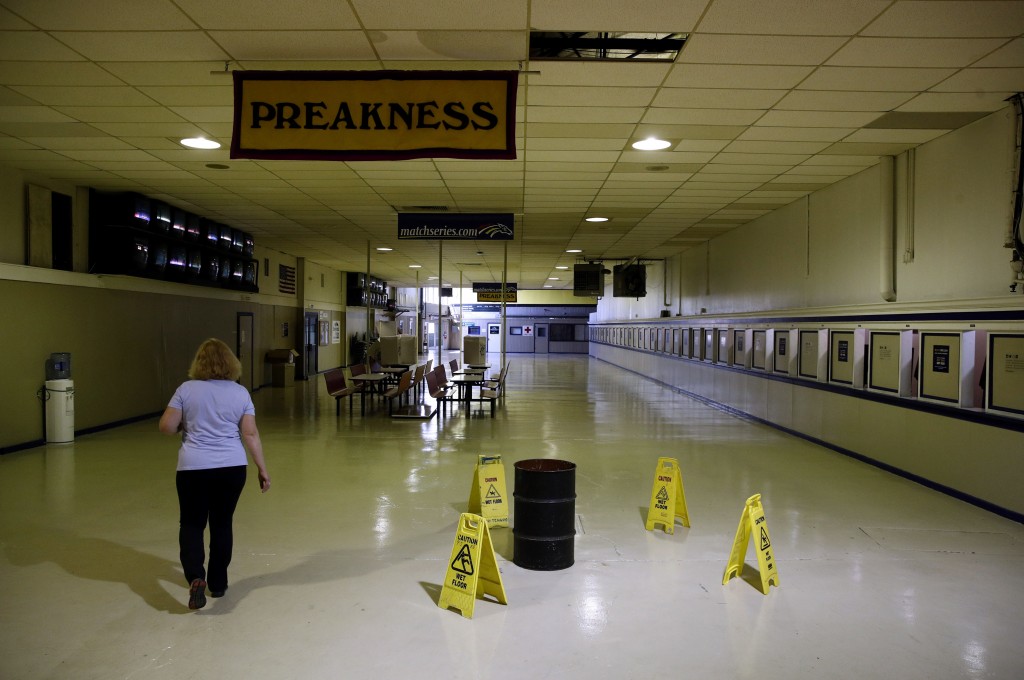 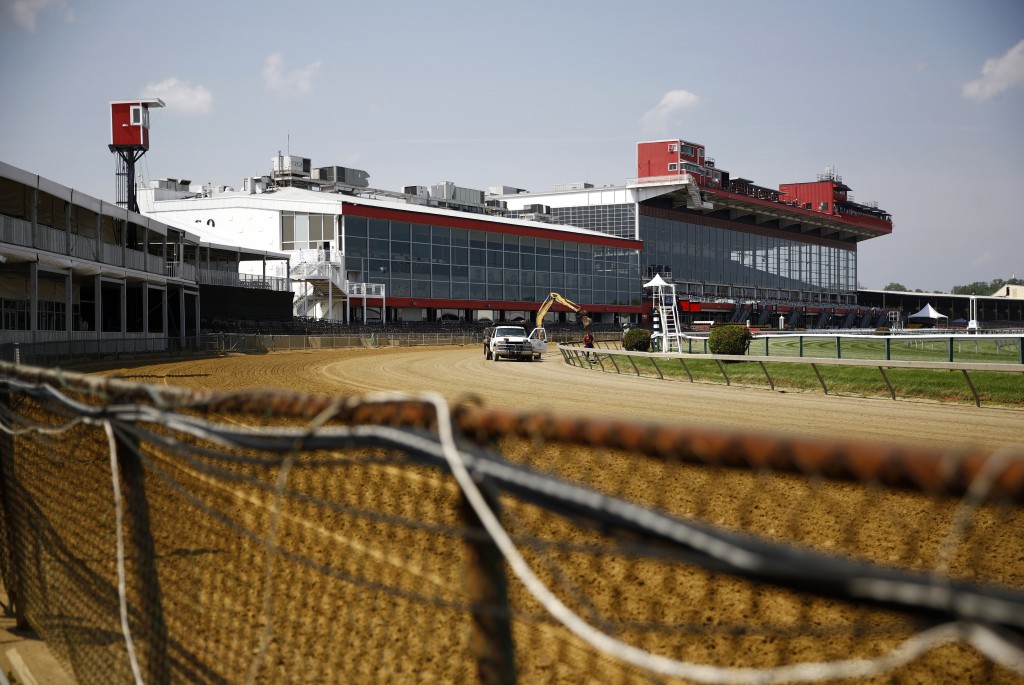 BALTIMORE (AP) — Aptly nicknamed Old Hilltop, antiquated Pimlico Race Course has finally reached the point where its illustrious past might not be enough to assure a vibrant future.

The 144th Preakness will be run Saturday at Pimlico, and will be back next year, too. After that, well, nobody can predict the fate of a track where Man o' War, Seabiscuit, Secretariat and many others pranced to the winner's circle. There continues to be a push to have Laurel Park host the second leg of the Triple Crown.

Pimlico is in need of a major overhaul, and Baltimore city officials, the owners of the track and many trainers disagree on whether it's smart to spend nearly a half-billion dollars in upgrades. But while they are haggling, the track continues to fall into further disarray.

Citing the "safety and security of all guests and employees," the Maryland Jockey Club closed off 6,670 seats in the Pimlico grandstand last month. Many of the barns are dilapidated, and no amount of paint can mask the decrepit facade. It's not a good look for horse racing, which is reeling from horse deaths, a historical Kentucky Derby disqualification and no Derby winner in the Preakness for the first time in 23 years.

Despite Pimlico's problems, the historical landmark still has its supporters.

"The Preakness belongs to Baltimore, and we're going to do everything we can to make sure Preakness stays right here," said new Baltimore mayor Bernard C. "Jack" Young, who's seeking state funding to redevelop Pimlico and the surrounding Park Heights neighborhood.

Meanwhile, the Stronach Group — which owns Pimlico and Laurel Park, as well as a training facility in Bowie, Maryland, and California tracks Santa Anita Park and Gulfstream — believes turning Laurel Park into a state-of-the-art facility worthy of hosting the Preakness is a better option.

Located just 27 miles southwest of Pimlico, Laurel Park already gets the lion's share of racing dates in Maryland — 168 to 12 for Pimlico — and the owners believe it's time for Maryland to choose one track or the other.

"Both of the facilities need pretty substantial upgrades in order to be competitive in sports entertainment," Bill Hecht, CEO and president of the Stronach Group, told The Associated Press. "We just don't see there being any state, city or private interest in fully upgrading two. It's clear to us that the cost of the upgrades is not comparable. It's approximately $80-100 million at Laurel."

Opened in 1870, Pimlico is the second-oldest track in America behind iconic Saratoga in upstate New York. Pimlico hosted the first Preakness Stakes in 1873 and has been the annual home of the second jewel of the Triple Crown since 1909. It's going to take an estimated $425 million to rebuild the facility and infrastructure, according to a study released last year by the Maryland Stadium Authority.

Hecht's argument for Laurel Park over Pimlico begins with finances, but doesn't end there.

"First and foremost, we are immensely supportive of a facility that would not only deliver the best experience, but also a facility that allows for the horses to be run and trained year round," Hecht said. "We have ability to be able to do that at Laurel with our barn space and land. When we accompany it with the sister Bowie track for training, that's really the perfect situation for the long term sustainability of the horse racing industry in Maryland."

Trainer Mark Casse finds it hard to put a price on tradition.

"Baltimore's one of our favorite places and we love the Pimlico people," said Casse, who saddled War of Will in the Kentucky Derby on May 4 and intends to enter the horse in the Preakness.

Linda Gaudet, a member of the Maryland Thoroughbred Horseman's Association board since its inception, understands tradition but sees where the standoff is going.

"It all comes down to money. Do horsemen love tradition? Of course we do, or we wouldn't be doing this for hundreds of years," she said. "But in reality, if they redo Pimlico for nostalgia or history, there'll be nothing of history left. What will they save? They can't save any part of the grandstand because it's so old. The whole thing needs to be redone."

One plan for the redevelopment of Pimlico includes a multi-faceted facility that would feature a track and have the potential to stage outdoor public concerts, festivals and markets during the non-racing season. The proposals were done according to specifications identified by The Stronach Group and Maryland Jockey Club, but the source of funding was not specified in the report.

State officials have also weighed in.

"I remain committed to finding an economically viable path for all parties to ensure the Preakness Stakes stays in Baltimore," Sen. Bill Ferguson (D-Md.) said. "I am in the process of comprehensively reviewing all economic development tools at our disposal to make that a reality."

Said Gov. Larry Hogan: "There's a discussion going on, but nobody has reached a consensus on what to do about it. It's an ongoing, long debate."

A debate that Maryland and the Stronach Group needs to end.

State law requires the Preakness Stakes to be run at Pimlico. It may only be run elsewhere in Maryland as a result of a "disaster or emergency."

"This is the reason why we will continue to work so closely with all the stakeholders to find a solution that works for everyone," Hecht said. "I'm convinced there's a win-win solution for all the stakeholders. Regardless, I'll be immensely clear: We have never said, and will never say, that we have intentions of moving the Preakness out of the state of Maryland."

When listening to all sides, a "disaster or emergency" seems imminent.