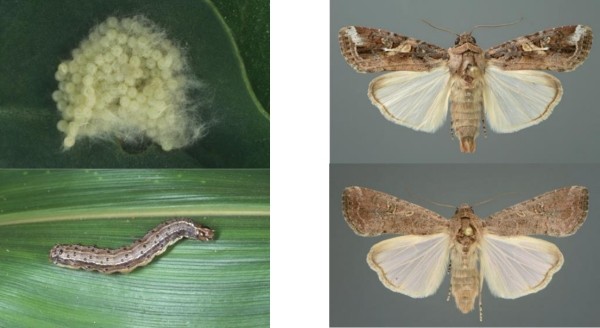 TAIPEI (Taiwan News) -- In addition to fears of the spread of African swine fever, a new scourge from China could soon be threatening the livelihood of Taiwanese farmers, the fall armyworm.

The fall armyworm (FAW), which looks similar to the tobacco cutworm, but is a more serious threat, has recently caused large-scale damage in China, Africa, and South Asia. According to the Bureau of Animal and Plant Health Inspection and Quarantine (BAPHIQ), a single FAW can produce 1,500-2,000 eggs in a lifetime, and the adults are very good at flying, up to 100 kilometers in a night.

The distance between China and Taiwan is very short in certain areas, such as Kinmen, which is only a few kilometers away from Xiamen in Fujian Province. Officials worry that large swaths of sorghum crops could first bear the brunt of the assault from the voracious caterpillars. A native of tropical and subtropical areas of the Americas, FAW spread to Africa in 2016, where it wrought devastation across the continent. In 2017, it spread across Asia, including Yemen, India, Bangladesh, Myanmar, Thailand, and Sri Lanka.

This year, it has spread to China and has thus far infested 11 provinces, including Yunnan, Guizhou, Sichuan, Guangxi, Guangdong, Hainan, Hunan, Hubei, Fujian, Zhejiang, and Jiangxi.

Chiang Ming-yao (江明耀), an assistant researcher at the Taiwan Agricultural Research Institute, told News & Market that the official scientific name of the fall armyworm is (Spodoptera frugiperda), which is a species in the order of Lepidoptera. Chiang said that it is similar to the tobacco cutworm, which endangers vegetables. He said that its larvae and adults (moths) are similar in length and evolve from eggs to larvae, to pupae, and finally to adult moths. Chiang said that although the FAW and tobacco cutworms are similar in appearance, the FAW's head capsule is brown and has an inverted Y-shaped yellow marking on it.

FAW females prefer to lay their eggs on gramineous crops such as corn, wheat, sorghum, rice, and taro. The larvae born on these crops will feed off of them and inflict significant damage. As Taiwan has a small-scale farming economy with a wide variety of crops mixed in close proximity of each other, measures will need to be taken to fend off the omnivorous caterpillars from all non-aquatic crops. BAPHIQ Director-General Feng Hai-tung (馮海東) told News & Market that there have not yet been any reported cases of FAW infestations in Taiwan. However, because the moths can fly up to 100 kilometers in one night, and as southwest winds blow in with the plum rain season from China, efforts to prevent and eradicate the insect must be heightened. 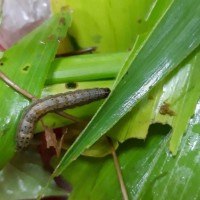 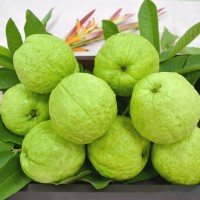 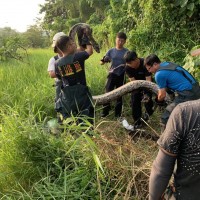