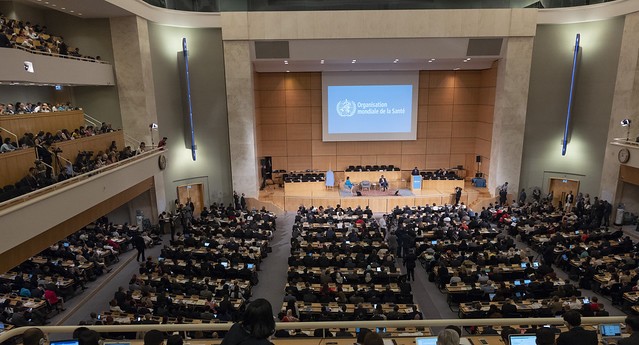 TAIPEI (Taiwan News) -- On Friday (May 10), 55 members of the Czech Republic's parliament signed a letter asking the World Health Organization (WHO) to allow Taiwan to participate as an observer at the upcoming World Health Assembly (WHA).

Jakub Michalek, the Chamber of Deputies Leader of the Pirate Party on Friday announced on Twitter that 55 members of the Czech Republic Parliament's lower House have signed a letter asking the WHO to restore Taiwan's observer status at the WHA.

"55 deputies have supported our appeal to the director of the World Health Organization to not disturb the status of Taiwan as an observer at the main summit by Communist China. We join [in this message] with other deputies [legislators] from the U.S., Japan, Slovakia, Germany, Great Britain, and other countries."

Jakub Janda, Executive Director of the Prague-based European Values think tank and Program Head of KremlinWatch then announced the signing of the letter on Saturday (May 11) with a tweet in English:

55 Czech Members of Parliamentarians have signed up a letter asking the WHO to keep Taiwan in, despite the Chinese communists pressing against it.

We should all stand up for Taiwan, a democratic society oppressed by a hostile totalitarian government from Beijing.

In 2009, Taiwan received an invitation to attend the WHA as an observer under the name "Chinese Taipei." It continued to receive invitations to attend the annual meeting under this status until Taiwan President Tsai In-wen (蔡英文) was elected in 2016 and refused to acknowledge the mythical "1992 Consensus."

In response, China has taken a multi-pronged, punitive approach, which includes blocking Taiwan from participating in international organizations, stealing away diplomatic allies, staging multiple military exercises and pressuring companies and governments to remove references to Taiwan as an independent country. For the third time since 2017, the WHO again kowtowed to pressure from China and has officially excluded Taiwan from attending this year's WHA.

This year, Japan, Canada, the U.S., the UK, Germany, Australia, and France have all voiced support for Taiwan's attendance at the meeting, which is slated to take place from May 20 to May 28 in Geneva, Switzerland.

While online registration for WHA ended on May 6, Health and Welfare Minister Chen Shih-chung (陳時中) nevertheless reconfirmed he would travel to Switzerland with a delegation to meet other countries' representatives in the margin of the global event.