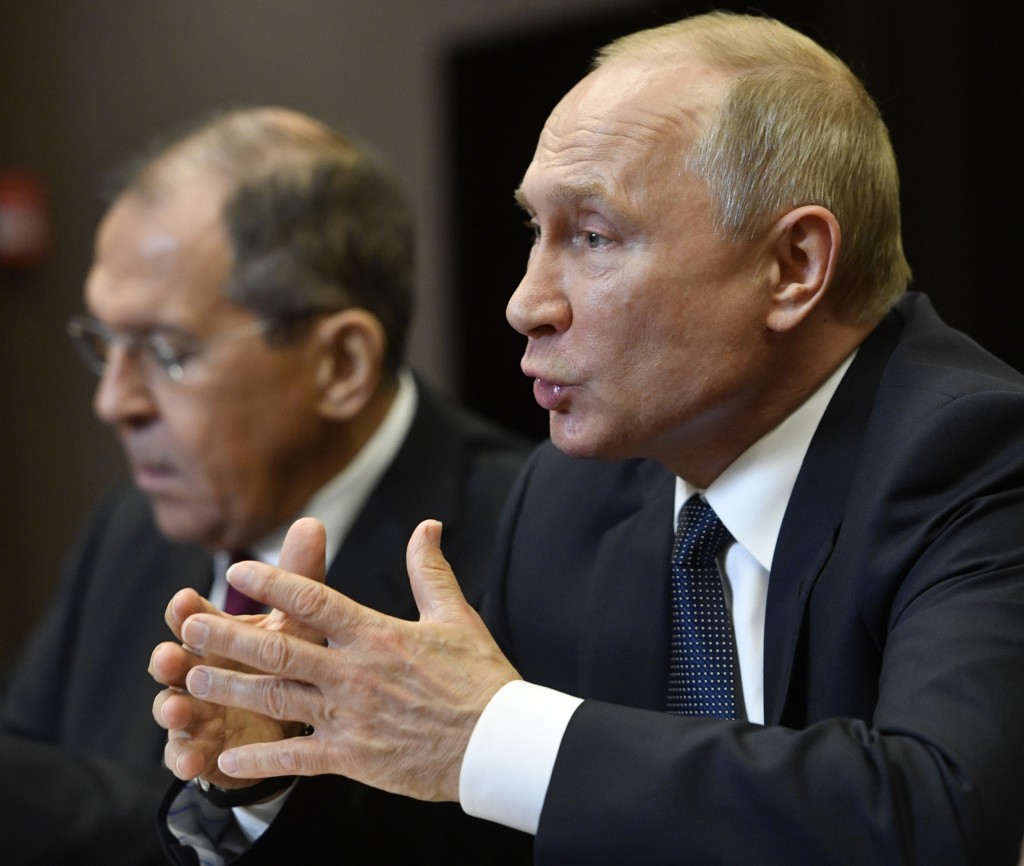 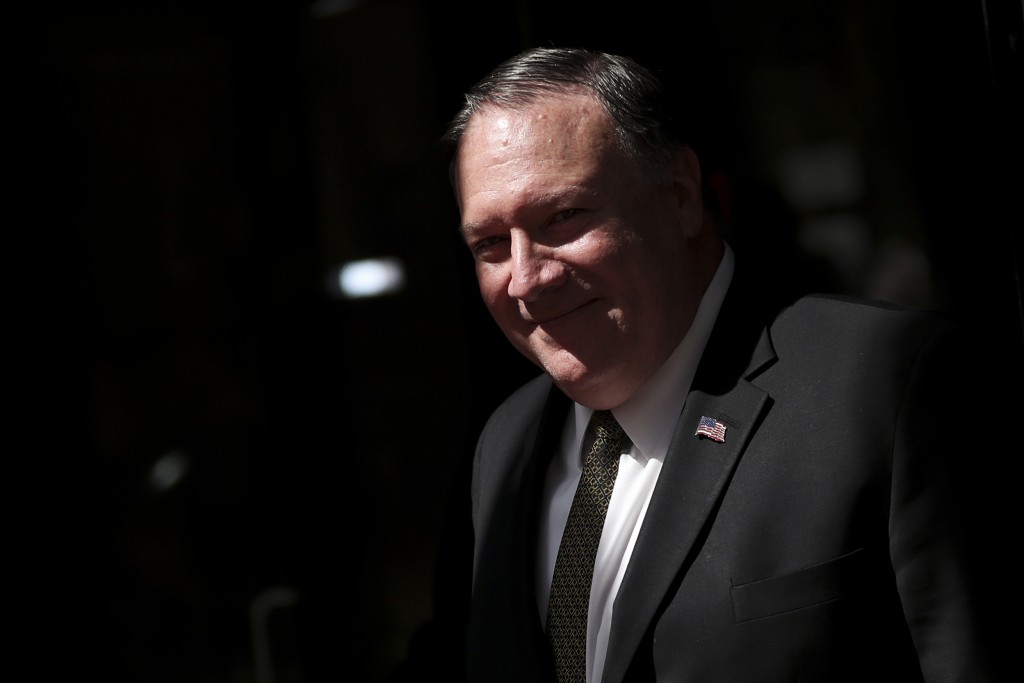 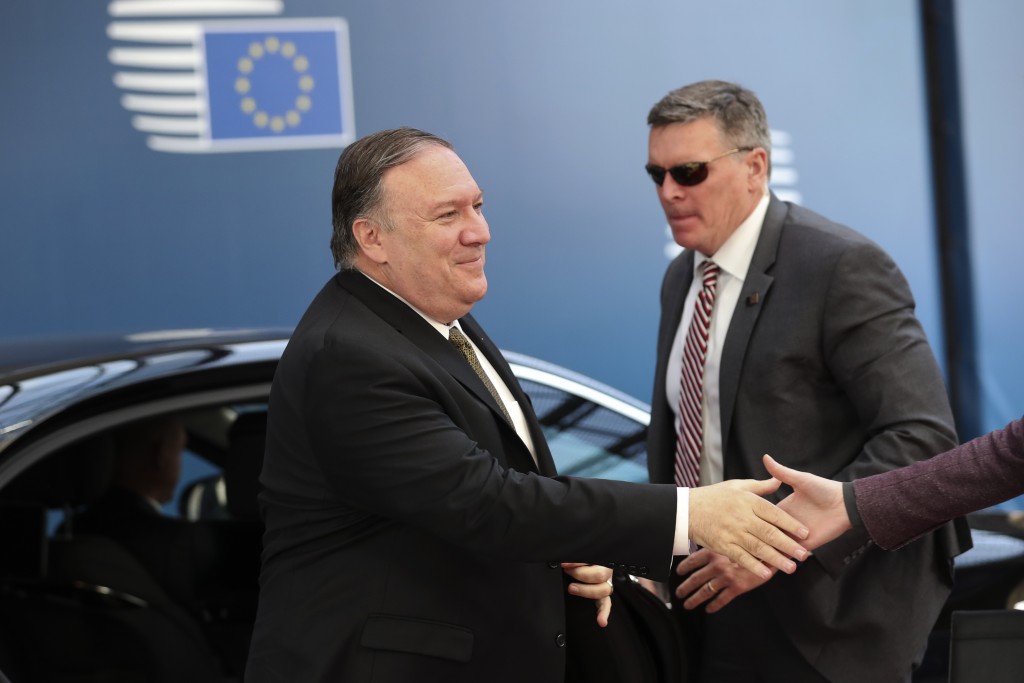 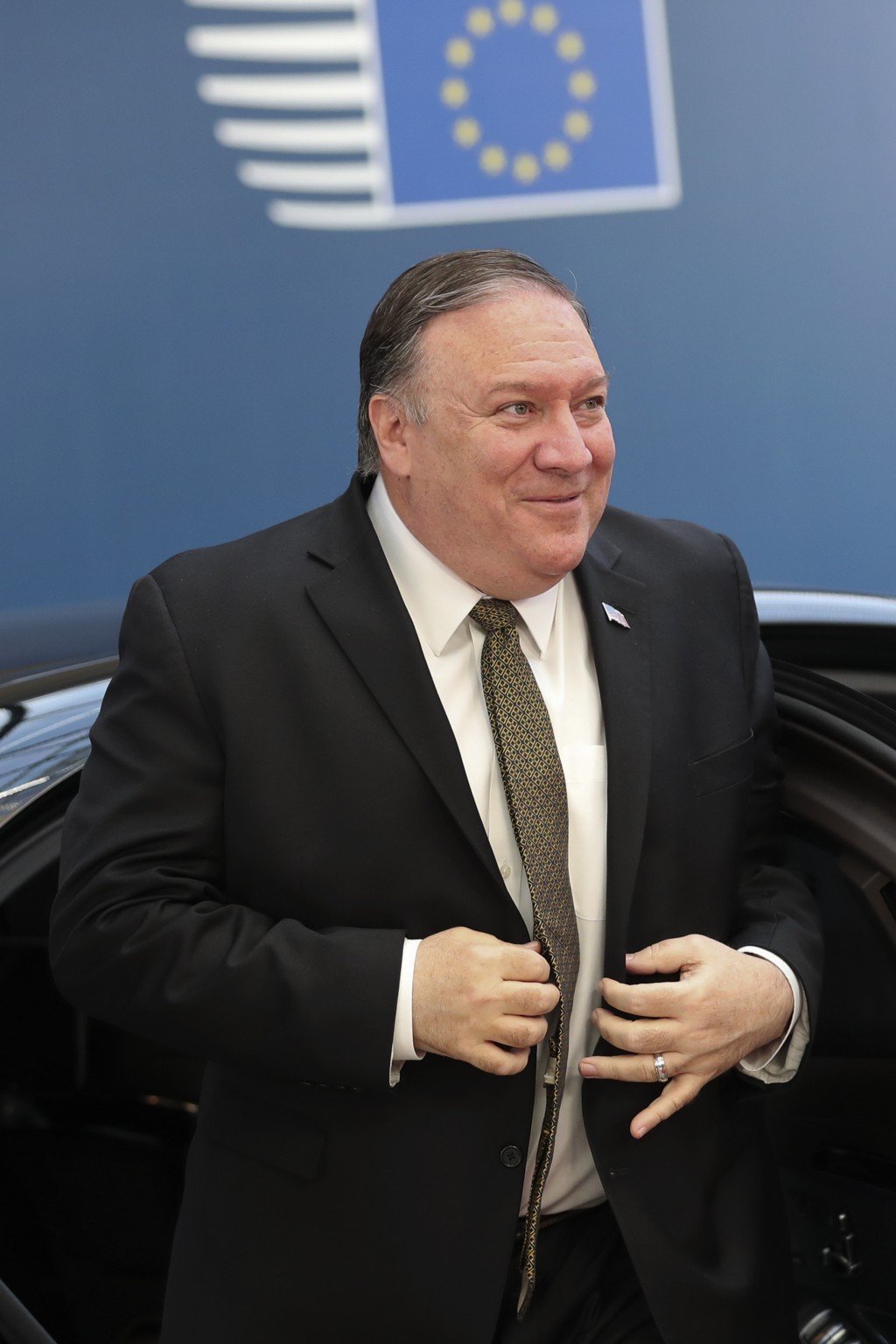 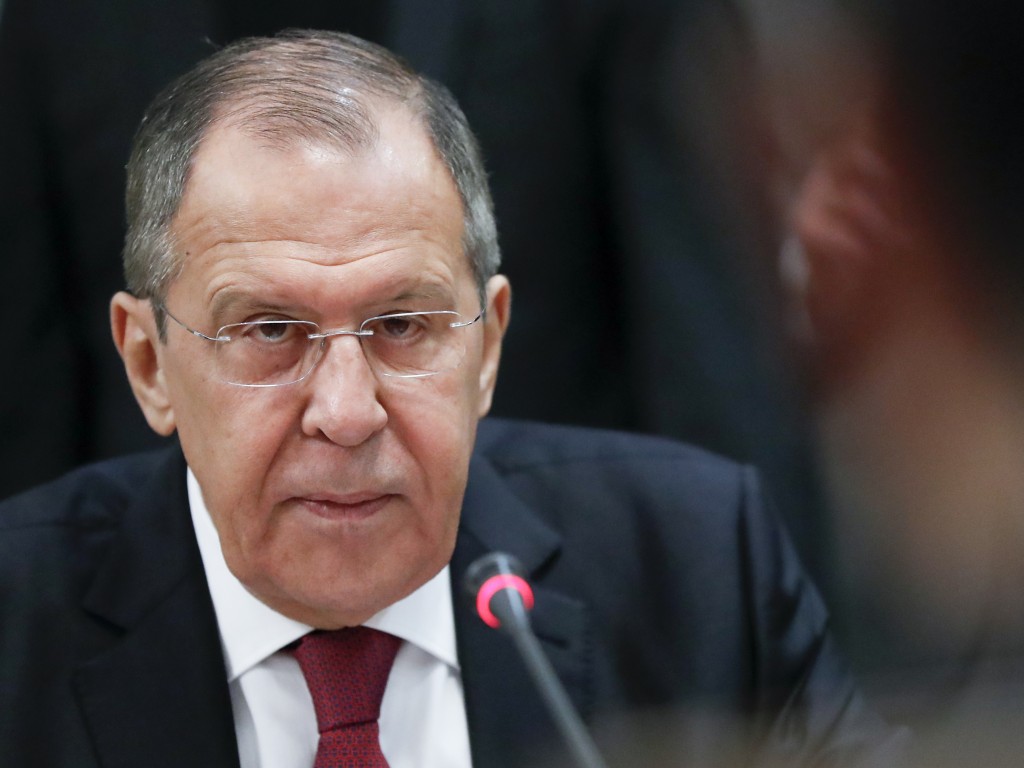 MOSCOW (AP) — U.S. Secretary of State Mike Pompeo's first trip to Russia is scheduled to start Tuesday in Black Sea coastal city of Sochi, where he and Russian Foreign Minister are sitting down for talks and then having a joint meeting with President Vladimir Putin. A look at the top issues Pompeo and Lavrov are expected to discuss before briefing Putin:

The state of arms control treaties between the United States and Russia is likely to feature prominently in the talks.

The U.S. unilaterally pulled out of a 1987 nuclear missile pact this year, accusing Russia of violations. Putin responded in kind, saying he was suspending Russia's participation in the Intermediate-Range Nuclear Forces treaty and accusing Washington of making false allegations.

Trump has said he wants to negotiate new arms control accords that reflect current conditions and to bring in other nations, notably China.

The U.S. president said after he and Putin spoke by phone last week they were considering a deal that would "get rid of some of the tremendous firepower that we have right now" and also include China.

Speaking ahead of Pompeo's visit, Russian Deputy Foreign Minister Sergei Ryabkov said Monday that Moscow wants to focus on extending the START treaty, another key arms control deal between Moscow and Washington which runs out in 2021.

Lavrov and Pompeo's meeting will be the highest-level, face-to-face talks between Washington and Moscow since the release of special counsel Robert Mueller's report on Russian meddling in the 2016 presidential election.

Trump has downplayed the Russian interference and insisted Mueller's report cleared him of wrongdoing. U.S. officials acknowledge Russia inserted itself in the 2016 campaign and think it will try to do so again in the United States and elsewhere.

While Putin has repeatedly denied Russia played any role in other countries' elections, U.S. officials say Pompeo will raise the subject of election meddling in Sochi. At a meeting in Finland earlier this month, Pompeo said he told Lavrov the interference is "not appropriate and that we're going to do everything we can to deter it."

The United States has urged Russia to end escalating airstrikes in the last Syrian province under rebel control. U.S. Special Representative for Syria Engagement James Jeffrey is accompanying Pompeo to Sochi to get a sense of Russia's long-term plans for Idlib.

The Russian military has described its current operations there as limited and solely in response to frequent rebel attacks on its air base. But U.S. officials appear concerned that Russia could be laying the groundwork for a full-on offensive by Syrian government forces.

Russia and Turkey struck a cease-fire deal for Idlib in September, averting what was then seen as an inevitable offensive on the rebel stronghold. Syrian and Russian military planes started bombing the province on April 30.

Russian officials publicly expressed their impatience with Idlib's rebels, but said they oppose a major offensive.

Lavrov is likely to press Pompeo on the U.S. military presence in Syria as well as the international sanctions on Syria President Bashar Assad's government. Russia argues the sanctions hamper the much-needed reconstruction efforts for the war-battered country.

Tensions between the U.S. and Iran have spiked since Trump withdrew a year ago from a 2015 nuclear agreement between six world powers and Tehran while reinstating economic sanctions on Iran's energy and finance sectors.

Russia is one of the remaining signatories, and Lavrov is likely to stress to Pompeo the deal's importance for international security.

Iran said this week it would partially end its compliance with the agreement unless the European parties are able to circumvent the U.S. sanctions and preserve the benefits the Middle East country expected to see from the accord.

Pompeo scrapped the short visit to Moscow on his trip itinerary Monday and made an unplanned stop in Brussels to discuss the future of the Iran nuclear deal with European officials.

Last week, the U.S. said it was dispatching an aircraft carrier group and B-52 bombers to the Middle East in response to intelligence that Iran was preparing to retaliate for the sanctions with attacks on American interests in the region.

Trump also said he would like to meet Iranian leaders "someday" to "work out an agreement."

Pompeo is coming to Sochi likely wanting to know if Moscow can do more to get North Korean leader Kim Jong Un to abandon his arms buildup. Russia is likely to press the U.S. to provide more security guarantees to North Korea as a first step to break the diplomatic stalemate.

Kim traveled to Russia last month to meet with Putin, who appears to be eager to play a bigger role in solving the security dilemma of the Korean Peninsula.

With no formal agreements signed or announced, Putin said Kim was willing to give up nuclear weapons, but only if he gets ironclad security guarantees supported by a multinational agreement.

North Korea tested three new missiles last week. The launches were seen as a possible warning to Washington over deadlocked nuclear negotiations as the two sides continue to struggle with mismatched demands on sanctions relief and disarmament.

North Korea has contended that it needs a nuclear arsenal to defend itself against what it sees as U.S. hostility and wants concrete reassurances of its safety, including the removal of the American nuclear threat.

A summit between Trump and Kim in February failed. Kim later criticized Washington for taking a "unilateral attitude in bad faith," causing a diplomatic standstill.