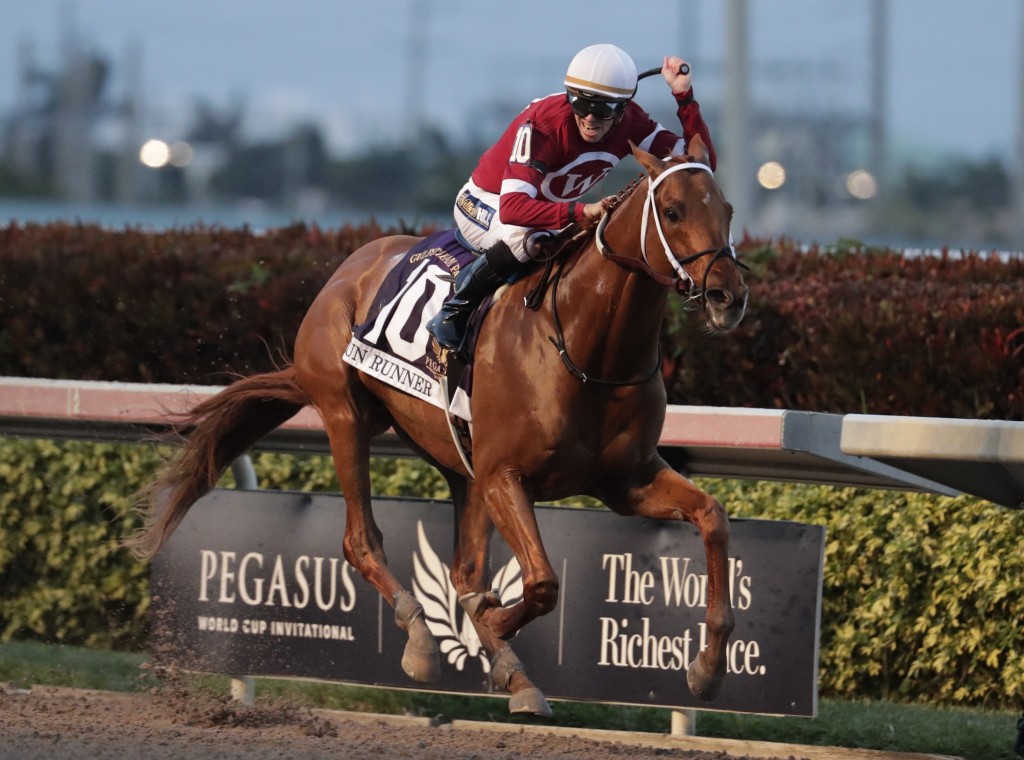 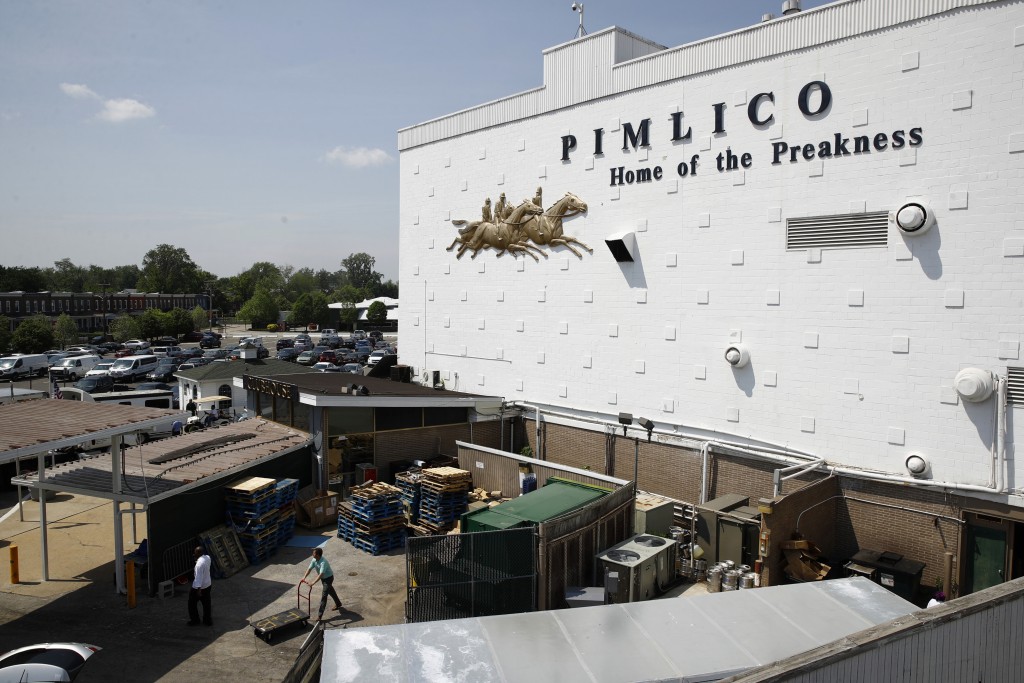 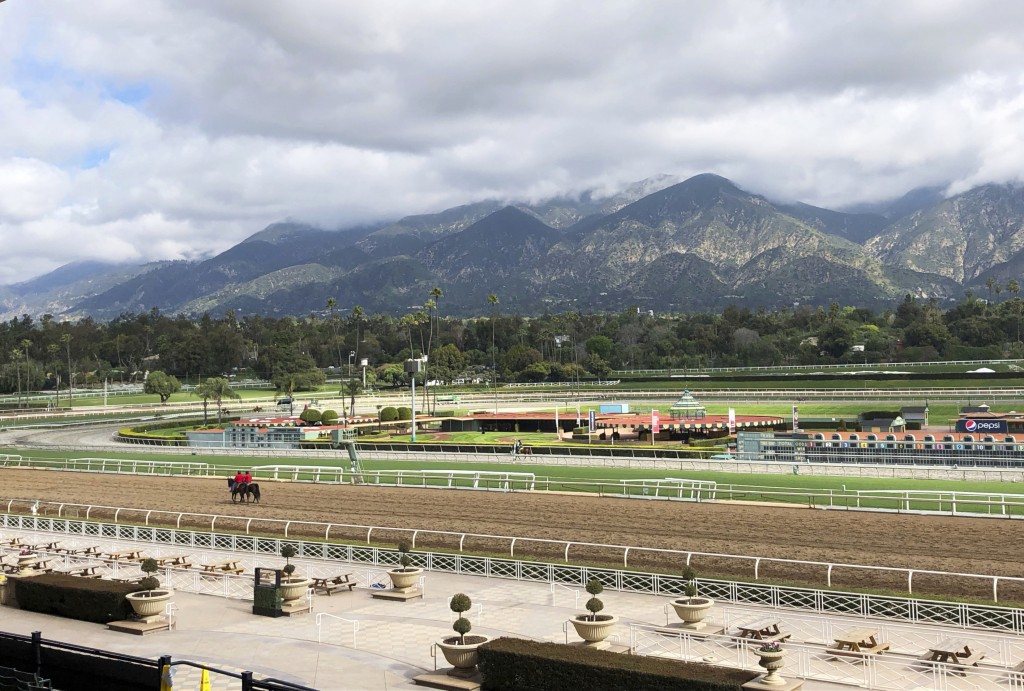 The Stronach Group isn't well known outside of horse racing.

That distinction goes to the likes of modern Triple Crown winners American Pharoah and Justify, trainer Bob Baffert and legends of the past including Secretariat and Seattle Slew.

But few — if any — have had a bigger impact on the sport in recent years than the Stronach Group, led by Frank Stronach, Belinda Stronach and Tim Ritvo. They're the movers and shakers of the Canadian-based company that has recently been at the center of much of the good, the bad and the ugly of horse racing.

"No question the Stronach Group and the Stronach family invest in horse racing," National Thoroughbred Racing Association president and CEO Alex Waldrop said. "They do invest heavily in the business, and you've got to acknowledge that and thank them for that."

And blame them at times.

They own seven U.S. tracks, are credited for saving the industry in Maryland, boosted the sport in Florida and established the richest horse race in the world. They're also the subject of multiple family lawsuits, an ongoing quarrel over the future of the Preakness that's again the conversation with the race coming up this week, and own Santa Anita Park, which was the site of 23 horse deaths over a span of three months.

But love them or loathe them, it's fair to say horse racing wouldn't be where it is right now without the Stronach Group.

Before the disqualification of Maximum Security in the Kentucky Derby, the fatalities at Santa Anita dealt another blow to horse racing's reputation and put the Stronach Group under the microscope. East Coast officials criticized the Stronach Group for being slow to react and institute reforms.

Waldrop praised the Stronach Group and horsemen in California for getting the situation under control. There's considerable debate over how the aftermath was handled and changes implemented, but Stronach Group executives did it their way.

"The long term of thoroughbred racing, whether it be in Maryland, California or Florida or anywhere in the U.S. is reliant on having healthy horses, healthy trainers, healthy jockeys and all of the above," CEO Bill Hecht said. "We will continue to work very closely with the breeders and the trainers and the horsemen to affect the very best solution for the health of all of those groups."

Long before the fatalities at Santa Anita forced the Stronach Group to find a solution to that problem, it has been fighting with Maryland lawmakers over the Preakness. The argument over whether the Preakness will continue to be run at Baltimore's aging Pimlico Race Course or the company's favored Laurel Park, 30 miles down the road, has become a tiresome mid-May tradition.

The Stronach Group's fingerprints are all over the sport.

Austrian-Canadian billionaire Frank Stronach made his money in auto parts and wanted to put it into horse racing. It was his idea in 2016 to launch the Pegasus World Cup at Gulfstream Park in Florida, which now has the biggest purse in the world at $16 million.

"Frank is the only man that's invested his life earnings in racing," longtime Maryland-based owner and trainer Linda Gaudet said. "Nobody can criticize him for that because nobody else wants to do that. There's nobody out there that will do that. Nobody's going to fix a racetrack, build a racetrack."

Gaudet still remembers Dec. 4, 2015, when Ritvo came into Maryland and "saved" the industry there after some rough years. She said Stronach, Ritvo and Maryland Jockey Club president and general manager Sal Sintra took the state's racing operation from "the bottom of the rung" back to respectability.

"The stuff (Ritvo) got done in a short amount of time was amazing," Gaudet said. "He has a tough management style, but he's effective. And if somebody's not doing their job, move on to the next one."

That's not limited to Maryland. Even though his name isn't on the company, Ritvo has plenty of influence and has become something of a fixer when problems arise.

"Tim Ritvo, he's a dynamo," Waldrop said. "He's a force to be reckoned with. Not everyone likes that approach, but I take my hat off to him for working with all the parties involved in the situation and getting it right now at Santa Anita."

Not everyone in the Stronach family likes each other all that much right now, at least from a business standpoint. Frank in September sued his daughter, two grandchildren and former business associate Alon Ossip for over $500 million in Ontario Superior Court alleging they mismanaged the family's assets and conspired to take control of them.

Belinda Stronach countersued her father in January, saying in a statement of defense that he lost vast sums of money on pet projects.

Hecht said whether its family infighting, safety at Santa Anita or problems at Pimlico, the horse racing spotlight — rightly or wrongly — will continue to shine on the Stronach Group.

"They can't blow their nose without somebody seeing something wrong," Gaudet said. "All the optics are on them right now."