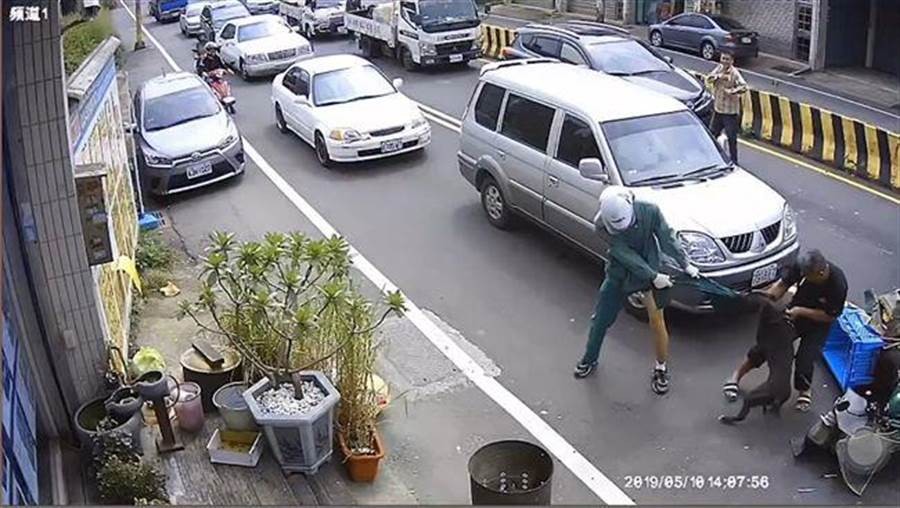 TAIPEI (Taiwan News) -- A postman suffered a vicious, unprovoked attack by a pit bull at an intersection in northern Taiwan's Hsinchu County on Friday (May 10), causing him to suffer lacerations to his leg and arm and a sprained ankle.

A 34-year-old postman surnamed Tseng (曾) was riding his motorcycle as he neared the intersection of Xinshi Elementary school and Chenggong Road in Hsinchu County's Hukou Township at 2 p.m. on Friday, reported CNA. When he arrived at a stop light, a black dog suspected of being an American pit bull terrier leaped out of a white, flatbed truck next to him and immediately clamped down on his left leg with his powerful jaws.

According to an eyewitness account of the incident posted on the Facebook group I am a Hukou Person (我是湖口人), the mailman hopped off his motorcycle as the dog started to chomp away on his left leg. Despite the mailman's efforts to fend the dog off with his right fist, it maintained a vice-like grip on his left pant leg. The owner then leaped out of his vehicle and tried to pull his dog off the hapless mail carrier, but to no avail.

In the first of two videos of the incident that were posted on the page, the dog can be seen relentlessly yanking on the postman's left pant leg as the owner tries to pry the dog away. In the second video, the mail carrier is finally able to wrest the tattered remains of his green pant leg, which had been ripped all the way to the crotch.

The dog makes several more attempts to lunge at the postman as it barks hysterically. Finally, after the owner had successfully subdued his berserk dog, the mail carrier stoops over to catch a breath out of sheer exhaustion. After the dust settled, Tseng had suffered several lacerations to his left leg, left arm, and sprained his left ankle, reported Liberty Times. Surveillance video of the attack showed that it had lasted about two minutes, reported Apple Daily

Friends of the dog owner claimed on Facebook that he took the wounded mailman to a hospital and accompanied him to the Hukou Police Station to file a report. The owner expressed his desire to settle the incident privately, but Tseng told Apple Daily he would assess the man's sincerity before deciding whether to file a complaint.

This is the second time the dog has attacked a postman, with the first case resulting in an NT$200 fine. Hsinchu County Animal Disease Control Center Director Peng Cheng-yu (彭正宇) told CNA that pit bulls are classified as an aggressive breed of dog by the Executive Yuan's Council of Agriculture. Peng says that according to Article 20 of the Animal Protection Act (動保法), such dogs must be accompanied by their adult owners at all times, be placed on a leash that does not exceed 1.5 meters in length, and should be muzzled when entering public places.

If owners of aggressive dog breeds are found to have been in violation of the law, they could face fines of between NT$30,000 to NT$150,000. Currently, the law only deems the following types of dogs as aggressive breeds: American pit bull terriers, Japanese Tosa, Neapolitan Mastiff, Dogo Argentino, Brazilian Mastiff, and Mastiffs. 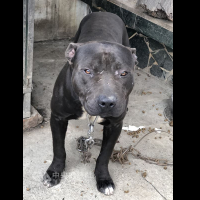 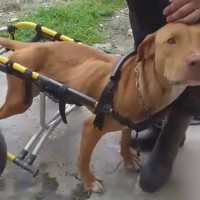 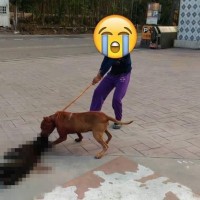 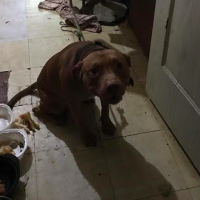 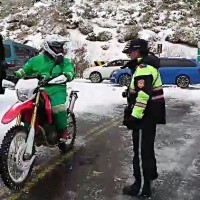