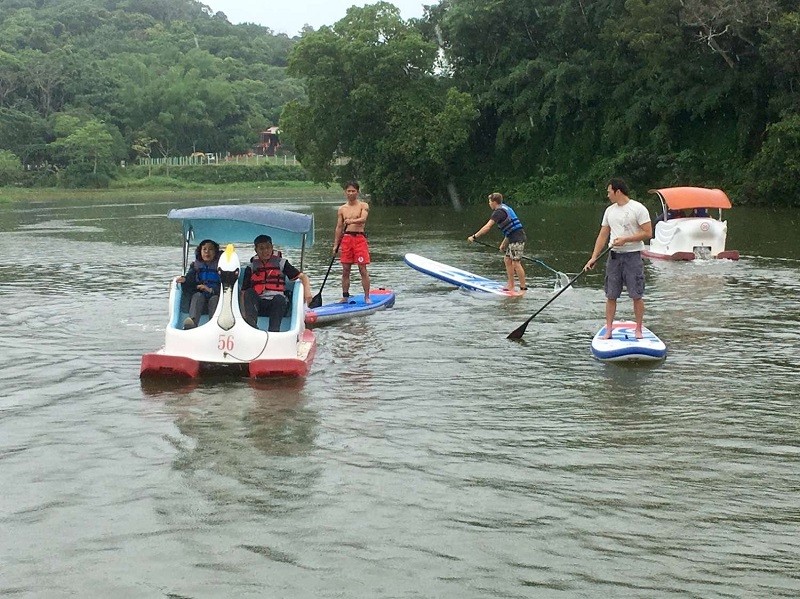 TAIPEI (Taiwan News) – Taiwan’s Hsinchu City announced that the sport of stand up paddle boarding (SUP) and new swan boats will be introduced to Green Grass Lake (青草湖), City Marketing Department (CMD) of Hsinchu City Government said on May 6 during a press conference.

Two champions of the 2019 Taiwan Paddle Games, Hungary’s Daniel Hasulyo and Germany’s Sonni Hönscheid, were invited to show their SUP skills and experience swan boats on the lake. Hasulyo, who was visiting Green Grass Lake for the second time, praised the lake for its scenic beauty and recommended beginners to use the lake as a primary SUP training base. Hönscheid, who was new to the lake, said he likes the lake much and was impressed by its scenery.

CMD director Yen Chang-sheng (顏章聖) said the city will begin to promote SUP activities on the lake, including holding an SUP festival on June 22. He added that trial operation of swan boats on the lake will be launched in May.

With the introduction of SUP and swan boats to the lake, it’s hoped that more citizens will come to the lake to enjoy the scenery and the peaceful feeling of being in a secluded scenic environment, the director said. 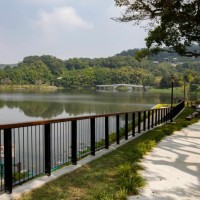