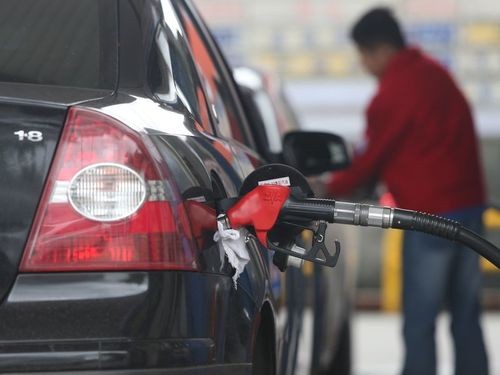 Taiwan's two major fuel suppliers announced reductions in fuel prices for the coming week after eight consecutive weeks of price hikes because of a fall in international crude oil prices driven by trade friction between the United States and China.

The company adjusts its fuel prices on a weekly basis according to changes in a weighted oil price formula composed of 70 percent Dubai crude and 30 percent Brent crude.

Based on that formula, the price of crude had risen for eight consecutive weeks since March 18, but after reaching US$71.21 per barrel the week of April 29, it fell this past week to US$70.02 per barrel, leading to the price reduction.

Concerns that the U.S.-China trade dispute would hurt demand for crude oil resulted in the drop in international crude prices, CPC said.