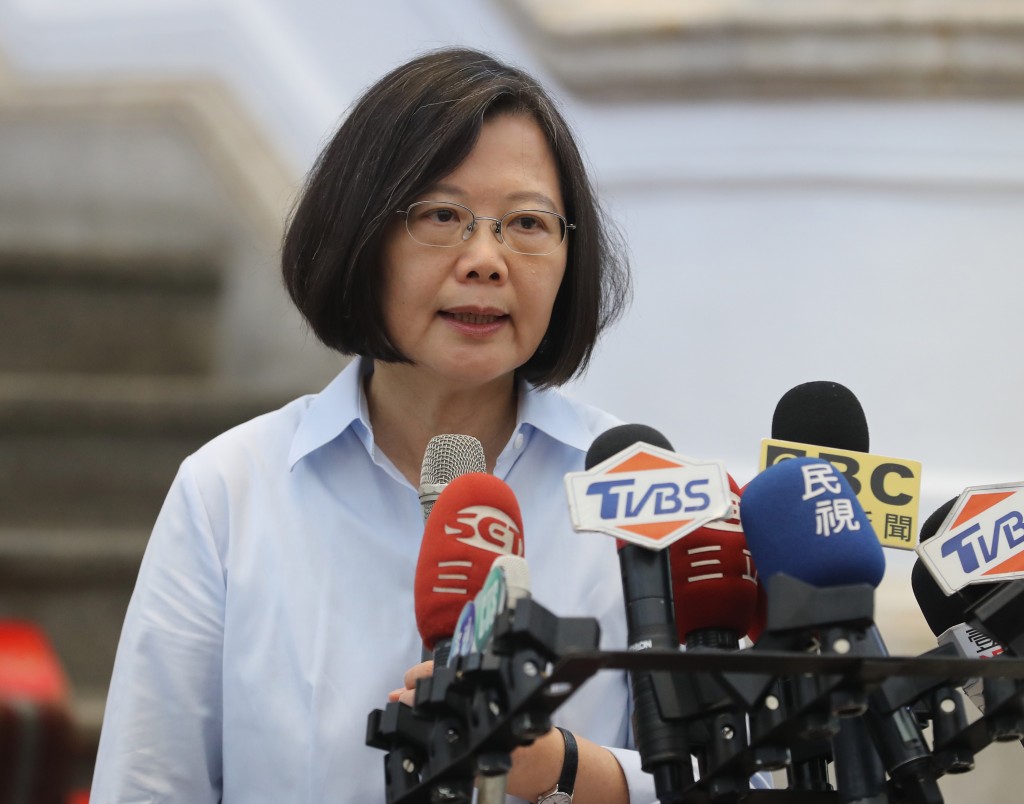 Representatives from nearly 70 Taiwanese media companies, including the China Times Group, United Daily News and TVBS, met with Wang Yang (汪洋), chairman of the Chinese People's Political Consultative Conference, in Beijing on Friday (May 10). The encounter sparked speculation that China is working with pro-Beijing media outlets to promote its united front agenda.

“Wang Yang’s statement proved that Beijing has been pressuring Taiwanese media outlets,” said Tsai on Sunday. She condemned China’s attempts to interfere with Taiwan’s democracy, freedom of press, and domestic affairs, according to the Central News Agency.

Tsai said the government has observed growing Chinese influence on Taiwanese media companies for some time. She instructed the national security authorities to keep a close eye on the matter, without specifying how the administration plans to tackle the threats.

At a press conference held on Friday after a high-level national security meeting, Tsai specifically said there are media companies suspected of receiving Chinese resources or being influenced by Beijing. She asked the national security authorities to establish necessary mechanisms to counteract Beijing’s infiltration and united front activities.

In the aforementioned summit that gathered more than 100 media representatives from both sides of the Taiwan Strait, Wang Yang said the task of realizing “peaceful unification” and “one country, two systems” rely on the mutual efforts of the media.