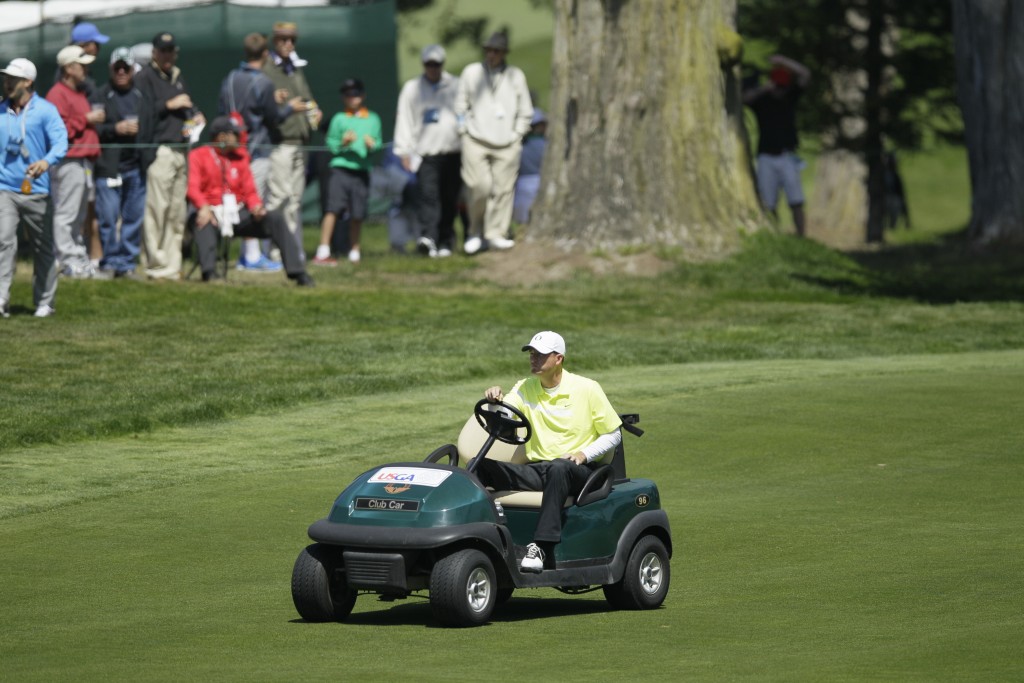 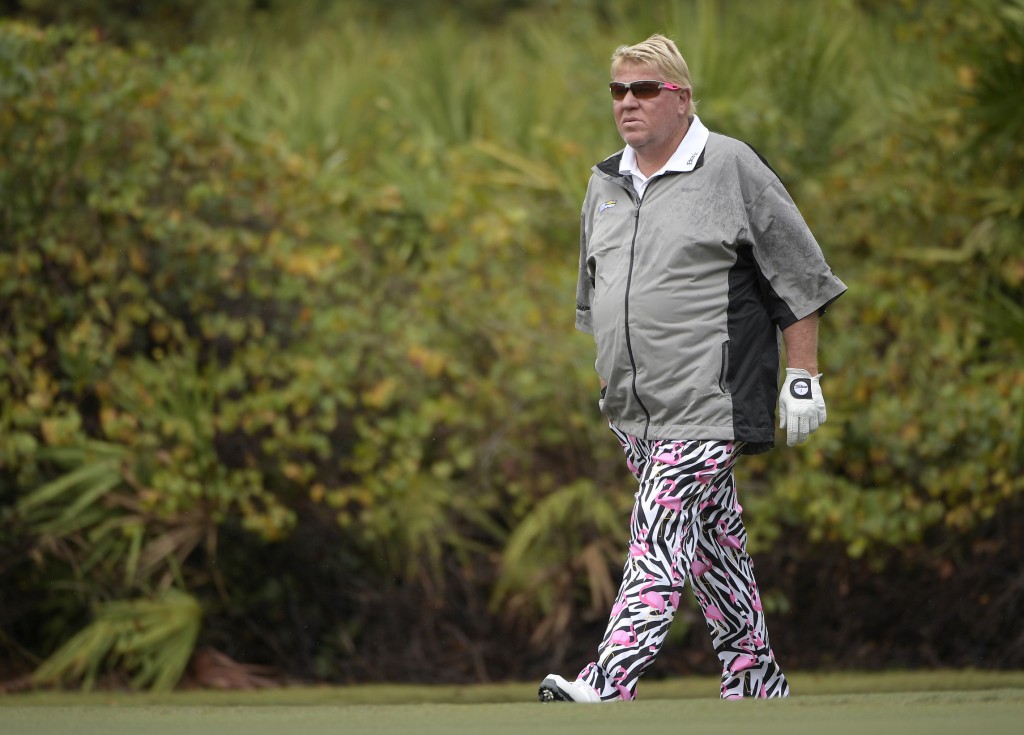 Next week, there will be a legitimate major championship at Bethpage Black.

We'll also get a ridiculous sideshow, at least for the first couple of days.

John Daly will rip it up in the PGA Championship — while gripping the wheel of a golf cart.

Yep, the guardians of the game are accommodating a 53-year-old who spent a good part of his life not taking good care of himself and has zero chance of winning.

"I think walking is an integral part of being a pro golfer," six-time major champion Nick Faldo said during a conference call to promote CBS's coverage of the event. "I'll leave it at that."

If an arthritic knee won't allow Daly to walk such a demanding course — and we're in no way questioning his condition — then he shouldn't play.

Making matters worse, this dubious decision denies a deserving player the chance to take part. The alternate list for the second major of the year is filled with regulars on PGA Tour, any of whom could possibly win the event if they're on top of their game.

As of Friday, Richy Werenski was the first guy in should someone in the 156-player field withdraw. Sure, one must dig deep down into the world rankings to find his name at No. 201, but let's not forget Max Homa was 417th on that same list when he won at Quail Hollow last week. Or, for that matter, that a ninth alternate named John Daly won the PGA Championship at Crooked Stick back in 1991.

Since then, Daly's life has largely been a well-publicized train wreck, other than that one week in 1995 when he somehow harnessed his enormous talent to win a second major championship at the British Open.

Now, he's just a soft drinking-swilling, cigarette-smoking caricature of wasted potential. He has no business scooting around at the PGA Championship, portraying himself as a worthy player.

"I hope I don't get a lot of grief from the fans," Daly told The Associated Press. "My knee is screwed. I had the meniscus cut out. I have osteoarthritis so bad ... I can walk up a hill, I just can't walk down one."

The PGA of America said Daly applied to use a cart through its American with Disabilities Act policy and provided "the requisite information to allow for a review of his request by the PGA's medical team."

That request was approved, which means Daly will be the first player to ride in a cart at a major championship since Casey Martin in the U.S. Open at Olympic Club in 1998 and 2012.

"I'm happy for him because I know John a little bit and I know for certain that he's not trying to get an advantage," Martin, who is now the men's coach at the University of Oregon, said in an interview with Golf.com. "He just wants to play in a tournament he has a rich history in. He just wants to be part of the action. I'm grateful that he's going to get that chance."

But Martin's was a much different case. He suffers from a birth defect in his right leg that restricts circulation, making it virtually impossible for him to walk 18 holes a day over four rounds. He successfully sued the PGA Tour for the right to use a cart in a case that went all the way to the U.S. Supreme Court.

While many golf purists criticized Martin for seeking an accommodation, his was a just cause. There was nothing he could do about his condition and, frankly, deserved to be applauded for overcoming such steep odds to play golf at the highest levels. Besides, it was such a rare case, one unlikely to ever come up again.

Daly, on the other hand, may have established a troubling precedent.

An arthritic knee is an ailment that countless people must deal with when they reach their 50s. It's simply a part of getting old. The fact that Daly has been overweight for much of his career, so much so that he underwent lap-band surgery in 2009, has likely contributed to his knee issues.

We're not here to body shame Daly he could very well be dealing with some genetic issues, but there's ample evidence his lifestyle played a major role in his physical deterioration.

Daly has found his calling on the PGA Tour Champions, a 50-and-older circuit that allows the use of carts. Last year, he asked for a cart at the U.S. Senior Open in Colorado but was turned down by the USGA, which said the information he submitted did not support a waiver to ride. Daly vowed to never play another USGA event, which is no loss at all for that organization.

But Daly will be cruising around the PGA Championship, which is even more galling when one considers that Bethpage Black doesn't even allow the general public to use carts. On its web site, the state-owned facility is described as "a difficult and challenging course that should be played only by low-handicap golfers. The course is for walkers only."

If Daly wants to be on Long Island next week, he should do what he does during Masters week: Set up his RV in the parking lot of the nearest Hooters — there's actually one around the corner from Bethpage Black — to sign autographs and sell merchandise for a still-adoring fan base that views him as some sort of everyman hero.

Let's leave the golf to the real players.

Paul Newberry is a sports columnist for The Associated Press. Write to him at pnewberry@ap.org or at www.twitter.com/pnewberry1963 His work can be found at https://apnews.com/search/paul%20newberry