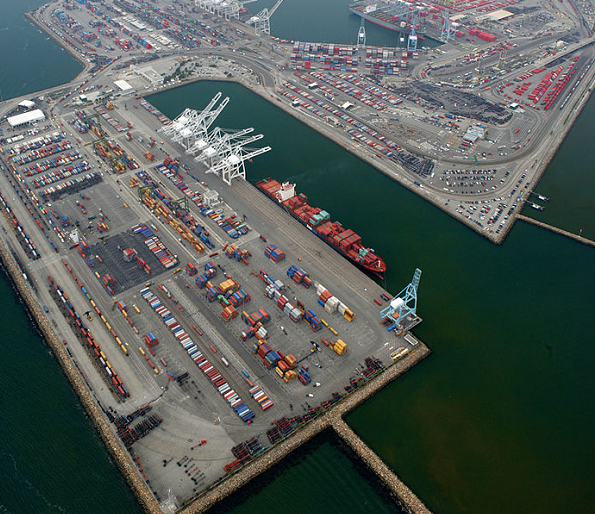 TAIPEI (Taiwan News) – On orders from the Trump administration, Chinese ownership of the Port of Long Beach in California has been rescinded and officially transferred to a U.S. firm.

The deal effectively nullifies a 40 year lease on the Long Beach Container Terminal that the shipping company Orient Overseas Intl. signed in 2012, before it was purchased by the Hong-Kong based, China Ocean Shipping Company (COSCO).

As the trade war between Beijing and Washington reignites, the US is making good on efforts to secure its infrastructure from the threats posed by China.

In Long Beach California, red flags were raised in the Trump administration in 2017 when Orient Overseas was purchased by Chinese shipping giant COSCO, prompting a review of the port lease agreement by the Committee on Foreign Investment in the United States.

In 2018, the Department of Homeland Security and the Department of Justice, citing a potential risk to national security, demanded that COSCO find a suitable third party to purchase the Long Beach Container Terminal.

On April 29, it was reported that Orient Overseas had completed the sale to Macquarie Infrastructure Partners, a New York based firm, for a total of US$1.78 billion. The transfer of property and assets was completed with a stock exchange filing made on May 7, reports Seanews.

However, under the deal, the Chinese company will still retain preferential client status with its ships guaranteed a yearly minimum volume commitment for 20 years at the port.

Currently, the Long Beach Container Terminal is being expanded with a Middle Harbor upgrade project that was started in 2011, and which is expected to be completed in 2022, reports American Shipper.

In September of 2018, many months after COSCO’s purchase of Orient Overseas, it was reported to the public that the Chinese shipping giant had also gained legal ownership of the Port of Kaohsiung in Taiwan, raising alarms over possible national security concerns.