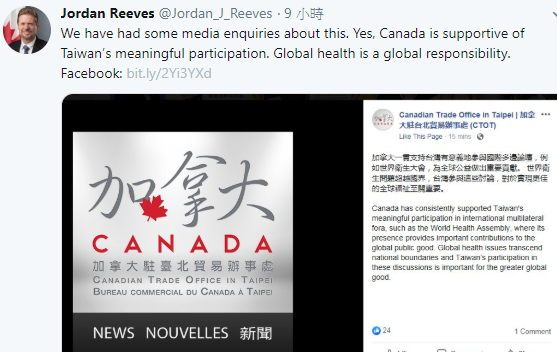 TAIPEI (Taiwan News) – France and Canada were the latest countries to add their voices to the rising chorus of support for Taiwan’s bid to attend the World Health Assembly, reports said Friday (May 10).

The deadline to register for the May 20-28 event in Geneva has already passed, and as in the two previous years, China has succeeded in blocking any invitation by the World Health Organization (WHO) for Taiwan to attend. However, that has not stopped several countries from expressing their support for the island nation despite the absence of formal diplomatic relations.

Leading European Union member France said it would continue exchanges with Taiwan in order to prevent its absence from the WHA from causing any health problems, the Central News Agency reported.

The French representative office in Taipei described Taiwan’s contributions to international healthcare as crucial and beneficial to the global community.

Canada also emphasized that Taiwan should be able to participate in positive multilateral events, with representative Jordan Reeves tweeting that global health was the common responsibility of the whole world.

Earlier, a wide range of countries, from the United States to Japan, Australia and Germany also voiced their approval of Taiwan’s attempts at making a contribution to global health by attending the WHA.

The island’s minister of health and welfare is planning to lead a delegation to Geneva to meet with participants outside the main venue. 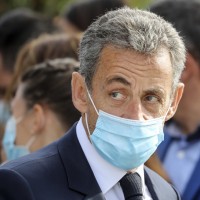