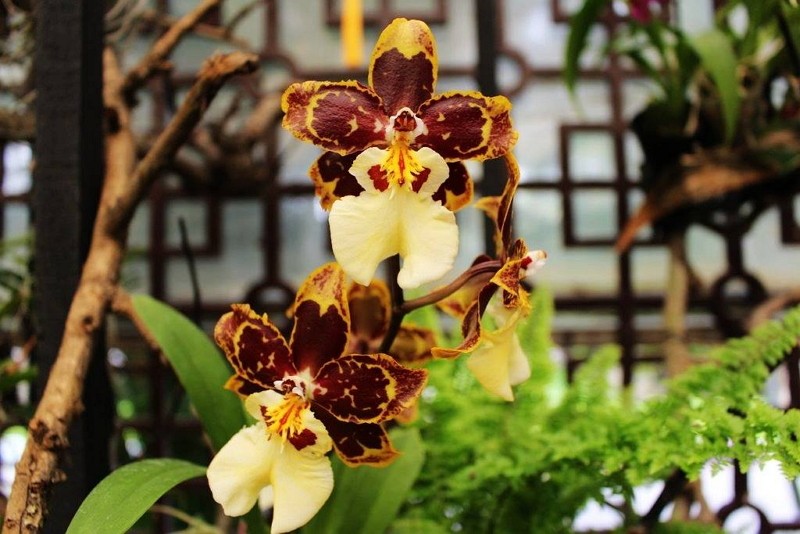 The Taiwan orchid exhibition kicked off May 10 in Paraguay, spotlighting the nation’s expertise in flower cultivation and strengthening agricultural and business exchanges with the South American ally.

Sponsored by the Cabinet-level Council of Agriculture and organized by state-run Taiwan Sugar Corp., the six-day event is showcasing more than 60 varieties of Phalaenopsis orchids, including some unique Taiwan-developed cultivars. The trade fair also features forums aimed at deepening collaboration between growers from the two sides.

Speaking at a news conference ahead of the exhibition, ROC (Taiwan) Ambassador to Paraguay Diego L. Chow said the show underscores Taiwan’s commitment to helping the nation develop its orchid industry. This assistance, offered by President Tsai Ing-wen during her meeting with Paraguay President Mario Abdo Benitez last year in Taipei City, can play an important role in boosting incomes among rural communities, he added.

Paraguay Vice Minister of Agriculture Nicasio Romero Fanego pointed to the April launch of a bilateral project on improving orchid production capacity as another prime example of the robust collaboration between the countries. This venture, following on from a similar program concluded last year, demonstrates Taiwan’s wide-ranging support in upgrading Paraguay’s flower cultivation sector, he said.

According to Taisugar, Taiwan boasts a world-leading orchid industry, exporting tens of millions of the flowers each year. By offering to share advanced technologies and techniques, Taiwan firms can attract new growers and investment to the sector in Paraguay and bolster the country’s international competitiveness in the field, it added.

Statistics from the COA reveal that Taiwan’s orchid exports hit US$192 million in 2018, up 8 percent year on year and accounting for nearly 92 percent of all flower shipments.