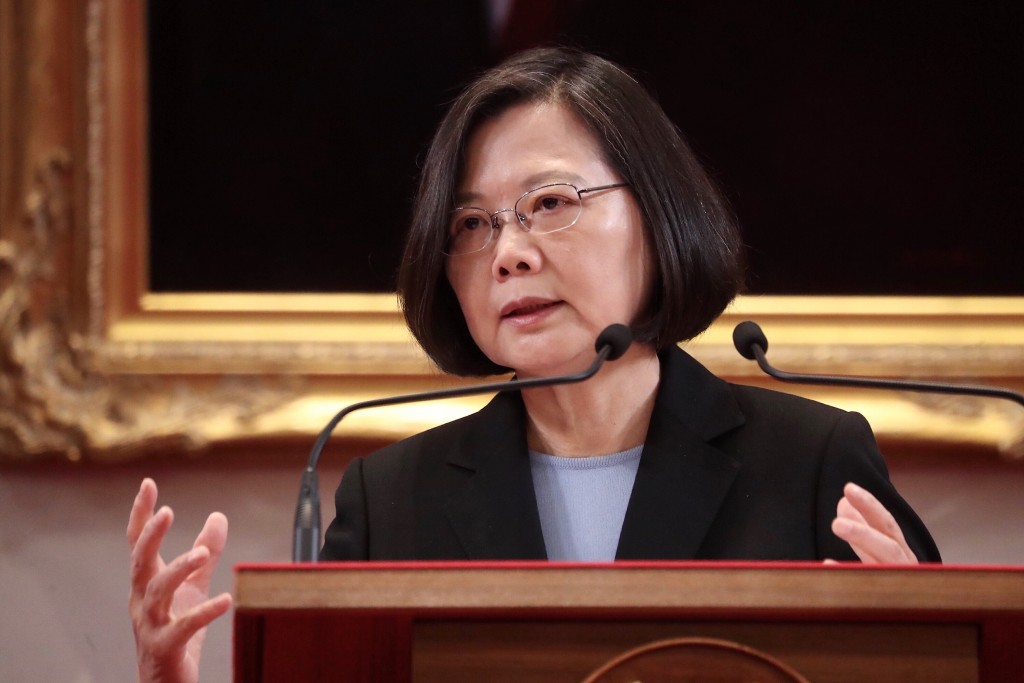 TAIPEI (Taiwan News) — The impact of the new tariffs, imposed by the United States targeting Chinese goods, on Taiwan will be “limited,” said President Tsai Ing-wen (蔡英文) on Friday (May 10), adding that her administration welcomes Taiwanese companies that wish to move their factories back to the island nation with open arms.

The new tariffs that took effect on May 10 will have a “relatively limited” impact on Taiwan, as they do not cover goods manufactured by some of Taiwan’s most important industries, Tsai said at a press conference held Friday morning at the Presidential Office, which followed a high-level national security meeting.

However, if the United States moves forwards to impose tariffs on all remaining Chinese imports, there could be consequences for Taiwanese firms based in China, Tsai added. As the U.S.-China trade war continues to rage on, the government “opens both arms to welcome all overseas Taiwanese firms to come home,” she said.

Tariffs of 25 percent on some US$200 billion goods imported from China came into effect on Friday at 12:01 a.m (EST). China said via a statement shortly afterwards that it would “retaliate” against the U.S. without specifying any plans.

The negotiations between the Chinese delegation, led by Vice Premier Liu He (劉鶴), and U.S. negotiators, including Treasury Secretary Steven Mnuchin and Trade Representative Robert Lighthizer, will resume on Friday morning in Washington, D.C.

In view of the trade disputes between the United States and China, possible negotiations of a bilateral trade agreement (BTA) with the United States based on the principle of free and fair trade is a priority for the government, Tsai declared. High-quality goods made in Taiwan could replace those made in China and play an important role in the U.S. market, she said.

The government will speed up its process in helping Taiwanese companies to move their factories from China back to Taiwan and provide assistance as they seek to transform their businesses, said Tsai.

Tsai later announced that the government has raised its goal of attracting investments from overseas Taiwanese firms from its original NT$250 billion (US$8 billion) to NT$500 billion (US$16 billion) for the year of 2019. MOEA said on Thursday more than 40 companies are in talks with the ministry about returning to Taiwan or have expressed their interest in doing so.

U.S. President Donald Trump threatened to increase the tariffs of Chinese goods worth of US$200 billion from 10 percent to 25 percent last Sunday (May 5). He accused Beijing of reneging on commitments previously agreed upon by both sides in earlier negotiations.

Trump also signaled that the U.S. is preparing to impose 25 percent tariffs on a further US$325 billion worth of goods imported from China, meaning that all Chinese imports to the United States would be subject to new duties if the remaining Chinese imports are tariffed.