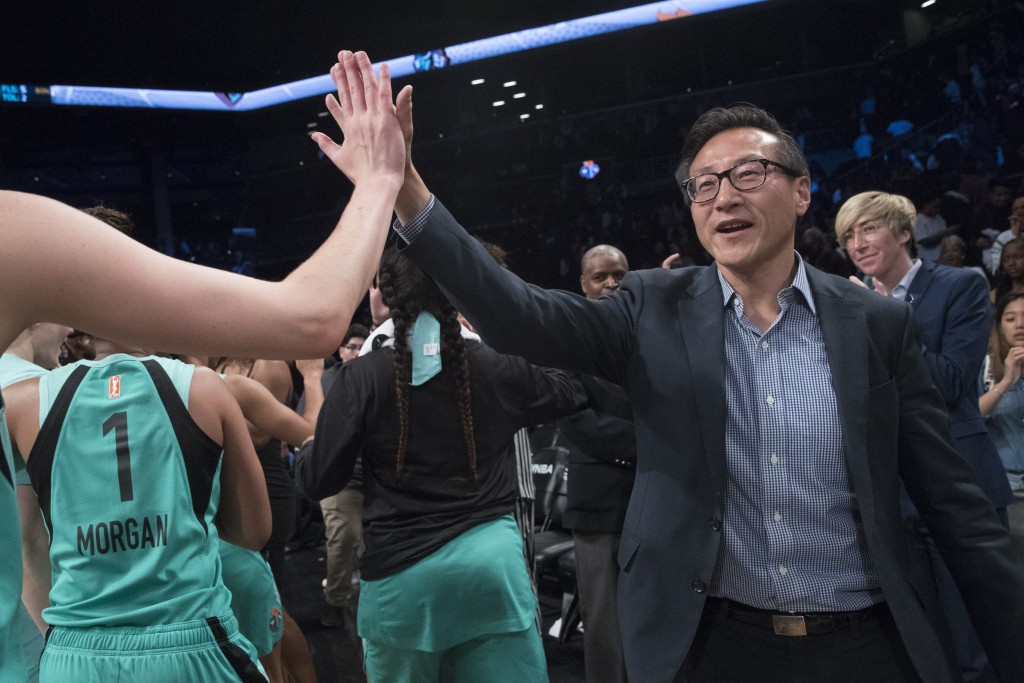 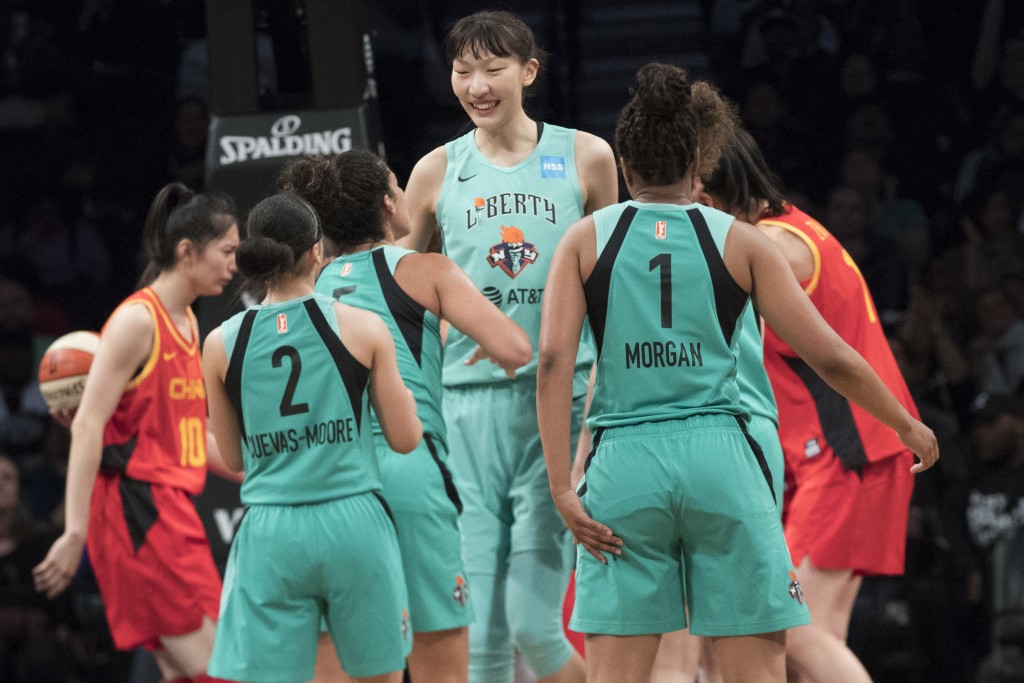 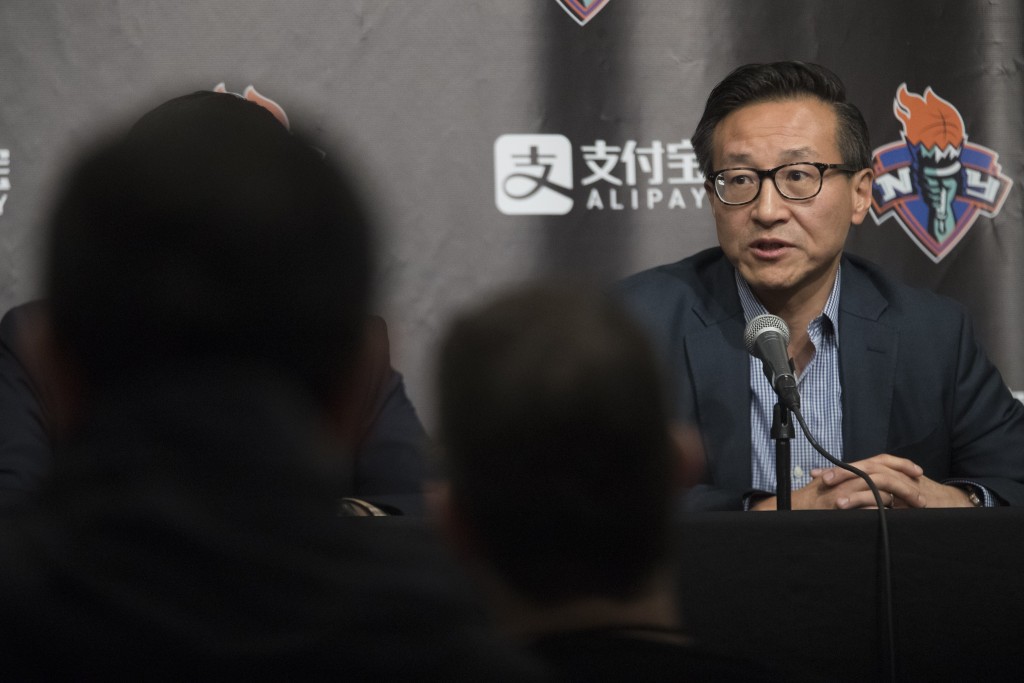 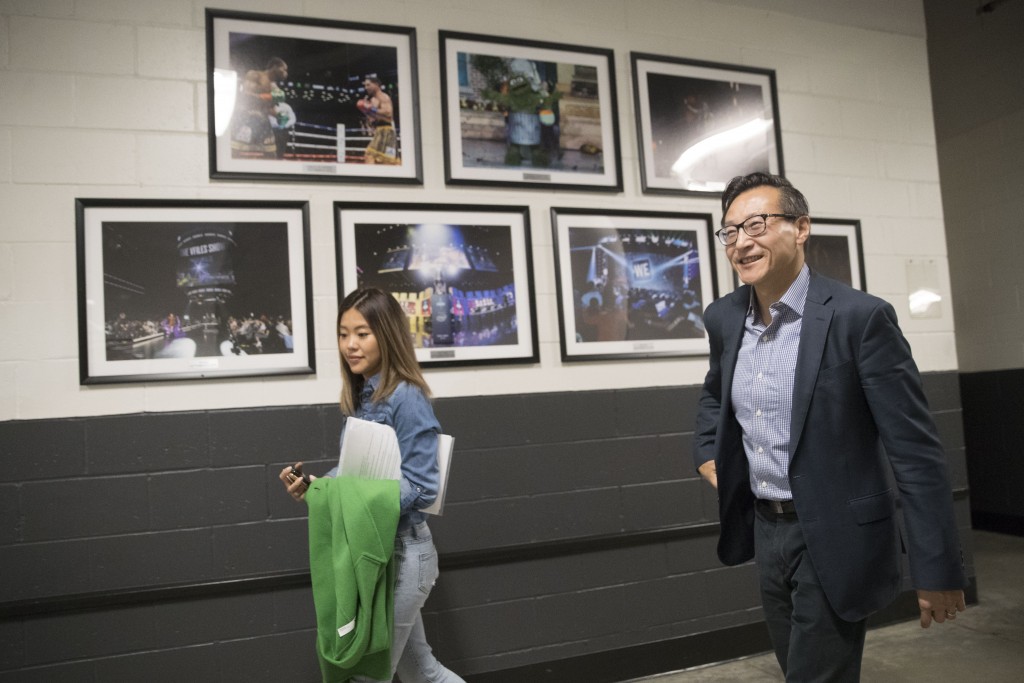 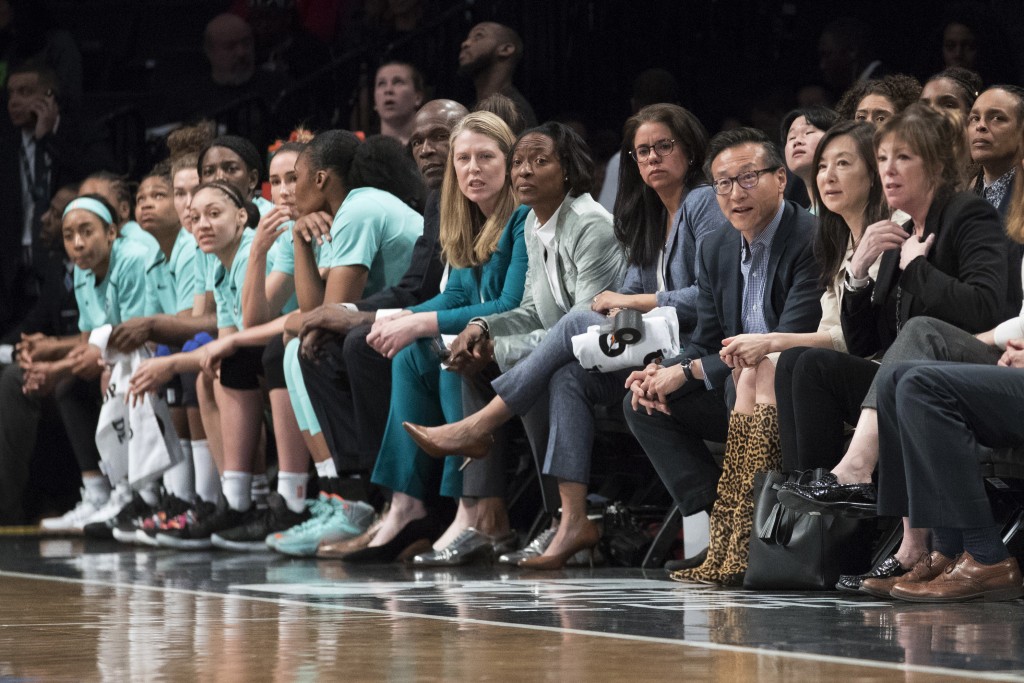 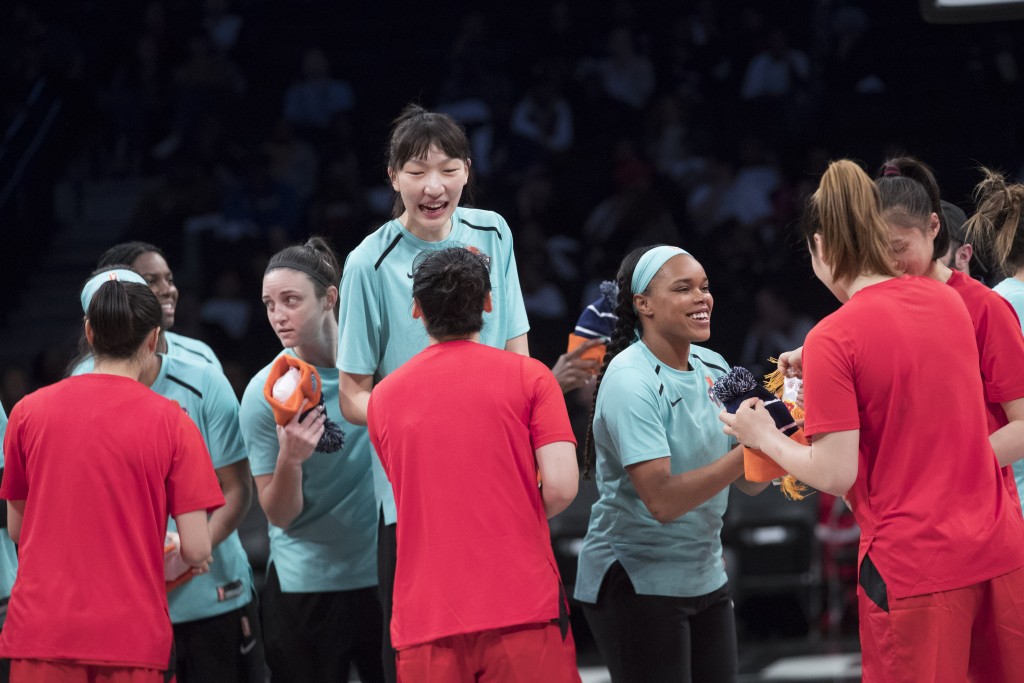 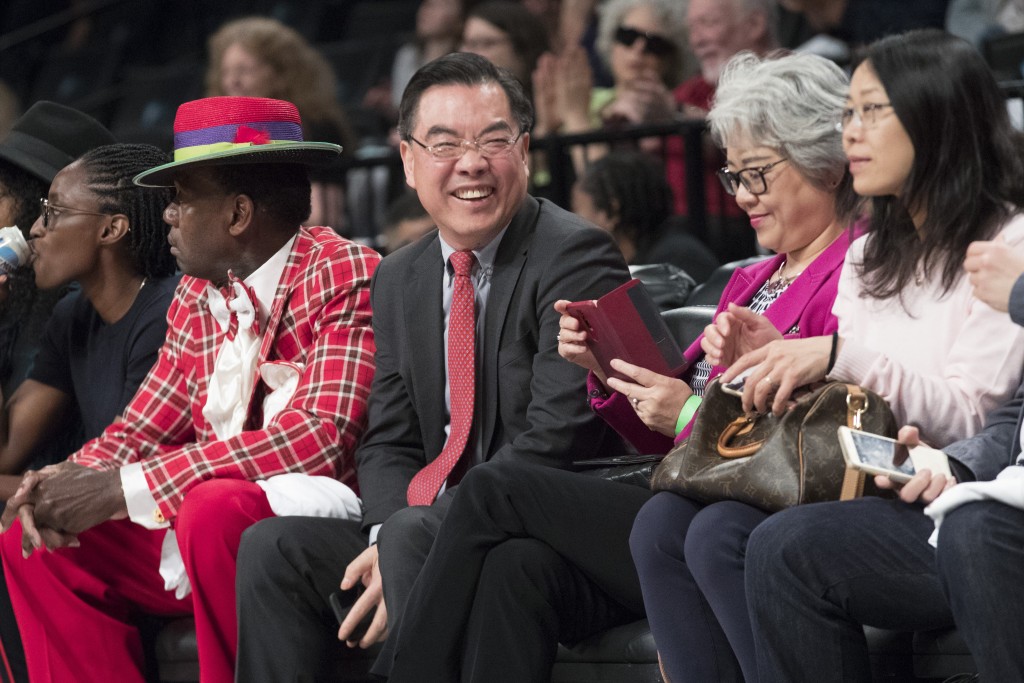 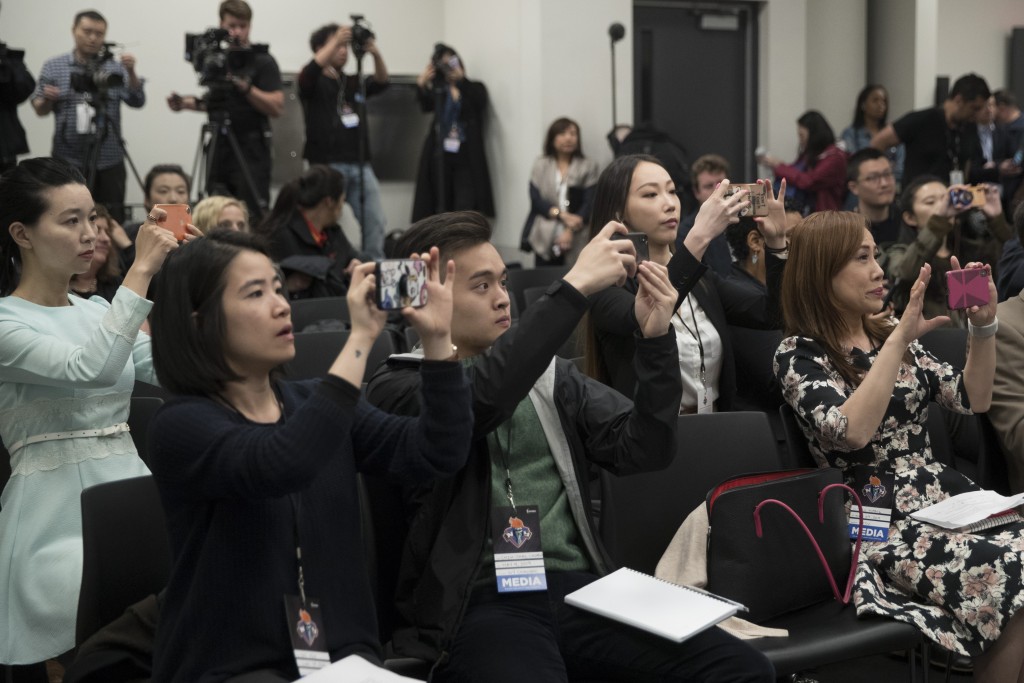 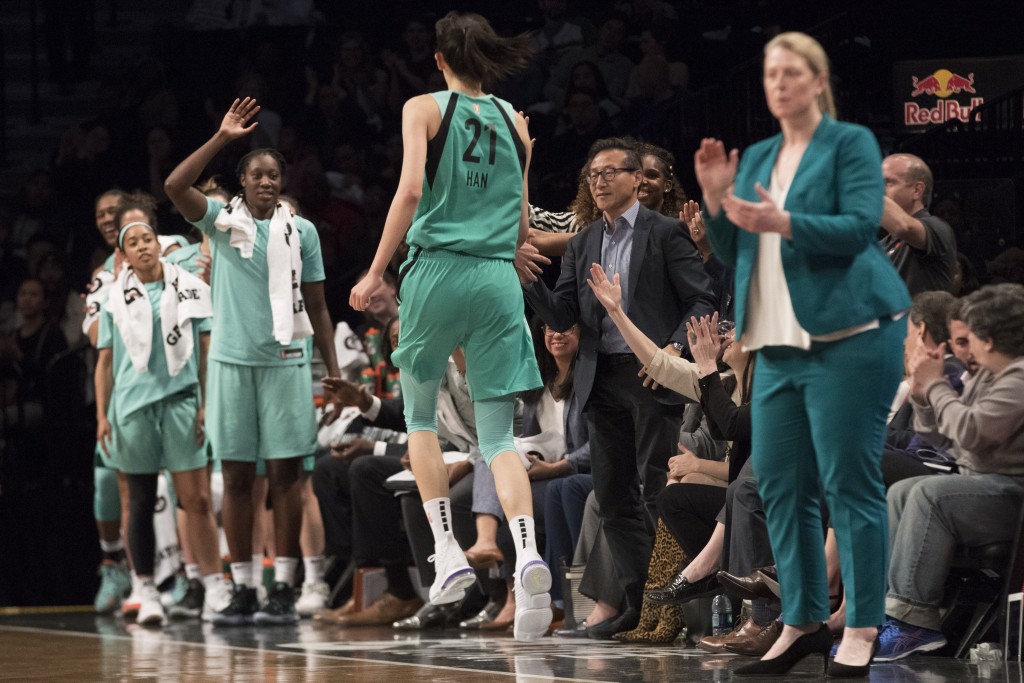 The co-founder of Chinese multinatioinal conglomerate AliBaba said he travels a lot for work and at each conference he's asked about the relations between the U.S. and China. The two economic superpowers have had escalating tensions lately after President Donald Trump threatened to raise tariffs on Chinese imports. The sides resumed trade talks Thursday.

"I'm steeped in this discussion and find myself having to explain China to Americans a lot," he said at a news conference hours before tip. "This game, by bringing the national women's team from China, is that it's a platform for the two cultures to see how each other compete. You learn a little more about each other's cultures. This is absolutely important. If there were more opportunities for me to support these kinds of changes, I'd do more of that."

Tsai also discussed in the 45-minute conference, which was attended by dozens of Chinese media members, some of the reasons why he bought the Liberty this past winter. One of the key ones cited by the Brooklyn Nets minority owner was that he's a big supporter of women's sports.

"I think it's so important for young women today to find role models," he said. "Athletes develop leadership characteristics where these lessons on the sports field or court can take them beyond their sports careers. They can take them into a business career where they are in leadership positions. It's important for women to have other women who serve as role models they can look up to."

Tsai said he hopes to increase the Liberty's fan base. The team is playing one regular season game at Barclays this year, with the rest of the games at the Westchester County Center that seats less than 3,000 people.

"Where they are playing now isn't ideal because the size of the venue is limited. It's a place which is hard to get to and not accessible to the fans. We want to improve that situation, exploring all possibilities. If there are opportunities for the team to play more games at Barclays Center it's not entirely my decision. We have a very good relationship with the Nets and the ownership with Barclays. We want to work out some things where the team could get better exposure in bigger venues and Barclays Center is a perfect venue for the New York Liberty."

Tsai talked to the Liberty after the team practice in the morning at Barclays.

"It was very positive," New York Liberty coach Katie Smith said. "He definitely wants to help grow the fan base and wants to make sure we feel empowered and get what we need. He said he definitely is a fan of the team and has put people in place for us to succeed."

There were 4,115 people at the exhibition game at Barclays, including former New York Knick Stephon Marbury, who followed up a 13-year NBA career by playing in China. The game was broadcast on ESPNNews and was also shown in China.

New York won the exhibition game 89-71. Second-round pick Han Xu, who was the first Chinese player drafted into the WNBA in 20 years, led the way with 19 points, including scoring the first two points of the game.

"As an owner the most important thing for me is to build up the fan base," Tsai said. "That's the foundation of everything. If you have more fans your media value and your sponsorship rights value will increase. It brings more value to the whole team and league."