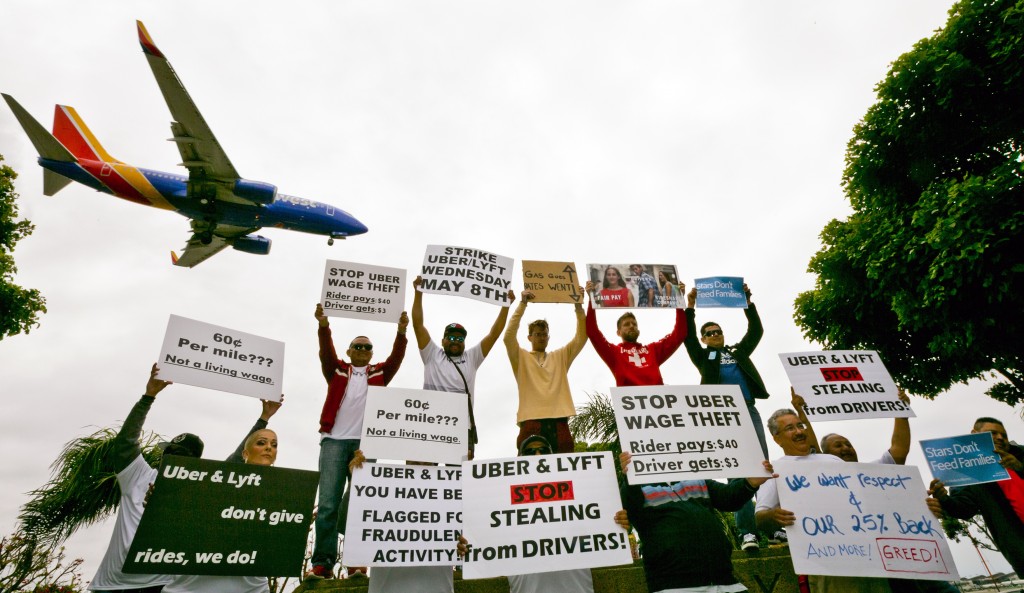 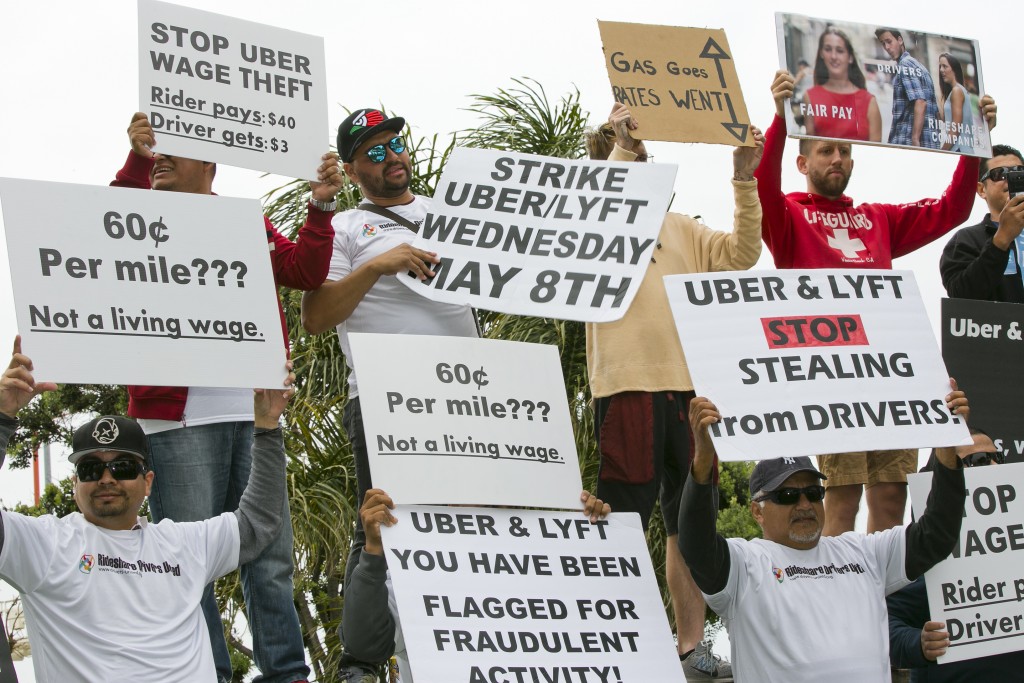 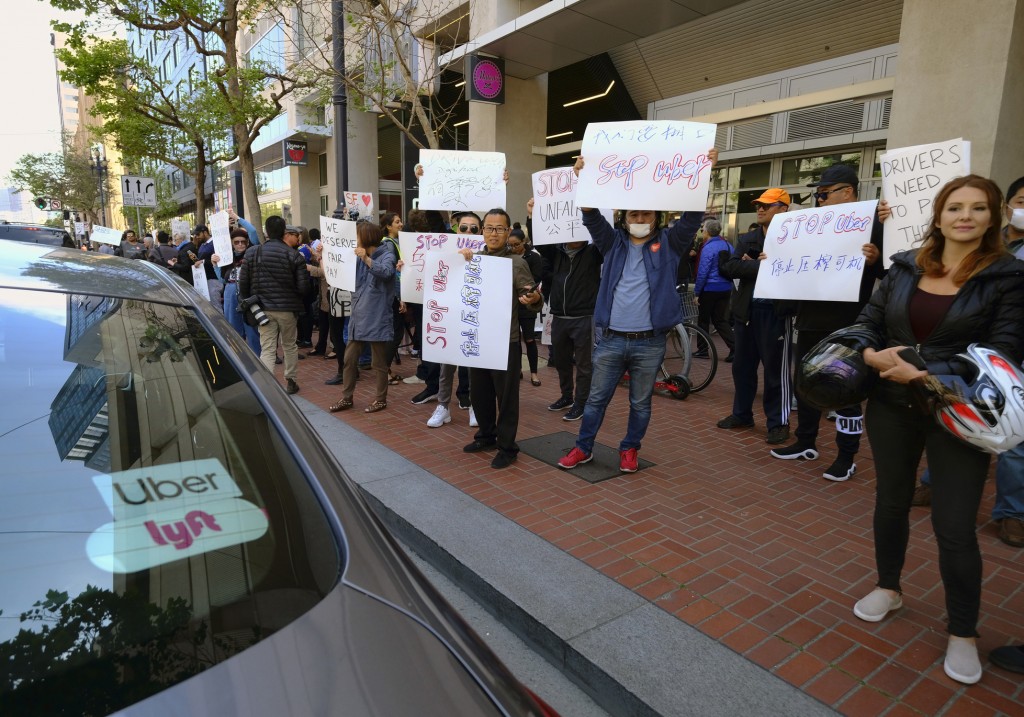 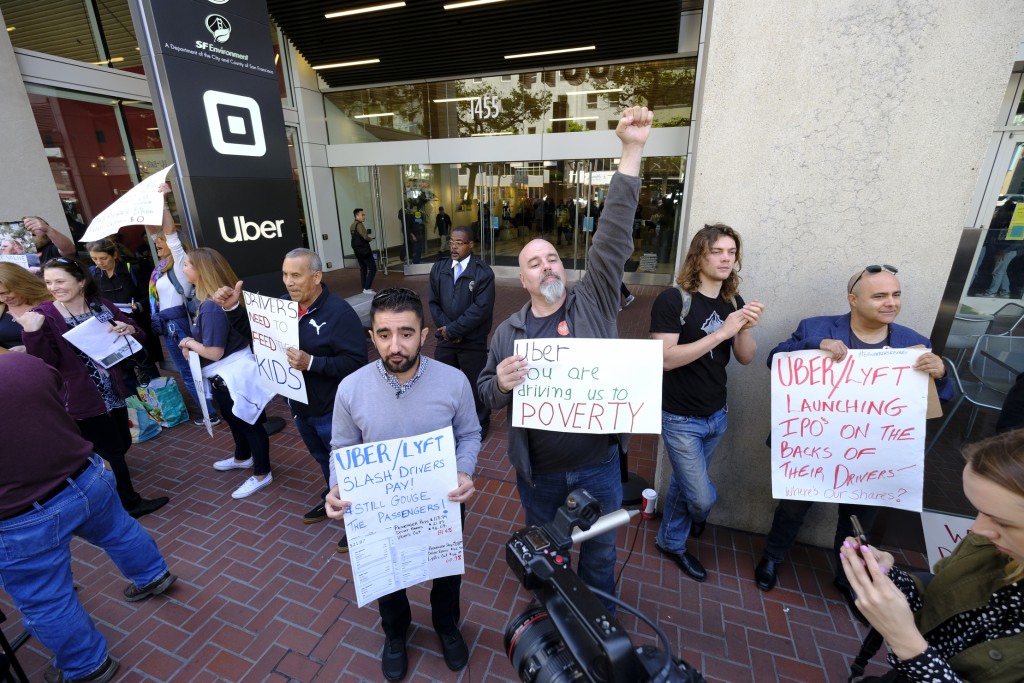 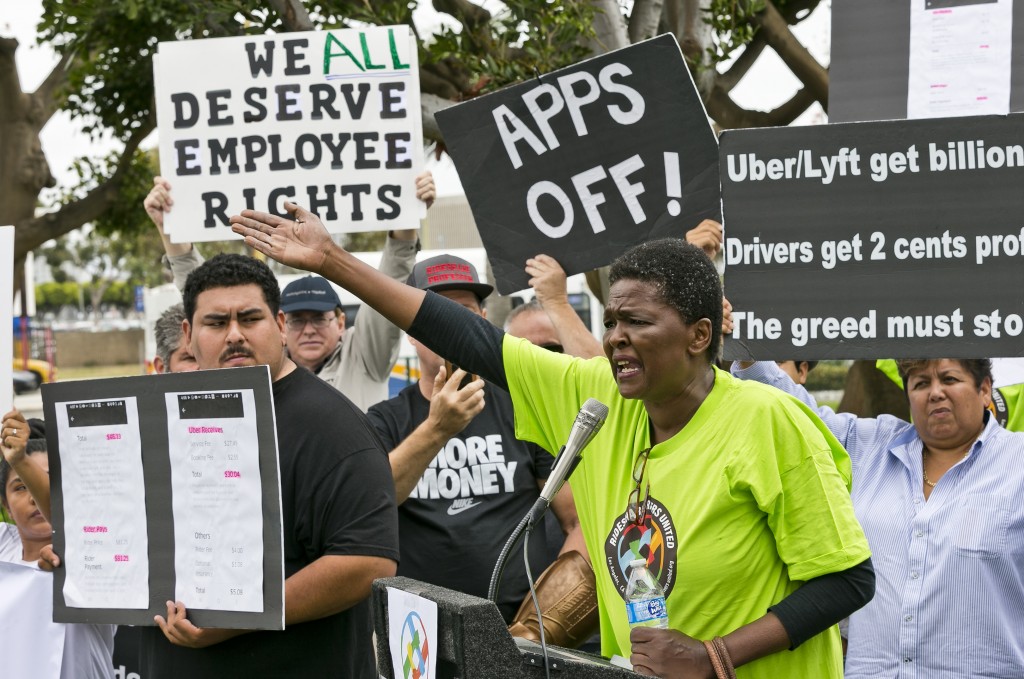 PROVIDENCE, R.I. (AP) — A strike by Uber and Lyft drivers in cities across the United States this week caused barely a ripple to passengers looking to catch a ride, highlighting the challenges in launching a labor movement from scratch in an industry that is by nature decentralized.

Activists and others involved in the labor movement are still declaring it a success. It grabbed headlines, trended on Twitter and won the support of several Democrats running for president. The action was also closely watched by labor organizers, who are brainstorming about ways to build worker power in the 21st-century economy.

Drivers say they wanted to draw the attention of the public, technology investors and political leaders to their plight: low pay and a lack of basic rights on the job.

"The goal is to bring awareness to the incredible disregard for workers," said Lyft driver Ann Glatt, who helped organize the San Francisco strike and protest outside Uber headquarters.

App-based workers are thought to comprise just a small fraction of the economy, but there are still millions of people making a living in gig work. Uber alone says it has nearly 4 million drivers, while Lyft has over 1 million.

In pockets around the country, workers are starting to organize themselves, often with the help of workers' rights groups and labor unions. In Silicon Valley, a workers' rights group established Gig Workers Rising, which helped with Wednesday's strike. In New York state, the AFL-CIO is pushing the Legislature to take steps to protect workers who get jobs through digital platforms. A campaign that started in Washington state this year pressured shopping service Instacart to stop counting tips toward workers' base pay, and even won them back pay.

Among the Lyft and Uber drivers' top issues are pay, a lack of transparency that makes it difficult to understand how much they were paid and why, and no due process when they are "deactivated," or barred from the service.

The drivers and workers at other app-based platforms such as Instacart or food delivery service DoorDash are classified by the companies as independent contractors, leaving them without the same safeguards traditional workers receive, such as minimum wage, unemployment insurance, workers compensation and health and safety protections.

Uber said drivers are independent because they choose whether, when and where to provide services, are free to work for competitors and provide their own vehicles. It said it has taken steps to make drivers' earnings more consistent and to improve working conditions, including by providing discounts on gasoline and car repairs and tuition reimbursement for some drivers.

Lyft also pushed back on the complaints, saying its drivers' hourly earnings have increased 7% over the last two years, that on average, they earn over $20 per hour and that three-quarters of its drivers work fewer than 10 hours per week.

In California, labor leaders are pushing legislation to classify many gig workers and other independent contractors as regular employees, after a state high court ruling last year.

Nicole Moore is a Lyft driver and organizer with the Los Angeles-based group Rideshare Drivers United. This week's action came out of a strike drivers held in Los Angeles in March to protest Lyft's IPO and a cut in Uber's reimbursement rate from 80 cents to 60 cents per mile. Drivers after that action wanted to do more, and this week's protest was hatched.

A core group of about 25 drivers organized it, she said, with many other of their 4,300 driver members pitching in to help.

Drivers in different cities described how they spread the word. Some spoke to fellow drivers face-to-face in driver hotspots: airport parking lots, car washes and gas stations. They reached out to driver networks in different immigrant communities and took out targeted ads on Facebook and Google.

Organizing people who don't work in the same job location can be difficult and requires new, tech-savvy approaches, said Rachel Lauter, executive director of the Seattle-based workers' rights group Working Washington. The group has helped organize in industries such as fast food and domestic workers, and last year started talking to workers in the gig economy about what mattered to them.

Their efforts galvanized this year when Instacart changed its pay model and began counting tips toward its shoppers' base pay. The group launched a campaign using text messages, Facebook, Reddit, online petitions and other digital tools to reach out to workers and customers to let them know about the change. They encouraged customers to give only a minimal tip to send a message of protest to the company then add a tip after delivery or tip in cash. They also created online calculators to help workers understand how much Instacart was actually paying them. They held Zoom conference calls where hundreds of Instacart workers and customers called in to coordinate.

The work paid off when Instacart in February announced a number of steps "to more fairly and competitively compensate" its workers, including leaving tips out of it when they calculate how much each worker will be paid.

"We must get ahead of this now," Cilento said. "We liken it to where we were with the Fair Labor Standards Act in 1938, when they came up with the eight-hour day, and child labor laws and overtime pay."