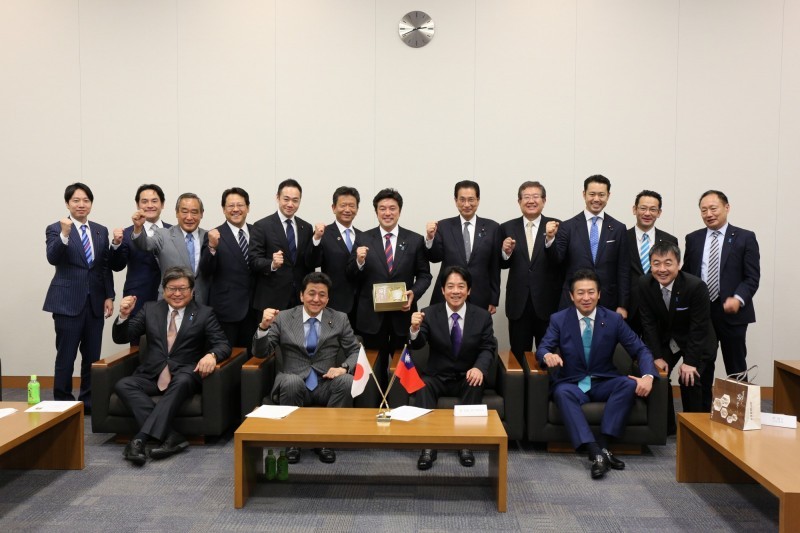 TAIPEI (Taiwan News) — Former Premier William Lai (賴清德) met with a number of high-profile Japanese politicians on Thursday (May 9) in talks of supporting Taiwan’ participation in the trans-regional trade pact CPTPP, and of Taiwan possibly lifting the ban on Japanese food imported from the Fukushima region.

The former premier, now a challenger of President Tsai Ing-wen (蔡英文) in the Democratic Progressive Party (DPP) presidential primary, is visiting Japan from May 8-12.

Following a speech about the Taiwan-Japan relationship upon the invitation of the Taiwan Association in Japan on Thursday morning, Lai joined several Japanese congressman, including Hajime Sasaki, Shunsuke Takei from Japan’s ruling party, Liberal Democratic Party (LDP), for a luncheon.

Sasaki later spoke with the media and voiced his support for Taiwan’s participation in the Japan-led Comprehensive and Progressive Agreement for Trans-Pacific Partnership (CPTPP), which went into effect in December 2018.

Sasaki said Japan would be pleased to see the Taiwan government enter the second wave of CPTPP negotiations, and offer support and assistance if necessary, reported Liberty Times.

Lai later had a meeting with more than 20 LDP politicians, including Nobuo Kish, Prime Minister Shinzo Abe’s younger brother and a member of Japan’s House of Councilors, and other members close to the Japanese prime minister, in the afternoon.

Speaking about Taiwan’s prohibition of importing Japanese food produced in the Fukushima region, Lai pledged to push for the removal of the ban if he is elected president in the 2020 election, reported United Daily News.

Talks of lifting the ban on Japanese food imported from the Fukushima region, where a major nuclear accident broke out at the Fukushima Daiichi Nuclear Power Plant on March 11, 2011, have been ongoing in Taiwan over the past few years.

However, a public referendum demanding the continuance of the ban passed a majority vote last November, casting a shadow over the trade and overall relations between Japan and Taiwan.