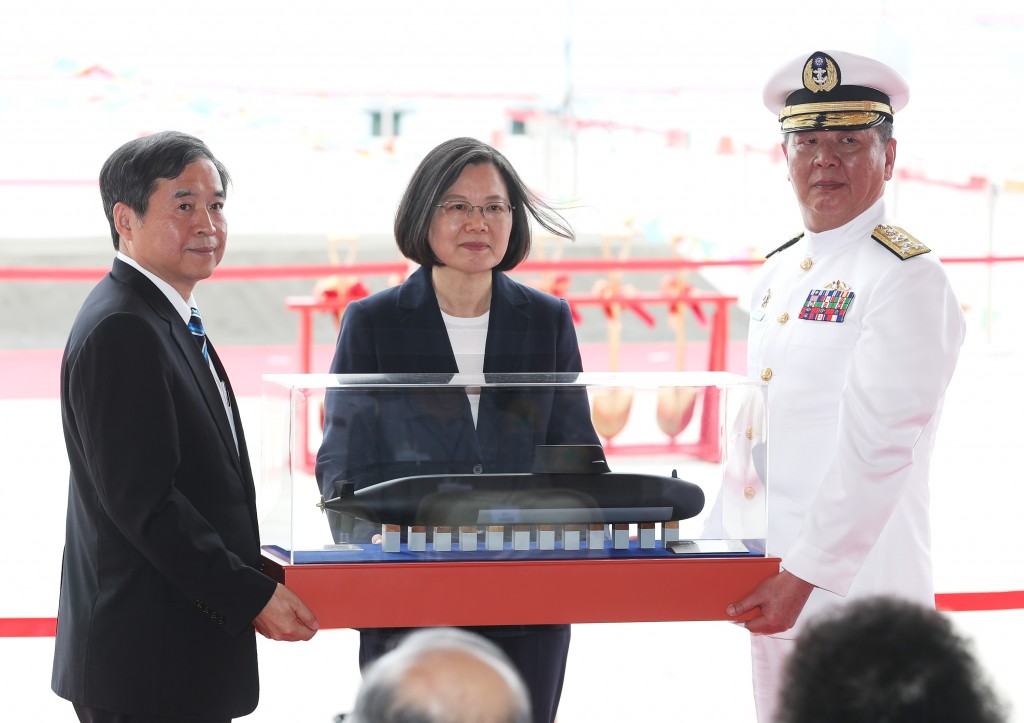 Not only can indigenous submarines substantially increase the Navy’s asymmetrical warfare capabilities, she said, but they can also effectively deter enemy submarines from encircling the island.

Plans for the x-form rudder indigenous prototype, which will be deployed in 2024, were publicly unveiled for the first time. “Sea Dragon” and “Sea Tiger” submarines were dispatched from Kaohsiung Harbor as part of a ceremonial tribute to the president.

During a speech at the event, Tsai said that although the execution of project has faced doubt, discredit and even threats, today there is concrete proof that Taiwan is capable of producing its own submarines. She said that national defense is necessary to maintain peace, and guaranteeing national defense autonomy is her enduring promise.

The president stressed that due to Taiwan’s topography and environment, it must think in terms of asymmetric warfare. Submarines can not only substantially increase the country’s asymmetric warfare capabilities, she said, but deploying them in Taiwan’s southeastern and northwestern waters can effectively deter enemies from encircling the island.

The Navy’s two submarines in service are over 30 years old, said Tsai, imported from the Netherlands in the 1980s. Due to pressure from China, she said, the Dutch Navy is unwilling to sanction any more submarine sales, so indigenous production is the only path forward.

We are likely to encounter difficulties in technology and the acquisition of “red parts,” she said, but the government will lead the Navy, shipbuilding industry and the National Chung-Shan Institute of Science and Technology (NCSIST) in research and consultation to overcome these problems.