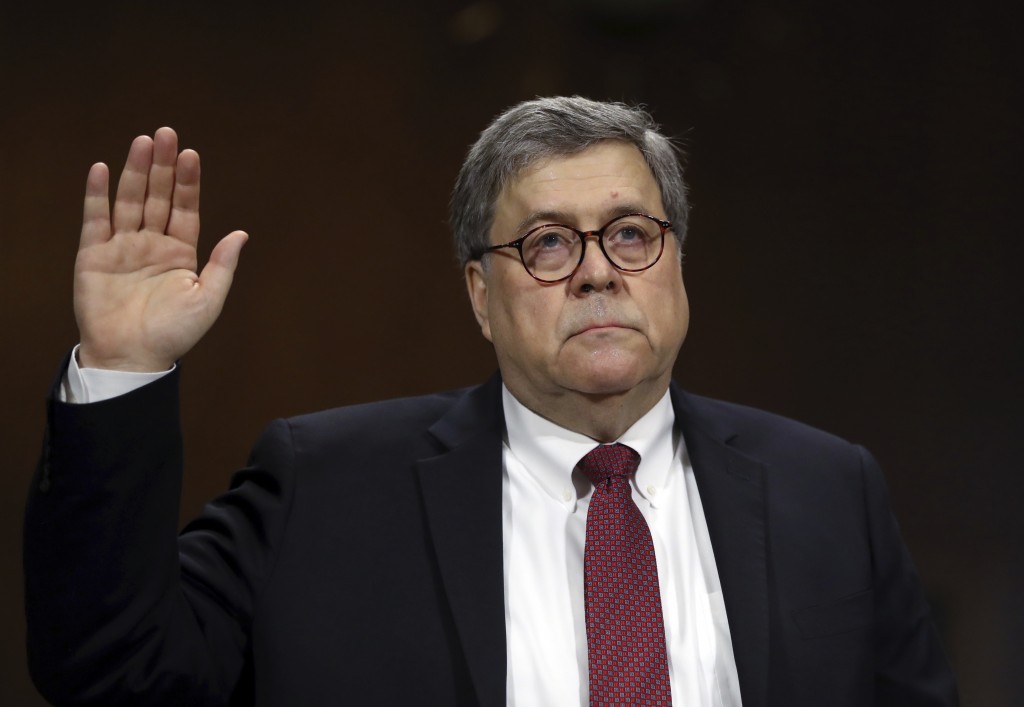 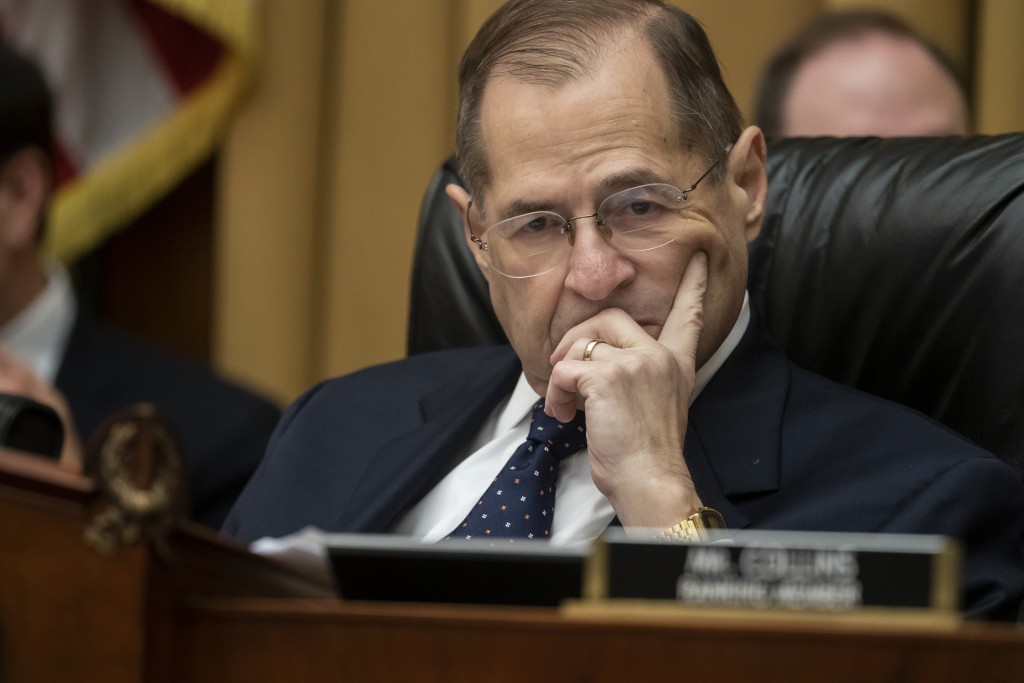 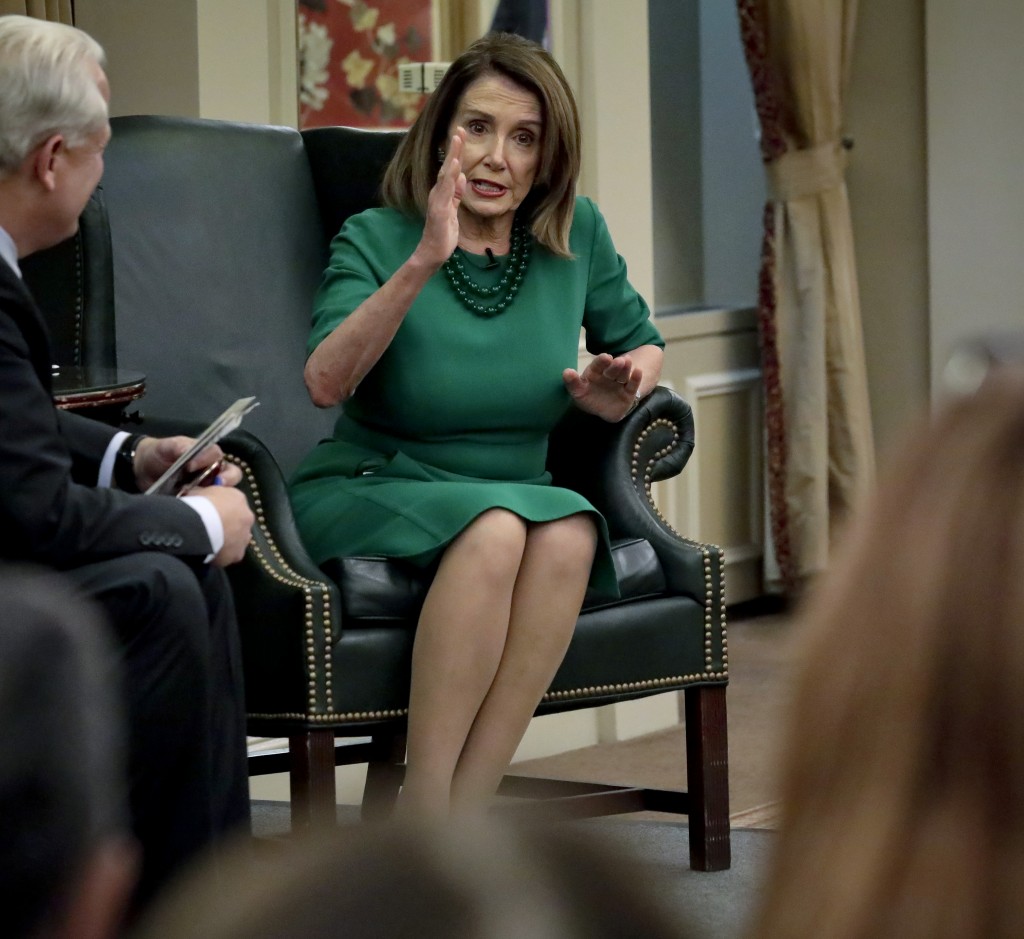 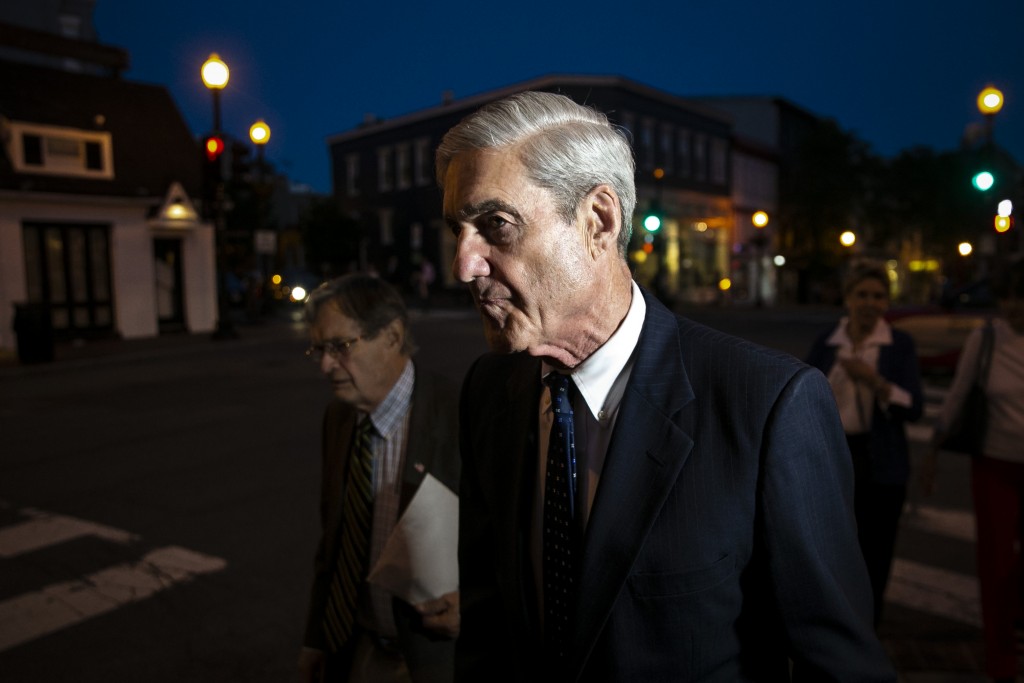 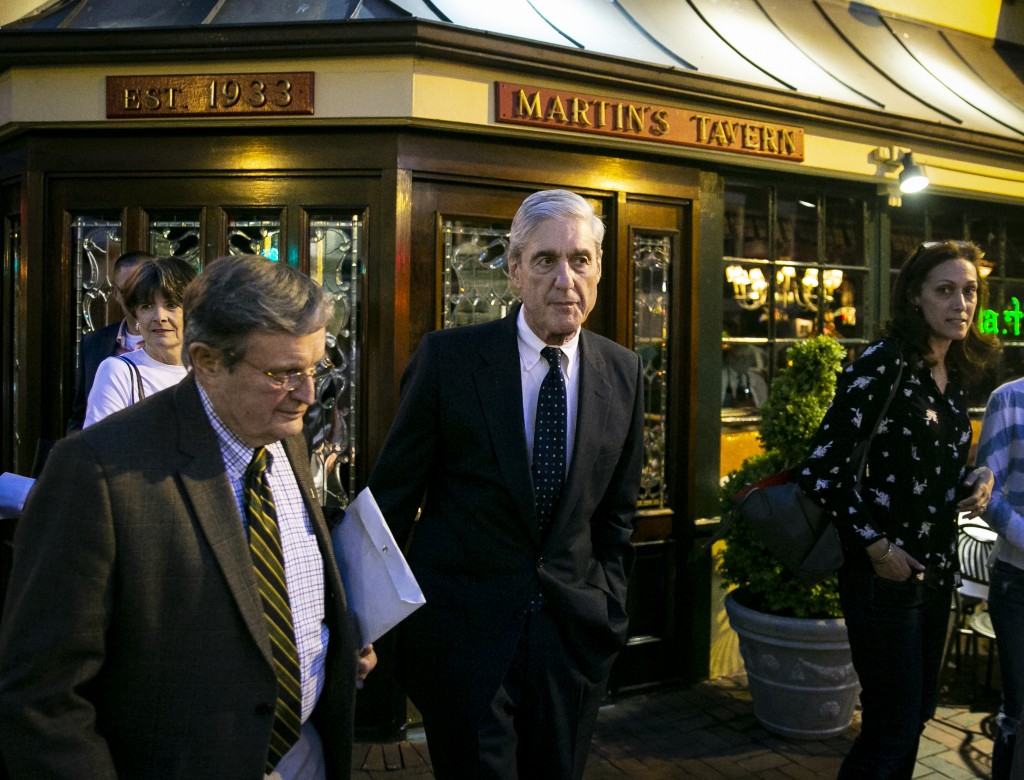 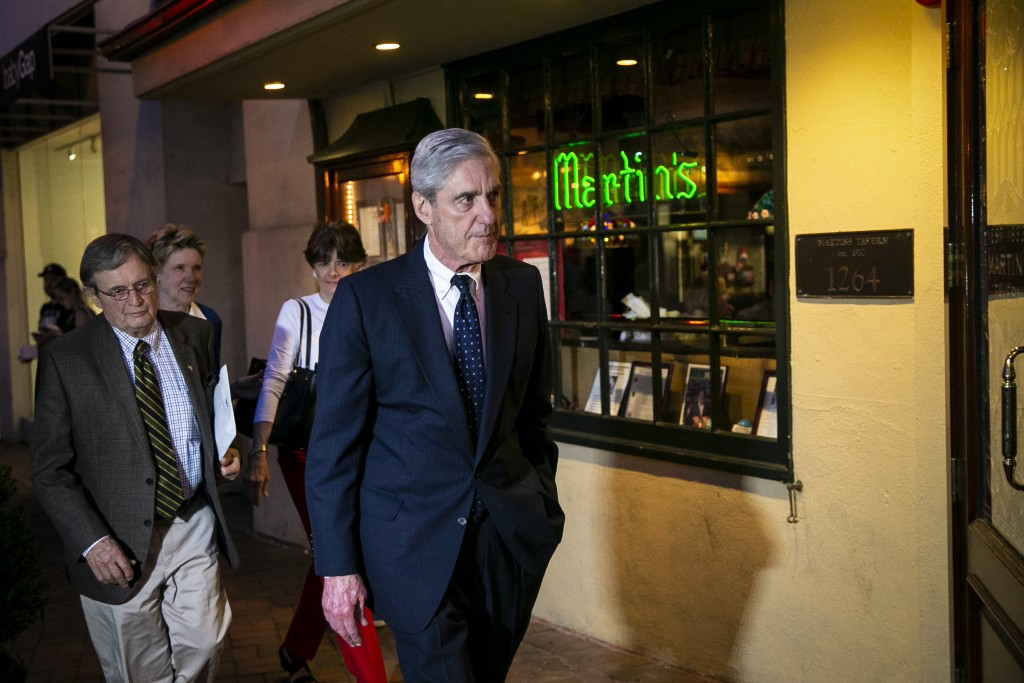 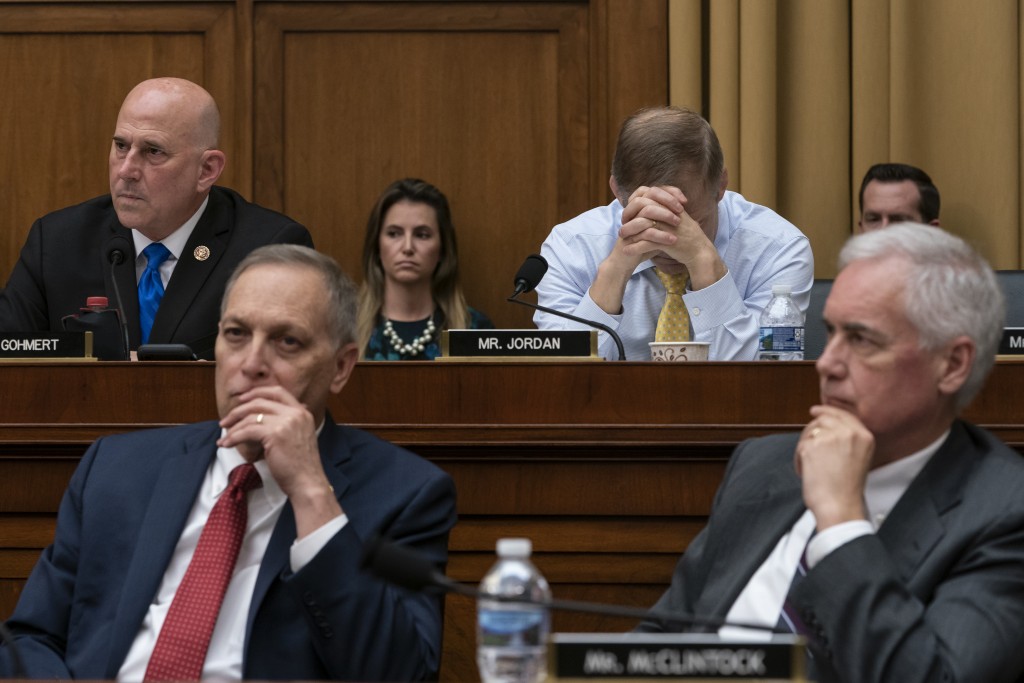 The vote Wednesday capped a day of ever-deepening dispute between congressional Democrats and President Donald Trump, who for the first time invoked the principle of executive privilege, claiming the right to block lawmakers from the full report on Mueller's probe of Russian interference to help Trump in the 2016 election.

"We did not relish doing this, but we have no choice," Nadler said after the vote.

The White House's blockade, he said, "is an attack on the ability of the American people to know what the executive branch is doing." He said, "This cannot be."

But Justice Department spokeswoman Kerri Kupec said it was disappointing that members of Congress "have chosen to engage in such inappropriate political theatrics."

Barr made "extraordinary efforts" to provide Congress and the public with information about Mueller's work, she said.

Late Wednesday the chairman of the House Intelligence Committee issued his own subpoena to the Justice Department for the full Mueller report, as the confrontation intensifies.

Democratic Rep. Adam Schiff of California, whose committee had previously requested the documents, said he has "no choice" but to compel the department's compliance. He warned that if it continues to "ignore or rejects our requests," the panel could take legal action.

Though the White House initially hesitated on invoking privilege, Trump told his staff and political advisers in recent weeks to refuse to cooperate with Democrats, believing the party's goal was simply to damage him politically going into his reelection campaign. The coming legal battle could stretch to 2020, and the White House is aiming to tie up congressional probes until Election Day.

Executive privilege is the president's power to keep information from the courts, Congress and the public to protect the confidentiality of the Oval Office decision-making process.

The president's decision was weeks in the making, the next inevitable escalation between the White House and Congress over a number of probes. The White House has rejected all efforts to probe Trump's business dealings or tax returns as well as the West Wing's security clearance procedure.

The committee voted along party lines, 24-16, to recommend the full House hold Barr in contempt, but only after some five hours of heated and, at times, emotional testimony.

Democrats made their case that Congress was at a historic juncture as it confronts what they consider Trump's stonewalling of lawmakers' ability to conduct oversight of the administration. Republicans portrayed the majority as angry and lashing out at Barr after the special counsel did not find that Trump colluded with Russia to swing the 2016 election.

Said Democrat Sheila Jackson Lee of Texas: "The president now seeks to take a wrecking ball to the Constitution of the United States."

And Rep. Cedric Richmond of Louisiana said the road ahead may be "messy" but Democrats must fight to "protect our democracy." Other Democrats called the standoff a "serious" and "grave" moment.

However, the panel's top Republican, Doug Collins of Georgia, said Democrats were manufacturing a crisis and rushing the process to "sully Bill Barr's good name."

Rep. Matt Gaetz of Florida, a Trump ally, said the Democrats were trying to "delegitimize" the president and biding time before they try to impeach him.

House Speaker Nancy Pelosi has said the next step will be consideration by the full House. Nadler said that will happen soon.

If approved by the House, where the Democrats hold a solid majority, the contempt resolution would almost certainly move to an unusual, and potentially protracted, multi-pronged court battle with the Trump administration.

The contempt finding could be referred to the U.S. attorney for the District of Columbia, a Justice Department official who would be likely to defend rather than oppose Barr. Democratic House leaders could also file a lawsuit, though the case could take months or even years to resolve. Some committee members have suggested they also could fine Barr as he withholds information.

In a letter Wednesday to Trump , Barr explained that the special counsel's files contain millions of pages of classified and unclassified information. He said it was the committee's "abrupt resort to a contempt vote" that "has not allowed sufficient time for you to consider fully whether to make a conclusive assertion of executive privilege."

Barr told Trump he should assert privilege now, "pending a full decision on the matter."

Talks with the Justice Department broke down over the committee's subpoena for an unredacted version of the report.

Barr released a redacted version of Mueller's 400-plus-page report to the public last month, but Democrats subpoenaed the full document , along with underlying evidence.

The department has rejected that demand, while allowing a few top lawmakers from the House and Senate to view a version with fewer redactions. That version blacks out grand jury information, which needs a judge's approval for release, and it doesn't include the report's underlying evidence. Democrats have said they won't view that version until they get broader access.

Almost half the report's pages contain some type of redaction including those around the Russian influence campaign, presidential pardons and other topics.

Barr has refused to testify in public to the committee after a disagreement over the Democrats' demand that he answer questions from a staff attorney in addition to lawmakers. The committee is in talks for Mueller himself to appear May 15, but there is no agreement yet, and Trump has said Mueller should not testify.

Nadler also has threatened to hold former White House Counsel Don McGahn in contempt of Congress if he doesn't testify before the committee later this month. Nadler rejected a White House claim that documents McGahn refused to provide despite a subpoena are controlled by the White House and thus McGahn has no legal right to them.

Pelosi, who has tamped down calls from her liberal flank to launch impeachment proceedings against Trump, said in a Washington Post interview Wednesday that the president, by obstructing Congress was becoming "self-impeachable."

Mueller, in his report, said he could not establish a criminal conspiracy between the Trump campaign and Russia, but he did not reach a conclusion on whether Trump obstructed justice. Barr said he and Deputy Attorney General Rod Rosenstein decided there were not grounds to charge Trump with obstruction.