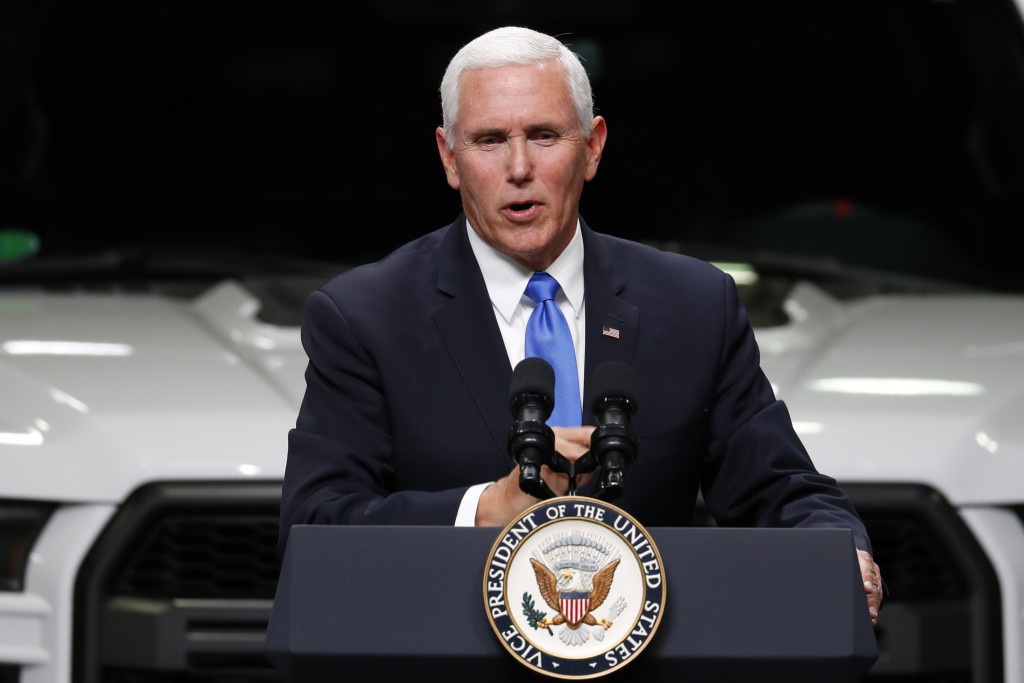 Pence was scheduled Thursday to visit a Minnesota farmstead near Fargo, where Minnesota Farm Bureau President Kevin Papp will be among agriculture leaders participating in a discussion about the agreement that awaits action in Congress. Papp says his first question will be whether Pence can help close the deal, which he believes will require the Trump administration to lift steel and aluminum tariffs on U.S. allies.

"Tariffs are no more than a tax at the border," Papp said. "It's killing us in agriculture."

When Pence wraps up his meeting at R & J Johnson Farms in Glyndon, he will head to St. Paul and give a speech to workers at Gerdau Ameristeel, one of the mills that Trump's tariffs are meant to help. Papp, for one, realizes the dichotomy.

"We're a unique state," he said, referring to Minnesota's agriculture and mining industries. "We're going to have to work together and get this done as soon as possible."

U.S. Rep. Pete Stauber, a Republican whose district includes northeast Minnesota's Iron Range, said the steel tariffs have stopped countries like China from dumping steel into the market, noting that U.S. shipments went up 5 percent last year while steel imports dropped by 4 million tons. At the same time, he said the U.S.-Mexico-Canada Agreement, or USMCA, will allow farmers to export more products to Canada.

"President Trump and his administration is not trying to pit the farmers against the steel workers or the manufacturers against the steel workers at all," Stauber said. "Our Minnesota farmers not only feed our Minnesotans and this country, they also feed the world and we want to make sure that we give them the opportunity to move their products across this globe in a free and fair way."

Robert Kudrle, an international trade specialist at the University of Minnesota, said it's "tricky business" for Pence to be selling a package that includes a 25 percent tariff on steel and a 10 percent tariff on aluminum. The Mexicans and Canadians don't like it, nor do most Republicans in Congress, Kudrle said.

"The fact that it is still there is something (Pence) can talk to the steelworkers about," said Kudrle, who added that some of his audiences have no clue about tariffs because they were "kind of a thing of the past until a few years ago."

Oddly enough, Kudrle said, most of the USMCA is "really not very different" from the original NAFTA deal that "the president said was the worst agreement ever signed."

Brandon Wipf, a soybean farmer from Huron, South Dakota, said he's happy the administration is continuing to push passage of the USMCA. However, he said the steel and aluminum tariffs are bad for farmers because they have stalled the deal in Congress and artificially inflated prices on farm equipment, grain bins and other agricultural products.

"Farmers are really getting it on both ends, both in terms of our trade markets and the expenses incurred trying to produce them," Wipf said. "Trump is not eager to change that."

Randy Richards, a farmer in Hope, North Dakota, and member of a local bank board, said because of the administration's trade policy many producers can't pay for day-to-day operations so they're borrowing more money, carrying a larger debt load and paying more interest.

"How it affects me and how it affects my neighbors is everybody's pushing the limit on what they can afford to borrow," Richards said.