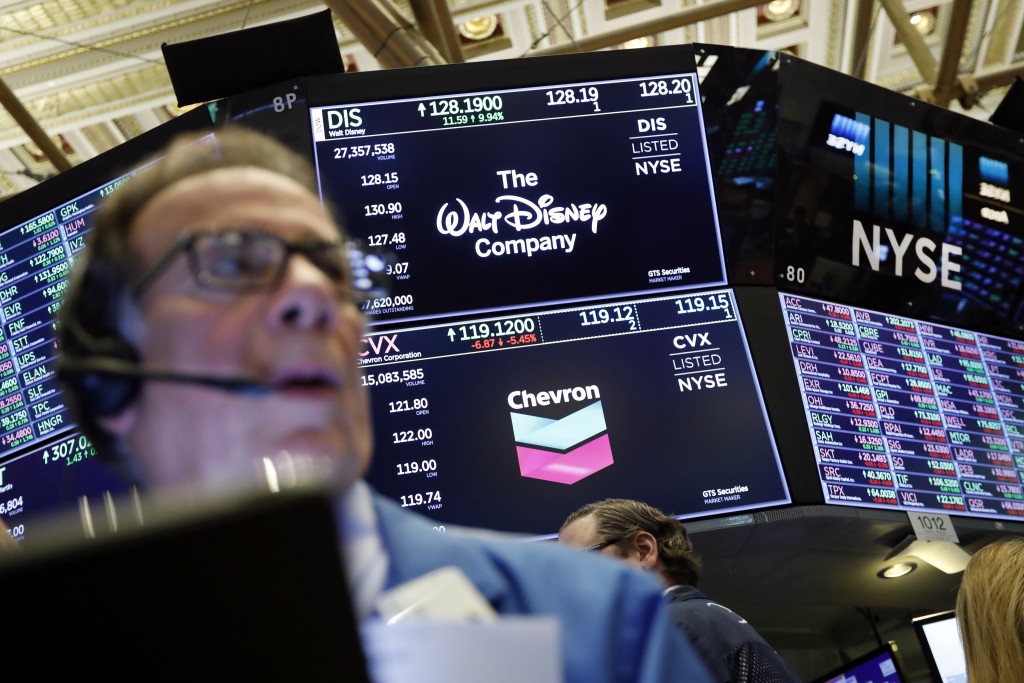 Net income for the quarter ended March 30 jumped 85% to $5.34 billion, or $3.55 per share. The company's bottom line got a big boost from a non-cash gain from its acquisition of controlling interest in streaming service Hulu.

Adjusting for that and other one-time items, Disney's quarterly net income came to $1.61 per share, down from $1.84 a share a year ago. The average estimate of five analysts surveyed by Zacks Investment Research was for earnings of $1.59 per share in the latest quarter.