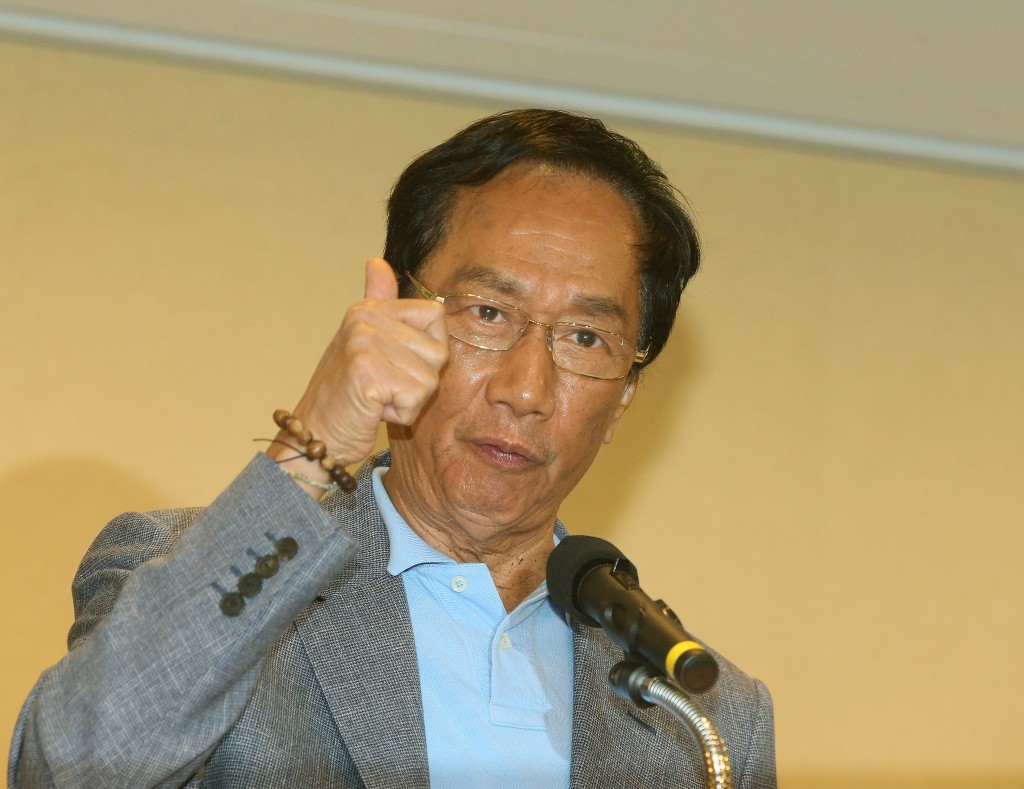 TAIPEI (Taiwan News) – The Foxconn Technology Group will move some of its production lines from the Chinese cities of Shenzhen and Tianjin to Kaohsiung, company chairman and presidential contender Terry Gou (郭台銘) said in a magazine interview published Wednesday (May 8).

The tycoon, who announced his intentions last month to run for the Kuomintang (KMT) candidacy, has been attacked for his large-scale manufacturing presence in China. Owning huge factory complexes there would make him vulnerable to demands from the country’s communist rulers, critics argued.

In an interview with CommonWealth Magazine, he said that under the influence of the current trade war between China and the United States, he would move at least part of the production lines in China to Kaohsiung, a decision which he had already discussed with the city’s mayor, Han Kuo-yu (韓國瑜), his potential rival in the KMT primaries.

Taiwan could look forward to becoming a major information technology and server manufacturing site and market for Foxconn outside China, Gou told the business magazine. The group is known worldwide as one of Apple Inc.'s key suppliers of iPhones.

The tycoon also said his company was “rearranging” its supply chains in Houston, Indianapolis and Mexico, where it had 20,000 employees, to seek the best business advantages in response to changes brought on by the Trump Administration. Over the years, Gou has often been accused of not following through on promises of new factories and jobs.

The government has been encouraging Taiwanese companies who invested overseas, mostly in China, in the past, to return home and invest more in Taiwan. The policy has been proven a success, as its initial annual target is expected to be reached before the end of this month, reports said.