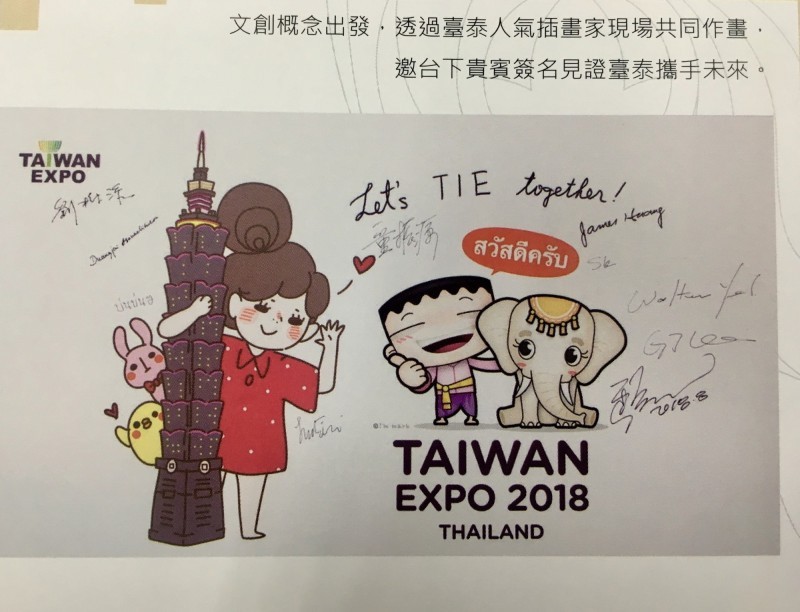 While Taiwan Expo had been held in first-tier cities of foreign countries, this year will mark a shift in the practice by moving the expos to five second-tier cities in Southeast Asia. The cities are New Delhi in India, Penang in Malaysia, Hanoi in Vietnam, Surabaja in Indonesia, and Davao in the Philippines.

The Bureau of Foreign Trade (BFT) has authorized TAITRA to organize the Taiwan Expo series since 2017. Instead of focusing on selling products as has been done in the past, this year’s Taiwan Expo will present “Taiwan flavors,” including the country's culture, industry, tourism, and medical resources, to residents of the five cities, reports the BFT.

In the past two years, the Taiwan Expo series has been held in six foreign countries, including Indonesia, Malaysia, Vietnam, the Philippines, Thailand, and India, attracting 1,400 companies to participate, the BFT said.

Along with a slew of associated activities such as cultural performances, industry forums, procurement meetings, and road running events, the expos have attracted 210,000 visits from local residents and enabled 500 enterprises to enter local markets in the past two years, the bureau added.

Chiu Hui-li (邱揮立), the head of TAITRA's industrial promotion section, concluded his experience of holding the expos in the past two years, saying that Malaysians are most enthusiastic about Taiwanese culture, that India’s interest in Taiwanese enterprise has grown, and that Taiwanese enterprises are most interested in Vietnam, Thailand, and Malaysia.

He added that many New Southbound Policy countries have gained an interest in Taiwan through the expos. For example, 66% of Indonesian expo visitors hadn’t visited Taiwan, but 88% of them became interested in the country after visiting the expos.