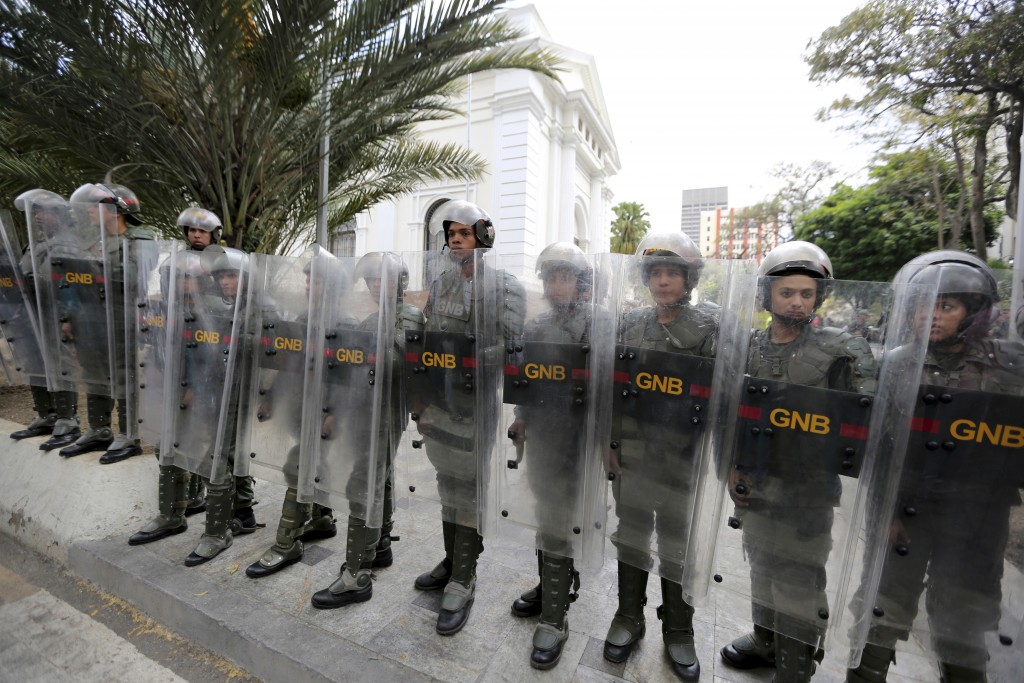 CARACAS, Venezuela (AP) — The Latest on the political crisis in Venezuela (all times local):

Venezuela's pro-government Supreme Court has opened a criminal investigation against seven opposition lawmakers in the aftermath of a failed attempt to spark a military uprising against President Nicolas Maduro.

The nation's highest court announced Tuesday that the lawmakers are suspected of "betraying the homeland" and "instigating an insurrection," among other charges.

The action comes one week after opposition leader Juan Guaidó urged soldiers to join the opposition and remove Maduro from power.

Maduro has sought to reassert his authority in the aftermath of the failed uprising attempt by cracking down on those suspected of participating.

Venezuela's opposition-controlled congress is meeting to discuss a proposal for Venezuela's return to a regional defense agreement that dates from the Cold War. It's a move that could provide political cover for greater international involvement in the nation's crisis.

U.S. officials have repeatedly said they are considering military "options" in the Venezuelan crisis in addition to diplomatic and economic pressure that has been intensifying for months against the government of socialist President Nicolás Maduro.

Military police prevented journalists from entering the National Assembly Tuesday, and some reporters were harassed by government supporters outside the building.