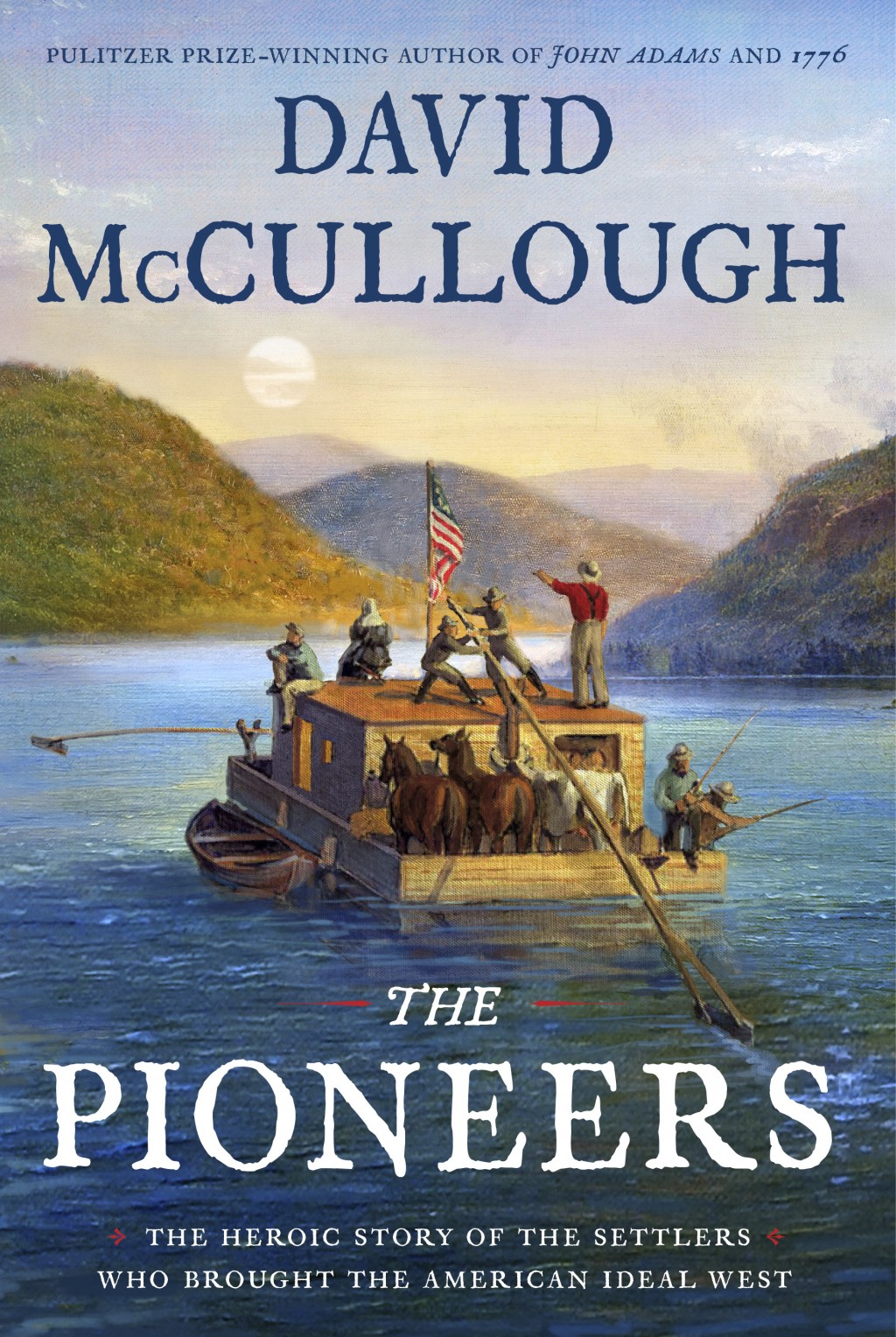 "The Pioneers: The Heroic Story of the Settlers Who Brought the American Ideal West," by David McCullough (Simon and Schuster).

When the Revolutionary War was over, and the Treaty of Paris had Great Britain recognize that a new country had been formed, Britain also gave the new government of the United States vast land northwest of the Ohio River, David McCullough notes in "The Pioneers: The Heroic Story of the Settlers Who Brought the American Ideal West."

While Congress was working on establishing a Constitution, a Massachusetts minister named Manasseh Cutler visited the area, trying to persuade people to pass a law declaring the area a new territory. The Northwest Ordinance was the first of its kind since the act passed promising freedom of religion, free education and the prohibition of slavery.

Soon the first pioneers braved the wilderness and established a permanent home in the area. They settled off the banks of the Ohio River and named the town Marietta after the Queen of France, Marie Antoinette.

McCullough is a master of research along with being a wonderful storyteller. He takes the history of the area, and turns what could be dry and somewhat dull into vibrant and compelling tales. The people who risked the vast wilderness fought disease, lack of food, and harsh winters without supplies. Each colonist had different reasons for gambling for a better future for themselves and their families.

The region and its occupants truly come alive in the hands of McCullough. It is a history that unfamiliar to most, and brushes with the famous and infamous add to the surprises. He also includes the viewpoint of Native Americans, and does not gloss over the uncomfortable reality that westward expansion had devastating consequences for existing populations. Not everybody who journeyed to Ohio was virtuous, and he includes stories from a diverse cast of characters. The book covers the movement to the area in 1787 up to 1853, when the State of Ohio had over 1.5 million people.

Lovers of history told well know that McCullough is one of the best writers of our past, and his latest will only add to his acclaim.