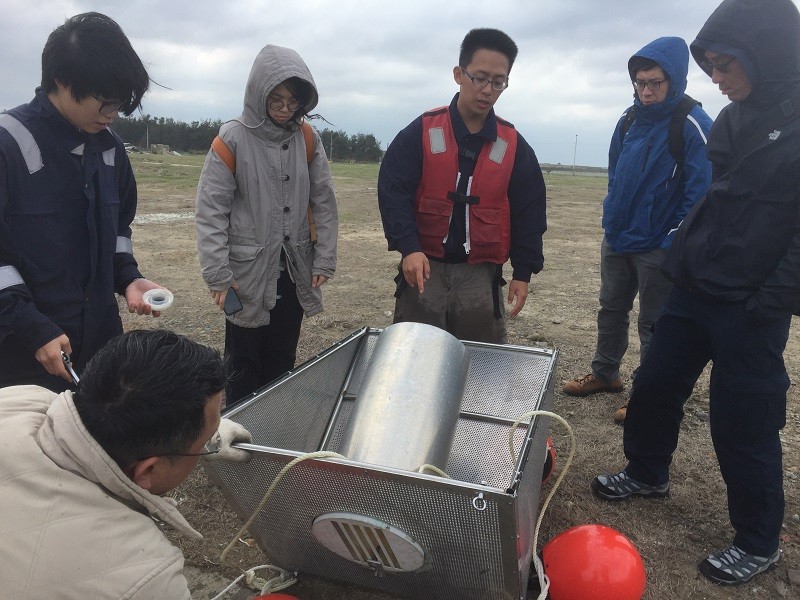 TAIPEI (Taiwan News) -- Micro PC was founded by two college students at Chung Yuan Christian University (中原大學) who developed a technology that cleans harmful substances from water, such as plastic microbeads in the ocean and algae in fish ponds.

They were awarded the 2019 Asia Pacific Social Innovation Partnership Award (APSIPA) for their innovative combination of technology and use of autonomous surface vehicles (ASVs) to clean microbeads. The award is associated with the Asia Pacific Social Enterprise Summit, which will take place at Kaohsiung Exhibition Center on May 11 - 12.

The award was set up to encourage social innovation and engage in partnerships that positively influence society and help realize the United Nation’s Sustainable Development Goals (SDGs), according to the award organizer. The competition is open to enterprises, NGOs, schools, and government agencies in the Asia-Pacific region.

Microbeads are tiny plastic particles whose diameter is less than 5 mm. Being so small, they can drift freely in the ocean and combine with other harmful substances, enter the human food chain, and affect our health. There are nearly 800,000 tons of microbeads floating in the ocean, according to Micro PC.

The Micro PC students were classmates in a problem-solving class at the university. Group co-founder Chiu Shen-fu (邱申富) hails from a fishing village in Kaohsiung.

He often went fishing with his grandfather when he was a boy, and witnessed firsthand the deaths of many fish, shrimps, and shellfish due to consumption of plastic microbeads and fragments. Chiu realized the seriousness of plastic pollution and began to think about what young people could do to help solve the problem.

An urge to solve the microbead problem started to bind Chiu and his classmate Alice Hung (洪以柔) together, and they formed a mission-oriented company, called Micro PC.

Subsequently, they put their expertise into action and developed a microbead catching technology. From this they invented cleaning devices that are capable of ridding water of harmful substances, such as microbeads in the ocean, algae and other harmful substances in fish and shrimp ponds.

The devices can be used in combination with boats and ASVs, to navigate seaports, rivers, and reservoirs. Alternatively, they can be used as fixed stand-alone devices, for carrying out microbead cleaning tasks, according to the award organizer.

The award-winning partnership between Micro PC and Taiwan UAS Application Development Association combines microbead cleaning devices with ASVs to clean plastic garbage. This is a method that can be applied widely and inexpensively, the organizer said.

Hung, who is the company’s CEO, said her company has sold a device to Hsinchu City’s Bureau of Environmental Protection. This was put into operation at Nanliao Seaport, with great results, and the hope is more government agencies will follow suit.

In addition to the ocean and ponds, Hung said the devices can be used in rivers and reservoirs to rid them of harmful substances. With cleaner human food chains, the results are improved protection for our health, she said.

Micro PC also hopes to extend its campaign from Taiwan to other parts of the world. The company is currently in contact with Hawaii and Southeast Asian countries like Thailand, the Philippines, and Malaysia, who are interested in the devices, Hung added.